I am attracted to extraordinary stories of ordinary people 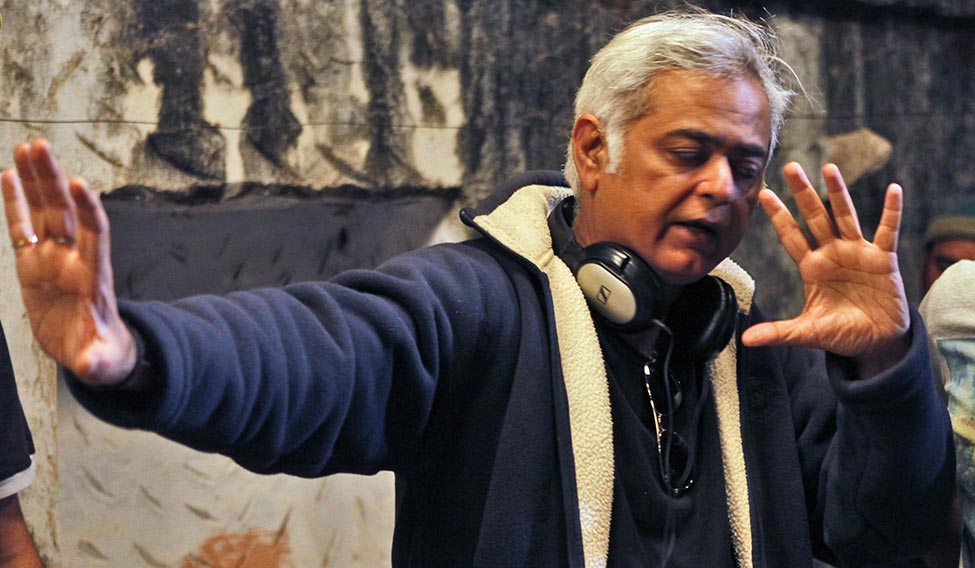 The two films—Shahid and Aligarh—came into being through newspaper reports. Why did you pick these two incidents?

The trigger was always the stories and the characters that drove those stories. The stories, in turn, reflected our times and resonated with deep humanity. On a personal level, I am attracted to extraordinary stories about ordinary people. I believe that films like Shahid and Aligarh will be viewed by future generations to understand the times that our generation inhabited—these are cautionary tales that reflect the chaos inequality, deprivation, repression and polarisation can cause.

What were the difficulties you faced while making the film?

I try my best to focus on my characters, their world and their stories. I try to tell the stories in an engaging manner through my films. I have been fortunate to have exceptional writers like Apurva Asrani and Sameer Gautam Singh, who have fed me with engaging screenplays steeped in extensive research. I have always relied on their research to direct these films by responding to characters and their environment. I try to be instinctive and to let my key team members in turn pursue their own explorations. The actors, cinematographer, production designer, costume designer, composer, sound designer and other disciplines push me to channelise my instincts towards research and authenticity.
The challenge is not to 'dig up' facts but to use those facts to make the film accessible and cinematically authentic.

Neither Shahid Azmi nor Prof Siras were there to tell you their stories. How did this affect your work?

Perhaps the reason I don't like being labelled as somebody who makes biopics is that whether it was Prof Siras or Shahid Azmi, we tried to imagine and inhabit the inner worlds of men who were not alive to tell us their stories or their internal processes. My writers and my actors built an interpretation while I discovered these characters as I shot these films. We take pride in the fact these films interpreted and presented these amazing lives with honesty and simplicity. Craft, technique, commerce and technology supported this honesty—they never imposed upon the narrative.

What are the things you keep in mind with respect to location and art direction?

As I've said earlier, my writers have always provided me with a solid framework using which the entire team can explore the character's world. But every films has its own set of unique characters and unique circumstances. In case of Shahid, the process was very different from what we followed in Aligarh. In Shahid, we were fortunate to be supported by Shahid's family and friends. We got to shoot in all the places that the original characters had inhabited. While this was very fortunate in terms of authenticity it also posed many problems to the cinematographer Anuj Dhawan in terms of space, lighting and movement. But the film's lack of budget ensured we remained grounded and authentic. In that sense we were lucky to not have a budget for the film! Shahid was a crazy shoot and even now we wonder how we pulled it off without money and resources. It will always remain my most special film, made even more special by the beginning of my collaboration with Rajkummar Rao and the rediscovering of my collaboration with Apurva.

Aligarh was another story altogether. We were not allowed in Aligarh for even a recce, with my associate director being issued a threat a night before we departed. We replicated Siras' winter of loneliness in Bareilly. It is to the credit of the phenomenal Manoj Bajpayee, my production designer Indranil Chaudhry and Cinematographer Satya Rai Nagpaul that they re-created Siras' desolation, melancholy and romance in a new town. Also, equal credit to the composer Karan Kulkarni and the sound designer Mandar for staying true to the character's very silent world. Also don't forget that Aligarh had another strong protagonist in Rajkummar Rao's interpretation of Deepu. His world was more energetic and colourful than Siras' muted environment, yet it was similarly claustrophobic. Aligarh was exhausting and very challenging but equally rewarding.

There is always a risk of a backlash from the public and the family. How much of that is taken into consideration?

I never let backlash bog me down. I thrive on risks and when I'm not taking risks I feel like I'm not necessarily doing my best. The truth is films don't lie. If you tell an honest tale, people respond to the intent. The intention has never been to sensationalise or to capitalise on popular mood, but to focus on chronicling these incredible stories of our volatile times. Did we face a backlash? Yes, we did. But did that deter us? No. It never will.

Something about the research and making of Omerta?

Omerta is a film I wanted to make nearly 10 years ago, much before I made Shahid. It is based on a story by my friend and actor Mukul Dev. It is based again on a real-life character and this time the character is still alive. It examines the very opposite end of the axis of politics and radicalism that Shahid explored. It is a character (played by Rajkummar Rao) that set out with the same angst that Shahid Azmi had but chose a gruesome path to seek solutions. It is perhaps my most complex, most violent film yet and one that is a 'behind-the-scenes' of a vast series of events that have impacted the past 20 odd years. I am most excited and anxious about this film.

You want to make films on Irom Sharmila and Sanjay Gandhi. What interests you about these people?

Let me clarify again: I am not making any film on Irom Sharmila. I am supporting a young filmmaker who is writing a script called Imphal that touches upon Irom Sharmila's struggle among other things but is not even remotely a biopic on her.

On Sanjay Gandhi, yes, I am very excited about that film. It deals with a dark chapter of our countries' history, one that needs as much chronicling as possible as a cautionary tale for future generations. Sanjay Gandhi is a forgotten chapter relegated to a time that even the Congress wants to disown. It is a great story to tell and I'm going to have fun telling it. More about it soon.