A strong performance belies a dangerous outlook on mental health 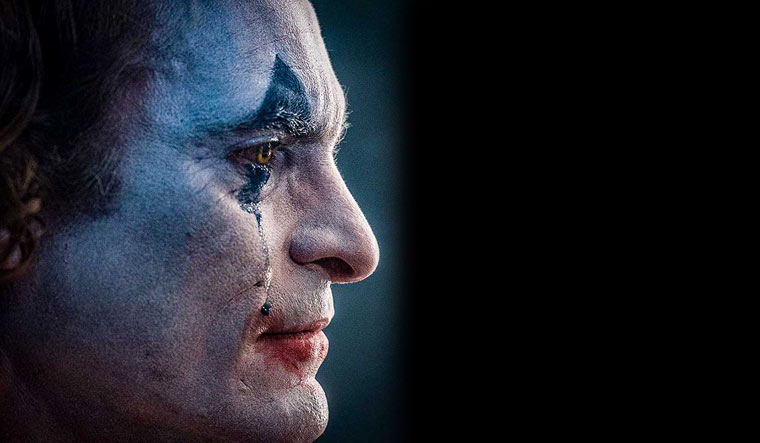 Joaquin Phoenix as the Joker | IMDB

It feels unfair, somehow, to argue that a movie about the Joker has too much of the Joker in it. But, consider this: Heath Ledger had just 33 minutes of screen-time as the iconic supervillain in Christopher Nolan’s The Dark Knight.

The movie was not about him, and yet, most will think of Ledger when they think of The Dark Knight. But, it was not Ledger alone who made TDK great. Ledger’s performance in TDK was just one part in a sum that included gripping storytelling, compelling supporting characters, and Batman.

Todd Phillip’s Joker feels incomplete compared to TDK, and somehow, feels like it has done less with more, with Joaquin Phoenix as Arthur Fleck, the subject of the camera for most of the film’s two-and-a-half hours duration.

Phoenix tries, with great effort and suffering, to embody the pain of the Joker’s re-imagined standalone origin story as a failed stand-up comedian who has become the punching bag of a city steeped in corruption.

But, much like how multiple paragraphs can often be summarised into a single sentence, Phoenix’s pained journey to becoming the Joker can also be summarised with a quote from Alan Moore’s 2014 animated Batman movie, The Killing Joke: “All it takes is one bad day to reduce the sanest man alive to lunacy.”

Replace one bad day to several and you get the essence of the message that Joker communicates: Life was unduly hard to Arthur Fleck and the society that runs such a man down will eventually get what it deserves for pushing a mentally-ill man to a point-of-no-return.

Fleck is beaten up within minutes of appearing on screen. He is goaded into losing his job, bludgeoned into losing his humanity, and mocked for his dreams. He is the butt of everybody else’s jokes, but his own jokes elicit no laughter. His ribs punctuate his skin in the tried-and-tested route of the method actor who knows that the road to accolades is littered by the travails of self-imposed suffering (see Christian Bale in The Machinist and Leonardo Di Caprio in The Revenant).

In addition, he suffers from a condition that leaves him laughing uncontrollably at random, even in moments where he would much rather cry. It is painful to watch but also easy to empathise with. Many of us are forced to don masks and the masks do not always do justice—or fit.

Joker is a powerfully-told story. But, by painting Fleck’s journey towards becoming the murderous Joker as one of self-discovery, it becomes a story with a conflicted and perhaps incomplete message—that the only outcome of poor mental health and ill-fated circumstances is violent combat against society.

This may not be the in-universe case, but, without Batman, the Joker gets the final word. Only a sequel can complete the tale, but as of now, this film has been firmly pitched as a standalone title. 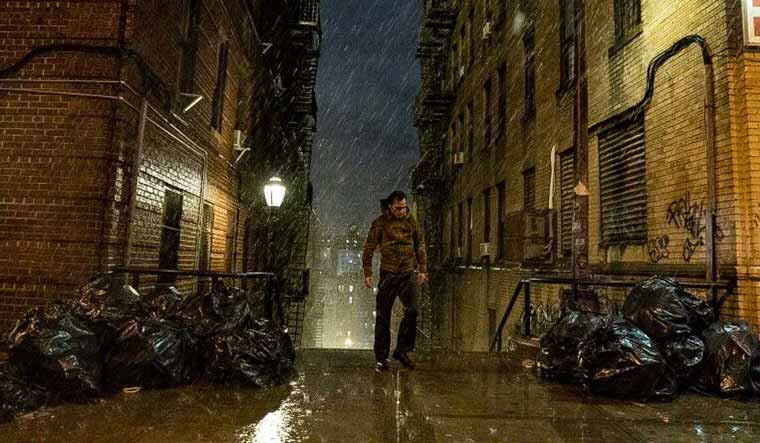 A scene from the film | IMDB

We must remember that the cultural impact of TDK was not just to spawn an avalanche of Joker-themed merchandise and pop-culture references, but also the 2012 mass shooting in a theatre in Aurora, Colorado, that left 12 dead and 58 injured. It was during a screening of TDK's sequel, The Dark Knigh Rises, that the gunman, who would later refer to himself as ‘the joker’, opened fire.

In shooting after shooting that has taken place in the United States ever since, the narrative of mental-health issues ‘creating’ the lone-shooter has grown ever-common.

Fears that Joker could lead to violence led Warner Bros to issue a statement, a week ago, stressing that their film did not seek to make the Joker a hero, but that, nonetheless, “one of the functions of storytelling is to provoke difficult conversations around complex issues”.

How difficult the conversation you have about Joker will depend entirely on what you feel the film is trying to say. Is this a paean to the anarchist or a cautionary tale to a society that extols the virtue of the powerful crushing the weak?

You might walk out of a screening of Joker with a renewed empathy for those who routinely suffer from mental health issues and who risk being left behind in a society that takes itself too callously. But, you may also walk out of the theatre with a fear of the very same people. The problem is that if this movie has an ideology, it only presents half of it—an anarchic ideology that openly advocates violence; the murder of the brashly rich and powerful; the violence of the mob against the police officer; the public execution of the crowd-pleaser in the name of the outcast.

All said and done, it is a memorable film. And yet, perhaps inevitably, Phoenix does not resonate as powerfully in 2.5 hours as Ledger did in 33 minutes. That is because Ledger had both plot and Batman on his side and this let his actions do the talking. In TDK, you waited for Ledger’s scenes with anticipation, but in Joker, you are given no respite from Phoenix’s character and no opportunity to weigh it against someone else’s.

Joker is a visual treat, with 1980s Gotham city showcasing many nods to Scorsese films like Taxi Driver and The King of Comedy—made all the more apparent by the fact that Robert De Niro stars in all three. Scorsese himself was considered as an executive producer for this film but his shooting schedule for The Irishman clashed with the required dates.

Much like in Taxi Driver, Joker uses the trance-like effect of keeping the audience fixed to the growing derangement of the point of view of one socially-isolated character. Much like in The King of Comedy, the film depicts the struggle of a stand-up comedian to get his break while immensely-more popular people dominate the airwaves.

De Niro is a powerful presence as a talk-show host who embodies everything there is about popular culture that men like Arthur Fleck grow to despise. Zazie Beetz of Atlanta fame plays the would-be love interest of Fleck.

It is odd that, in a movie that purports to be the origin tale of the green-haired deceptively-insane supervillain, there still needs to be a Batman. But, it is necessary, for without it there lacks a yin to yang, a good to evil, and a counter-argument to the titular character’s methods.

The final judgement remains unclear: Was this a neo-noir psychological thriller behind the mask of a guaranteed-blockbuster origin story, or was it the other way around?