"He is stable as compared to his condition in the last three days," says doctor 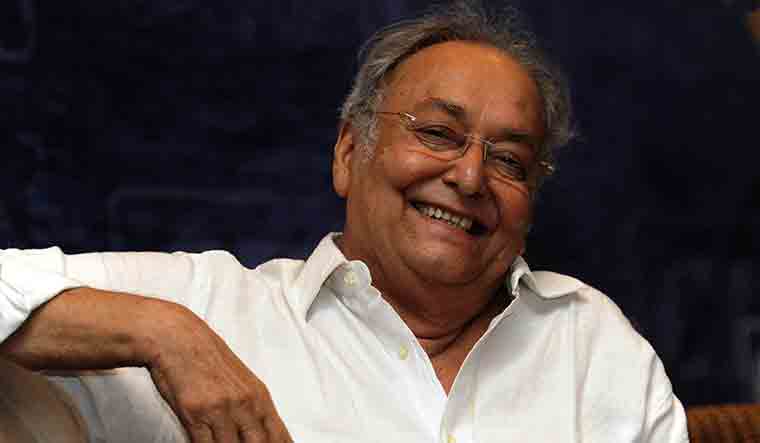 Doctors treating legendary Bengali actor Soumitra Chatterjee at a private hospital in Kolkata on Friday decided to give a break to the dialysis conducted on him after his condition improved a bit compared to what it was in the last 72 hours, senior officials in the hospital said.

The impact of stopping the dialysis on the 85-year-old thespian would be monitored and a decision on resuming or ceasing it completely would be taken accordingly, said a doctor at the private hospital where Chatterjee is undergoing treatment since October 6.

"He is stable as compared to his condition in the last three days. We have decided not to go for dialysis today. After evaluating his condition, we will take a call tomorrow on this," the doctor told reporters.

Starting Wednesday, two sessions of dialysis have been conducted on Chatterjee, which improved his vital health parameters.

The urea and creatinine levels in his blood have come down and the acidosis (increased acidity in the blood) has been rectified, the doctor said.

The veteran actor, who has been on a ventilator since last week, was maintaining well and his oxygen saturation has also improved with support.

"Regarding ventilation, he is maintaining well. His oxygen support is below 40 per cent and his saturation is around 98 per cent. His blood pressure is also fine," he said.

His haemoglobin level, though stabilised, is still low and blood transfusion is being provided to him.

"His platelet counts have stabilised so there is no requirement of any platelet transfusion," the doctor added.

On his consciousness, the doctor said that though Chatterjee was opening his eyes in the morning but remained unresponsive.

Prolonged stay in Intensive Care Unit (ICU) is taking a toll on him, he said.

He said that Chatterjee's neurological issues remained a matter of concern and they will start treatment for them once his other health parameters are stabilised.

The octogenarian patient has not developed fresh infections or fever, he added.

Chatterjee was admitted to the hospital on October 6 after he was afflicted with COVID-19. He later tested negative for the virus but remained in the hospital as other complications set in.