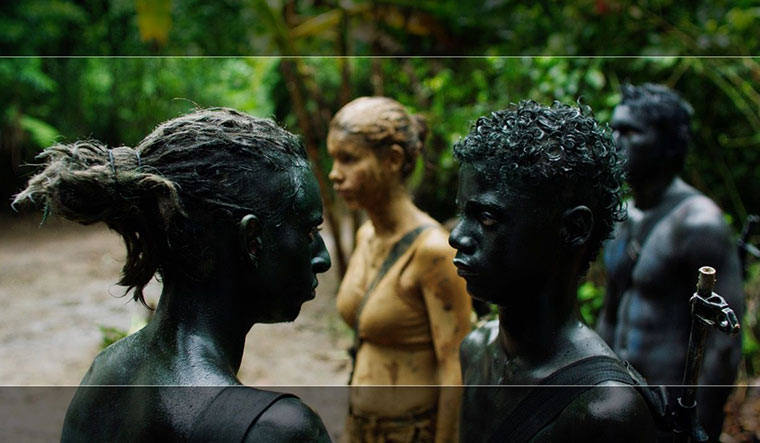 A handful of teenagers—code-named Rambo, Boom-boom, Dog, Wolf, Lady, Bigfoot and Smurf—are guerrilla soldiers in an unnamed South American country. They are made to do physical drills and given weapons training on a mountaintop, supervised by an instructor who visits them occasionally. They do not seem to know who or what they are fighting for, but are willing to hurt, maim and kill without a shadow of a doubt. It is drilled into them to obey commands and not to question.

The teen soldiers get a new assignment. They are to take care of a cow and watch over an American hostage, known only as 'Doctora'. Any failure in duty, they are told, will have dire consequences. But, after all, they are kids, and despite all the physical drills, they are unprepared for tasks that require diligence. Besides, the internal tension in the group is gradually escalating.

Directed by Alejandro Landes, Monos (Spanish for 'monkeys') occasionally reminds the viewers of the street 'soldiers' in HBO's The Wire or the teenagers in Kids (1995). The movie, which was the Colombian entry in the best international film category at this year's Oscars, is an unsettling watch about a band of kids separated from their families and forced to live in a forest with no contact with the rest of the world.