By Shalini Singh | From issue dated 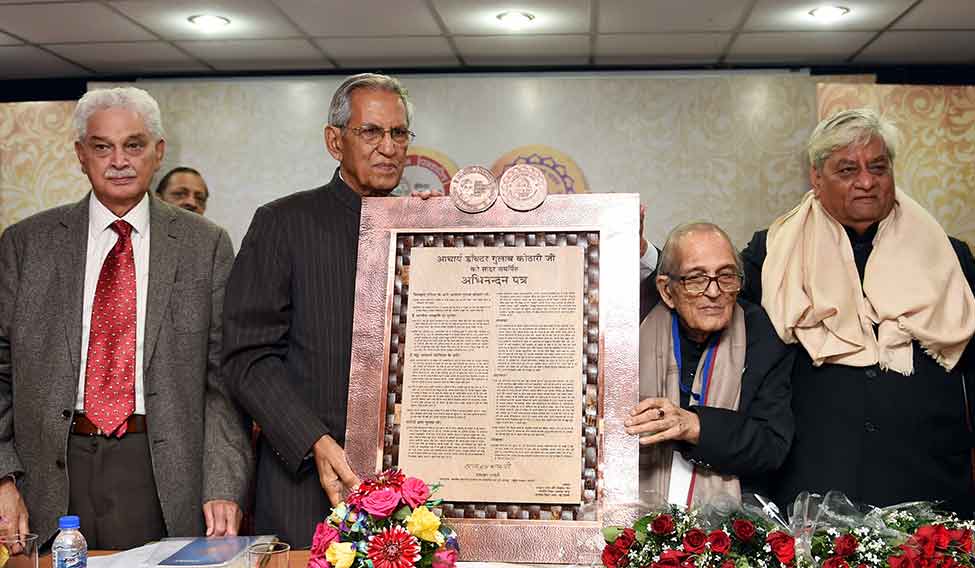 Gulab Kothari comes across as an unassuming person. The 67-year-old author and editor-in-chief of the Rajasthan Patrika newspaper group, prefers not to talk about himself. As he sat among a group of well-wishers at Delhi's Bharatiya Vidya Bhawan where he was being honoured for his contributions to the newspaper industry, he quietly directed those interested in his life to the ones who knew him better.

A three-day programme titled 'Ved, Vigyan and Patrakarita' was organised to felicitate Kothari for his work in the field of Vedic science, poetry and literature recently. Several litterateurs and thinkers attended the event. Among them was Anil Gupta, part of the DAV College Committee based in Ambala, who described his friend of more than 40 years as a “warm, accommodating person who treats his friends as his greatest asset”. Gupta said Kothari was greatly influenced by his father, a schoolteacher, who began by delivering newspapers on his bicycle. “As their media group grew, they shunned yellow journalism, which some others began following later,” he said.

In his acceptance speech, Kothari attributed his success to his parents and spoke about his time in the Air Force, which prepared him as a “warrior” to take on the role of an editor later. As an author, he said he looked upon writing as a “form of spiritual practice”.

Kothari's book The Universe: Manifestation of Consciousness was released on the occasion.