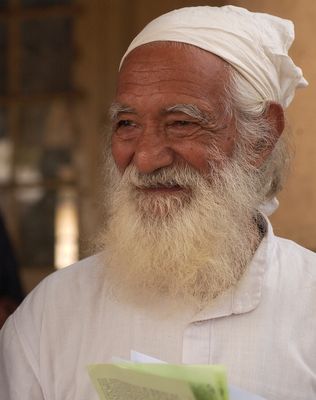 Sundarlal Bahuguna’s first defining contribution, and perhaps his most enduring one, was to the English language.

In the 1970s, he began guiding a forest conservation movement that he called ‘chipko’, which in Hindi meant ‘to stick to’. The movement’s early name had been angalwaltha, a culturally resonant term in the Garhwali language that meant ‘embrace’. That is what Bahuguna and his followers did—they hugged trees to prevent them from being felled by rampaging loggers in the Himalayan foothills of Uttarakhand.

By the time the world began taking notice of the peaceful agitation, the Hindi word, too, had embraced the Garhwali meaning. “The Chipko movement has mushroomed throughout India’s forest regions since it was founded a decade ago,” reported the New York Times in 1982. “Chipko means embrace.” And from Chipko evolved the word ‘tree-huggers’—a catchy but derogatory moniker that critics often use to ‘stick it to’ conservationists, but one that the conservationists themselves are only happy to embrace.

Bahuguna knew how to infuse deep meanings even into mundane words and deeds. In an interview in 2003, he predicted India’s gravest challenges. “Today our lifestyle is very different,” he said. “We do not think about oxygen. I think the first basic need is oxygen—and then water, food, shelter and clothing.”

Bahuguna, 94, died of Covid-19 on May 21 this year, when the pandemic had worsened the needs he had foreseen.

A wider goal of the Chipko movement was to conserve the ecology of the Ganga basin. And, much like the river, the movement had two headstreams—one led by Bahuguna, who focused on the Bhagirathi watershed, and another by Chandi Prasad Bhatt, who was active in the Alakananda basin. The movement began in 1973, when the forest department refused to provide hornbeam wood to a village cooperative started by Bhatt. The villagers needed the wood to make farm tools, but the department had auctioned the trees to a sports goods company in Allahabad.

When angalwaltha began, Bahuguna had been trekking the Himalayan foothills. He joined the struggle, widened its base and wrote articles in Yugvani—a nationalist weekly published from Dehradun—praising Bhatt as the chief organiser of the movement. “In the US, the modern environmental movement was inaugurated by a book, Rachel Carson’s Silent Spring (1962),” wrote the historian Ramachandra Guha. “In India, the modern environmental movement was inaugurated by the Chipko movement.” Guha, who was born in Dehradun, was one of the first to chronicle the movement as a student.

Both Bhatt and Bahuguna were Gandhians who believed in the village economy. They opposed large-scale industries and had distinct ideas about the direction the movement should take. Bahuguna, who knew several languages and was the more articulate of the two, had an all-embracing vision. And his slogan—“Ecology is the permanent economy”—struck a chord with people outside Uttarakhand, too.

“Development is a state in which the individuals enjoy permanent peace, happiness and fulfilment,” he said. “Whatever we have achieved today is by converting nature into cash. So, we have to redefine our civilisation. Those who employ the economic theory of nature are regarded as civilised. But those who live in perfect harmony with nature, who do no harm to nature, they are the civilised persons really.”

Bahuguna’s unorthodox protests against ambitious development projects made him well known in Delhi’s power corridors. Prime minister Indira Gandhi would often refer to him as the “Chipko Bahuguna” who felled projects instead of trees. But Indira was understanding enough to pass a 10-year ban on chopping trees in Uttarakhand, which was then part of Uttar Pradesh.

Once, when a desperate Union government sent emissaries to Bahuguna, asking him to end his fast against the Tehri dam across the Bhagirathi, he asked: “What have you done to the Yamuna? You have polluted the Yamuna and now you want the water from Ganga to wash off your sins in Delhi.”

Bahuguna was also a man of contradictions. He was a deeply spiritual person who believed in the dharma of vasudhaiva kutumbakam (the whole world as one’s family), but was still unable to prevent opportunists from using his work to achieve divisive political goals. “The devil quoting the Bible” was how he described them. Also, Bahuguna was the patriarch of what was primarily an ecofeminist movement led by uneducated, but enlightened, matriarchs like Gaura Devi, who was the first to inspire women to brave gun-toting loggers. Bahuguna’s wife, Bimla, was herself a leading light of the movement. She had worked for Vinoba Bhave’s Bhoodan movement in Bihar in the 1950s, before she married Bahuguna and became one of the pillars of the Chipko movement.

In his twilight years, Bahuguna painfully recognised that his Gandhian dream of self-sufficient villages was crumbling. “More people have migrated out of Uttarakhand than was the case before it attained statehood,” he said in 2017. With the government having ignored his warnings, he said, the life of Uttarakhand—its youth and the water from its rivers—was being sapped by the cities. “This is unfortunate,” he rued.

His life’s work, however, may have just started yielding results. In 2019, the Union government released the biennial State of Forest Report, which said the country’s tree cover had increased to 24.56 per cent of its total area—an increase of 13 lakh hectares in four years, the highest since independence.

It could be that people are finally understanding the folkish slogan that Bahuguna had made famous long ago. “Kya hain jungle ka upkar? Mitti, paani aur bayar; zinda rehne ke aadhaar.” What are the gifts of the forest? Soil, water and air. The basis of our existence.