With shows like Bridgerton 2and Ms Marvel, South Asian women are beginning to own their power

Is the world ready to accept these women? 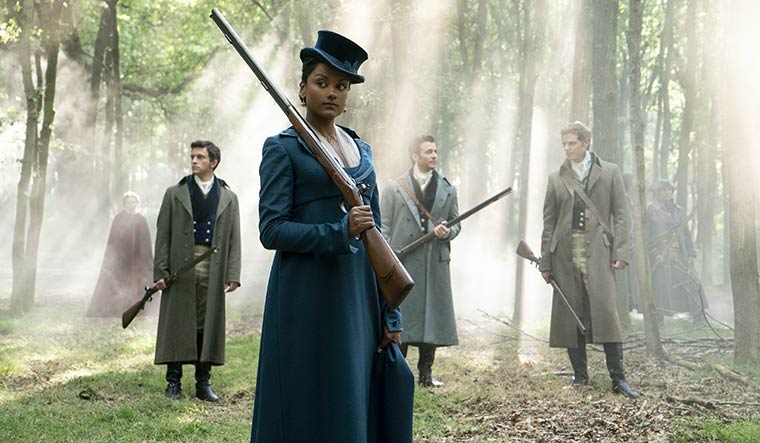 Twenty years ago, when Parminder Nagra played the role of an immigrant football junkie and a wannabe Beckham groupie in the film, Bend It Like Beckham (2002), she did not just kick a ball, she kicked some serious butt. When she balances a cauliflower on her knee or bends the ball behind a row of laundry, you can almost feel the scene swelling with the pride of thousands of invisible South Asian immigrant girls, with dreams of their own. As she smashes the ball into the net in the final match, the whole South Asian fraternity scored a collective goal. Or so they thought.

Many South Asian actors hoped Nagra would be their ticket out of anonymity. Sadly, they were wrong. As Snigdha Sur points out in an incisive piece in Juggernaut, it was not Nagra that the film turned into an overnight star, but her white co-stars Keira Knightley and Jonathan Rhys. According to the piece, Knightley is today worth $80 million versus Nagra’s $4 million. While Knightley went on to star in one of the most famous franchises of all time, Pirates of the Caribbean, Nagra was relegated to wearing period petticoats and making googly eyes at Anne Hathaway as her best friend in Ella Enchanted—a blah role that completely undermined her badassery.

Cut to 20 years later. Period petticoats on South Asian women are in, thanks to Bridgerton 2’s Kate Sharma, played by a brilliant Simone Ashley. Unlike Nagra in Ella Enchanted, Sharma is all sass, sex appeal and biting repartees. But here is the biggest difference: She is the one who gets the man in the end. In other words, she is the star of the show, the belle of the ball. Cue, applause.

“I yearn for someone fresh, someone unexpected, to turn this season on its head. That is what we need,” says Queen Charlotte (Golda Rosheuvel) in the series. The answer to her prayers is Kate, freshly arrived from India with her mother and sister, dewy-faced, dark-skinned and—wait for it—flaunting her Indianness. She calls her sister Edwina ‘bon’, wears jhumkas and bangles with her gowns, oils Edwina’s hair and brews masala tea. 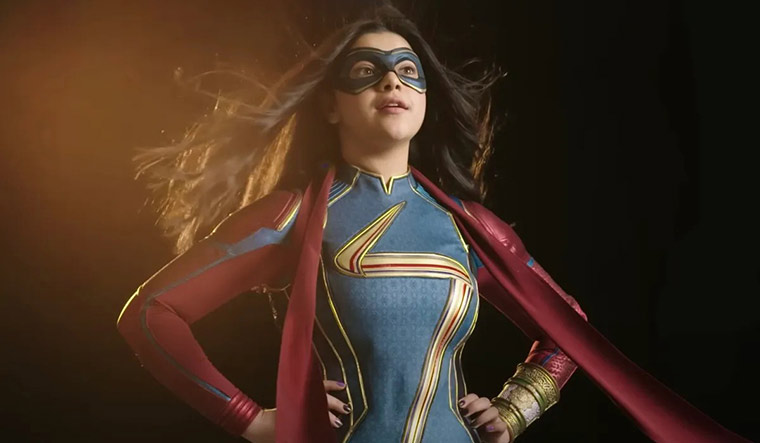 Yet, while the makers have strewn the show with many eastern Easter eggs, it has come under fire for its inaccurate portrayal of Indian life. Viewers wondered why the script used words from different languages—didi (Hindi), bon (Bengali) and appa (Tamil). Which part of India are the Sharmas really from? And who is this writer called ‘Ghaleeb’, one of Edwina’s favourites, or ‘maruli’, a mythical instrument she claims to play?

To right the wrongs of Bridgerton 2, enter the marvellous Ms Marvel, played by the equally marvellous Pakistani-Canadian actor, Iman Vellani. The best thing about the two episodes of Ms Marvel that aired on Disney+Hotstar over the past two weeks is that, unlike Bridgerton 2, the team behind the series is mostly South Asian and include the likes of head writer Bisha K. Ali, executive producer Sana Amanat and directors Adil El Arbi and Bilall Fallah. Zenobia Shroff, who plays Vellani’s mother in the show, hit the nail on the head when she said, “It is this crossover from being the other in the room to being the room….” 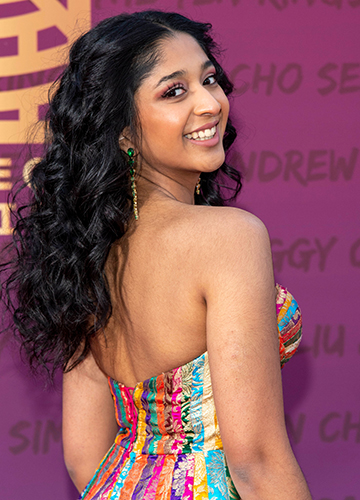 Maitreyi Ramakrishnan who played the lead role in Never Have I Ever.

Like Bridgerton 2, the show is strewn with cultural references, from Eid celebrations to Shah Rukh Khan movies. Even what unlocks Kamala’s superpower is connected with her heritage—a bangle that was sent to her by her nani in Pakistan. The subsequent episodes, we hear, will explore this relationship between her superpower and her family’s past in Pakistan. We got a teaser with Kamala’s father explaining how the bangle originally belonged to her great-grand-mother, who went missing during the partition.

The cultural references are not in-your-face, but rather skilfully woven into the narrative. “We are not trying to bash it over the head. We are showcasing a different aspect of a lived experience,” said Amanat, who also co-created the comic in 2014. “But ultimately, we are telling sort of a nerdy, fun fan story about a young woman coming of age.”

But it is a tough juggling act, and South Asian creators don’t have it easy, as they bear the burden of representing a whole under-represented community on American networks. As Mindy Kaling, the creator of The Mindy Project and Never Have I Ever said, “When you are a person of colour, you are inherently political. So, your existence onscreen is political.” Kaling, who rose to fame with her role as Kelly Kapoor in The Office, has become one of the most recognised faces from the South Asian community in the west. Her The Mindy Project did face some criticism for the portrayal of brown women as always aspiring to be white. But she redeemed herself with Never Have I Ever, a coming-of-age comedy about a 15-year-old Indian-American girl, Devi (Maitreyi Ramakrishnan), navigating the thorny terrain of teenage crushes, unpopularity and chronic nerdiness.

The portrayal of Asian women by white creators of yore was the worst affront to these women. Remember the hyper-sexualised depiction of Mark’s Asian ex-wife in Bridget Jones Diary (2001) or Jack’s new girlfriend in 30 Rock? These women, however, started reclaiming their space in 2015 with Priyanka Chopra Jonas’s Quantico. Now, they are showing the world who they really are, and they are doing it without being overly moralistic or schoolmasterly. In fact, if they were to have a superpower, it would be that of humour. In some scenes of Ms Marvel and Never Have I Ever, death-by-laughter is a real threat.

The question is whether the world is ready to accept these ladies out to unite and rule. When Bend It Like Beckham released, film critic Roger Ebert described Nagra as a “young actress of luminous appeal”. Still, in the long-run, these words turned out to be smoke without the fire. Will this new crop of South Asian actors change the script?