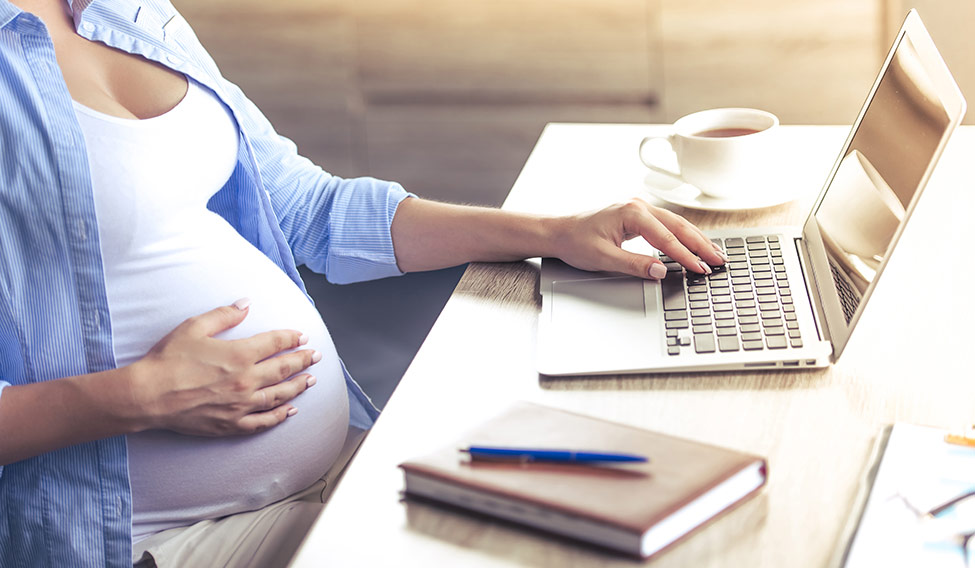 The Maternity Benefit (Amendment) Act, 2017, will catapult India into an exclusive league of welfare nations. But concerns are being raised about how employers will deal with the changes it demands.

The highlight of the Act is the increase in maternity leave for working women from the current 12 weeks to 26 weeks, for the first two children. Women who had long been asking for those extra weeks are, of course, happy. Some experts also expect the change to attract more talent to the workplace. “This will encourage and help women in organisations to continue with their professional aspiration,” said Adarsh Mishra, chief human resources officer at Panasonic India. Devleena Majumdar, HR head at the digital media company Culture Machine, said the Act is a step closer to becoming a more progressive society.

Not all, however, are happy. “As it is, many employers find women dropping off from work due to marriage, and the training cost incurred is not recovered. Now, the maternity leave enhancement means more cost to the employer to hire women instead of men,” said T. Muralidharan, chairman of the recruitment firm TMI Group. “Convincing employers to give women employees paid leave for 26 weeks would be a big deal where women are still paid less than men for the same work profile.” He fears that many employers may prefer not to hire women employees at all.

Companies are worried about the additional expenditure they would incur. And it is not just about the salary paid during the leave. “The bigger challenge is redundancy,” said Muralidharan. “What will the company do with the resource that they hire in the interim, when the employee returns from her maternity leave? It is a progressive step from a woman’s point of view, but not a fair step from the employers’ point of view, especially small and medium employers’.”

Companies might try to circumvent the law by stopping hiring women. A retired corporate consultant who didn’t wish to be named mentioned how a leading cloth maker laid off its entire women staff when the Sexual Harassment of Women at Workplace (Prevention, Prohibition and Redressal) Act was passed in 2012 to avoid any trouble. He sees a resistance to the law, particularly from small private companies. 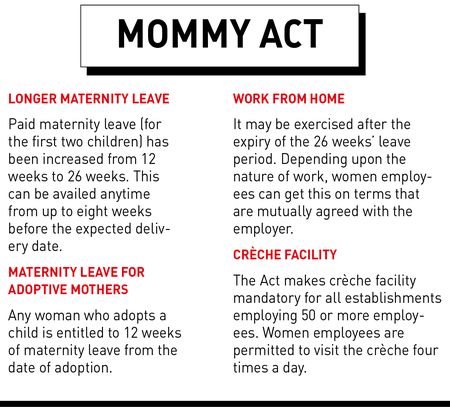 The bill was based on a report drafted by the National Association of Software and Services Companies and the law firm Trilegal. Consultations were held with big- and medium-size companies in eight cities. Swarnima, senior associate at Trilegal who worked on the report, said large IT companies had already increased the maternity leave for women. “The difference between India and Europe is that here, the companies would have to bear the cost, whereas in Europe, the government takes care. According to International Labour Organization, the best model is one where the government takes care. If the cost goes up, it will have an impact on hiring decisions of women. Even in the case of providing creche facilities within reasonable space, it will be a big challenge in cities like Mumbai and Bengaluru where space is limited and real estate is high,” she said.

For IT companies, the law could be helpful in attracting and retaining talent. “IT companies say the cost of training versus giving leave is less because the chances of the woman employee returning to work after such a maternity leave is high,” said Swarnima. She suggests the idea of shared parental leave for the future where the mother and father share the total leave available. “It is common in Nordic countries, and it takes the pressure off the women in terms of childcare and those who don’t want to lose touch with their careers,” she said.

This, however, will be an uphill task in India given the social mindset. “We can wait for society to change and then bring about such laws or we can first bring about laws that challenge the society to think differently,” said Swarnima.

Supreme Court lawyer Sunita Thawani, who resumed practice after a gap of more than a decade, said large companies would view the law from a long-term perspective. “The bill may not be easy to implement among the small companies where the number of employees are less and the cost may go up,” she said. “But companies should also recognise that good talent is hard to come by. What we need now is a push to change mindsets and sensitisation. There is enough data available that highlight the benefits of an inclusive and diverse workplace.”