We should constantly question authority 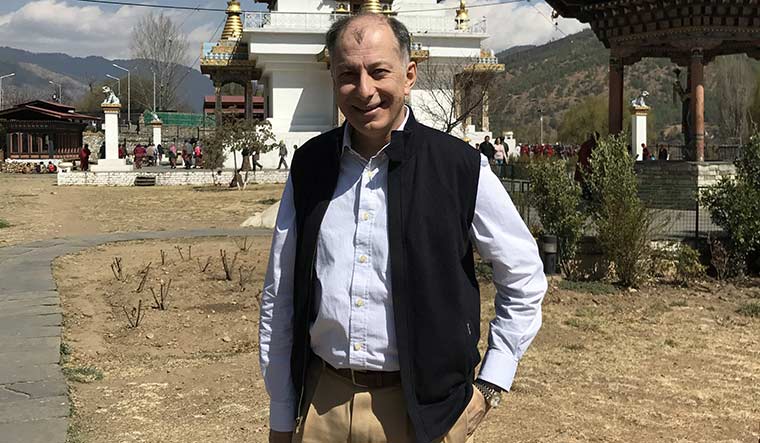 NAUSHAD FORBES was the face of Indian business back in 2016, when Prime Minister Narendra Modi demonetised 86 per cent of the currency in circulation. Forbes, then president of the Confederation of Indian Industry and co-chairman of one of India’s biggest engineering firms, Forbes Marshall, was forced to do a tightrope walk in handling India Inc’s response to the dramatic move.

Interestingly, it also sowed the seeds of an idea for a book, on his apprehensions over India’s future. The Covid-19 lockdown gave him time to put his thoughts into the book The Struggle and the Promise (Harper Business). But do not expect to find a de rigueur business success story peppered with anecdotes of interactions with the high and mighty. Forbes’s focus is firmly on laying out a blueprint that will help India live up to its promise.

Even while raking in the billions, this industrialist has always had an academic bent of mind. The same academic inclination prompted him to present an articulate vision for “restoring India’s potential”. Excerpts from an exclusive interview:

Q/ What made you put your thoughts out there?

I could both sense [India’s] potential, and what we needed to do to tap it. [And,] from 2017, I have felt that we were not in a better shape than the previous year—this was from an economic perspective as well as from a wider cultural perspective. These were things we needed to address.

Q/ What are the worry points?

Since 2017, we started seeing greater trade protectionism and a move away from free trade which had characterised India from 1991 onward. From 1991 to 2017, India was increasingly open. But [during] 2017 to 2021, we started to turn somewhat inward.

Second, there is a much greater polarisation in society—again post-2017-2018—with a much greater emphasis on the interests of particular groups, versus [that of] all Indians. It weakens us. The more we focus on those few things that unify everyone, the better, even if that does not lead to a solid base of support with a particular group.

Q/ You refer to the pattern of how whenever we have a strong Union government, protectionism goes up.

Q/ How do you get that to happen, where institutions assert their independence and governments act more like regulators?

One of the key requirements is that the funding of institutions needs to be assured. Second, you get the best person to head an institution as opposed to him being selected on political grounds—be it an educational institution or the Election Commission or the courts.

You cannot change it overnight. We should be sceptical and we should constantly encourage people to question authority and to question what they are hearing.

Now, how do you get there? Through education.

Q/ There is a push for uniformity all over, from marriage laws to business laws to taxes.

If you are referring to the uniform civil code, I am quite sympathetic to that. As citizens of India, I feel we should all be governed by the same laws. How [to do that] in as harmonious a way as possible is something we should try to do.

Having said that, it is possible to have uniform laws that apply to all citizens [along] with diverse [ways] for people to live their lives as they choose. Focusing on individual rights is the way to go.

Q/ That is so in western societies, but in Indian society, the focus seems to be on a bigger unit—the local community, or maybe the family rather.

Q/ Do you think we have too much taxation and complex laws governing the industry? Do you think that being a developing economy, constant changing of rules is an essential part of growth?

It should not be that you wake up one morning and realise that there is a new law you are subject to. Instead, [the government should] suggest: ‘This is the direction we go in, and this is how I propose we do it—here is a draft legislation’.

You attract comments and concerns, and hear everyone out, and only then do you move, step-by-step.

That may make you think one is moving slower, but progress will be faster at the end of the day because you are taking millions of people along with you.

The new National Education Policy is an example of doing things right. A draft was put up on the website, comments were invited—some were accepted, some were not. That is how good policy ends up getting implemented.

The farm laws are an example of getting it wrong. In my view, they were good for the agriculture sector and farmers. [But you] ended up having to reverse them because of how it was approached.

Q/ The government comes up with interesting ideas, but it underachieves when it comes to implementation.

Formulation and implementation should be simple. For example, we know our climate goals made in Glasgow. One way is by designating electric vehicles for the city and hybrid vehicles for other areas etc. But I do not think we have the wherewithal to implement such complex rules. In India, we need to go for what is simple to implement. Instead, can we have a carbon tax? That one simple rule change has the power to push the entire economy in the right direction.