A boost with time 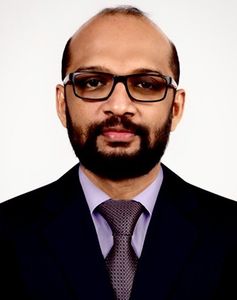 THE EMERGENCE of systematic investment plans (SIPs) as a key vehicle to invest in mutual fund schemes has changed the texture of the domestic equity market. With SIPs being simple and convenient, investors are encouraged to invest in mutual funds like never before. While at it, investors today have the option of utilising features such as Booster SIPs to power long-term wealth creation.

What made the traditional SIPs popular was that an investor could invest a specific sum every month and ultimately build a sizeable corpus to meet long-term goals. While all of this remains, a Booster SIP takes it a step forward and makes investments based on market valuation. Here, if the market valuation is expensive, the investment is reduced and if the market is cheap, the investment amount is increased. This becomes an important feature, especially while investing in expensive markets. Do not worry, all of this will occur despite the investor saving a fixed amount every month.

In a Booster SIP, the pre-determined SIP amount is deducted and is invested in a debt fund first (source scheme). Thereafter, by using the equity valuation index, the amount of money to be invested in the equity scheme (target scheme) the investor has opted for is decided. This amount could range anywhere from 0.1x to 10x the SIP amount. For example: If an investor chooses a SIP amount of say Rs10,000, then this amount gets deducted every month and is invested in a debt fund. Thereafter, basis the equity valuation index, an amount ranging from Rs1,000 (0.1x) to Rs1 lakh (10x) could be invested into equities.

This feature is relevant in uncertain times like the current one, where there are several international and domestic factors at play together and the market looks tentative at best. At such times, there could be wild gyrations in the market, throwing up several attractive investment opportunities which the traditional, pre-determined SIPs will fail to make the most of.

Data shows that a traditional SIP of Rs10,000 every month in equities since January 2019 (pre-Covid year) would have turned an investment of Rs3.9 lakh in Nifty50 index into Rs5.39 lakh by April 30, 2022. This translates to a return of 18.1 per cent CAGR. At the same time, if a similar investment was done via a Booster SIP, the returns generated would have been 21.1 per cent CAGR, which is Rs5.66 lakh.

Here the disciplinary approach of regular investments, along with variable investment amount, is of big advantage to investors as they do not need to actively track equity markets. Also, there is no human ambiguity or bias here as the amount to be invested into equities is based on the equity valuation index. This is a proprietary model of ICICI Prudential Mutual Fund, which assigns equal weight to various valuation parameters such as price-to-earnings (PE), price-to-book (PB), G-Sec*PE and market cap-to-GDP ratio.

Most often investors park their money in equity mutual funds to meet a long-term financial goal. In effect, since the timeline is long enough, the impact of Booster SIP is no small one. Back-dated data shows that through a Booster SIP, a monthly SIP of Rs10,000 per month in Nifty50 since April 2005 would have delivered 12.7 per cent return compounded annually against the traditional SIP’s 11.6 per cent return. The outperformance here is a staggering Rs7,45,184.

Now, if an investor were to invest in Nifty Midcap 150, the numbers would be as follows. All things being same, i.e. a monthly SIP of Rs10,000 from April 2005 till April 2022 would have yielded 15 per cent return in case of traditional SIP. If the same investment was done through Booster SIP the return would be 16.9 per cent. Here, the outperformance would have been Rs18,38,457. Meanwhile, a similar comparison of a traditional SIP investment and a Booster SIP one in Nifty Smallcap 250 would have resulted in an outperformance of Rs14,61,008 for the latter.

So, with time on your side, the potential impact of a Booster SIP on your portfolio can be sizeable.

The writer is the managing partner for I scale financial concepts