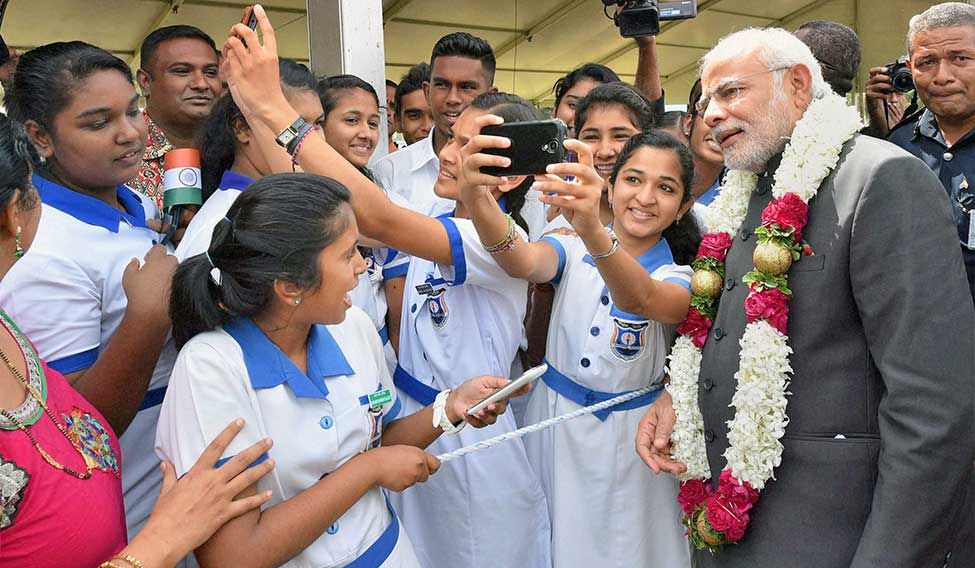 Till a few months ago, Bibipur did not want its daughters to be born. Many of them were killed in the womb. Today, fathers in Bibipur take selfies with their daughters and post them on Facebook.

Apparently, the 'selfie with daughter' idea was floated by Bibipur sarpanch Sunil Jaglan, who inspired Prime Minister Narendra Modi to launch it on Twitter. The village in Haryana, which has about 10,000 people, is now coming up with new ideas to empower women. In the latest campaign, the villagers are replacing the name of the head of the family on the nameplate. The new nameplates carry the name and email id of the daughter of the house, along with the tag line “Digital India with Laado (little girl)”.

In the light of child sex ratios declining during 1991-2011, Modi, in January, launched the Beti Bachao Beti Padhao campaign from Panipat in Haryana to “celebrate the girl child and enable her education”. 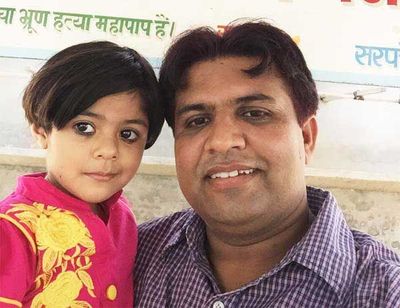 The 'selfie with daughter' idea was floated by Bibipur sarpanch Sunil Jaglan (in pic), who inspired Modi to launch it on Twitter.

“It's not a scheme as such but an idea to aggressively push for a mindset change,” says Manoj Arora, a senior officer in the women and child development ministry. “We have taken the message door to door in several districts using radio and advertisements. We have announced cash rewards of Rs1 lakh to [those who provide information about] sex determination clinics in Haryana. The government is giving its stamp of support to private initiatives such as the selfie one. It has been heartening to see the responses.”

But are these initiatives enough? What about impact on the ground in terms of enrolment in schools? “Measurable impact will take time,” says Arora. “We hope the child sex ratio goes up in the coming years. School enrolment will be seen depending on how frequently the human resource development ministry collects data.”

Specific social and economic indicators are not enough, and political will and cultural shifts are important to change attitudes, says Rebecca Tavares, representative, UN Women's Office for India. “We support these campaigns. They might seem superficial, but if they reach people and create the right environment, then it is good. It is never enough to have public campaigns without investment on the ground.”

While it might seem like a welcome way to change attitudes, some people feel such efforts need closer scrutiny. “How will taking photographs with daughters change realities on the ground? By bringing more girls into the world, are we giving them a better world to grow up in? The fact that fathers were asked to take selfies and not mothers shows how entrenched attitudes are,” says actor Shruti Seth, who wrote an open letter after she was viciously attacked on Twitter for criticising the initiative.

Delhi University professor Janmejoy Khuntia offers a pragmatic take. “It is a positive step if we want to show the world, given the impact that visual aid can have on mindsets, especially as so many people see it. But such steps need ground-level initiatives to back them up,” he says. Currently, data related to girls' enrolment in schools and colleges isn't encouraging and girls continue to be discriminated against in small towns and villages. “The government could collect information on the welfare of the girl child every one or two years with the help of a specialised agency such as the National Service Scheme or the HRD ministry," says Khuntia. "Create a data bank for further policy measures. Only social media rhetoric, despite being positive, isn't enough.”