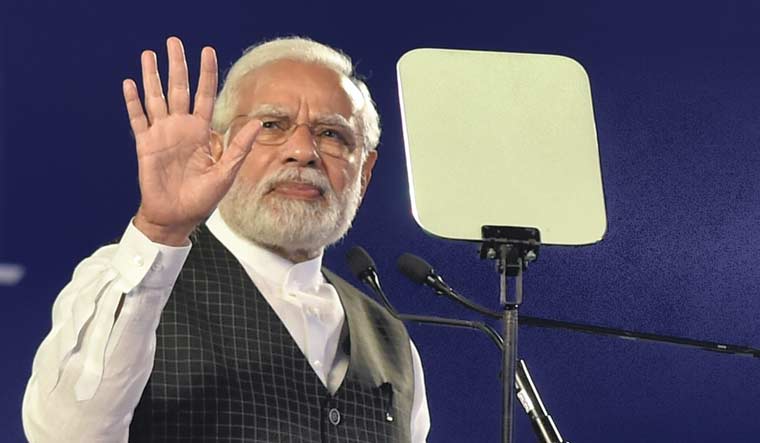 Prime Minister Narendra Modi on Thursday appealed to exporters and the industry to fix long-term export targets for themselves and suggest ways to the government to achieve those goals.

Inaugurating the new Vanijya Bhawan here, he said that the exports play a critical role in the transition of a country from developing to developed status.

During the last fiscal year, the Prime Minister said despite the historic global disruptions, India's exports stood at a total (goods and services) of USD 670 billion (Rs 50 lakh crore).

"Encouraged by this success of the past years, we have now increased our export targets and have doubled our efforts to achieve them. Collective effort of everyone is very necessary to achieve these new goals Industry, exporters and export promotion councils are here. I will urge them to set not only short-term but also long-term export targets for themselves," he said.

He said that the new Bhawan will significantly benefit people associated with trade, commerce and the Micro, Small and Medium Enterprises (MSME) sector.

The Prime Minister also launched the NIRYAT (National Import-Export Record for Yearly Analysis of Trade) portal - which is developed as a one-stop platform for stakeholders to get all necessary information related to India's foreign trade.

Underlining the role of increasing exports in the transition of a country from developing to developed country, Modi said that in the last eight years, India has been continuously increasing its exports.

Better policies to increase exports, easing of the process, and taking products to new markets, have helped a lot in this direction, he said adding today, every department of the government is giving priority to increasing exports with a 'whole of government' approach.

"Exports from new areas are increasing. Even from many aspirational districts, exports have now increased manifold. The increase in exports of cotton and handloom products by 55 per cent shows how the work is being done at the grassroot level," he said.

Now many of the domestic products are being exported for the first time to new countries, he said citing examples like Sitabhog Mithai being exported to Bahrain, Fresh King Chilli of Nagaland to London, Fresh Burmese grapes of Assam to Dubai, tribal Mahua products from Chattisgarh to France and Khumani of Kargil to Dubai.

He also referred to trade deals signed with the UAE and Australia last year and informed that there has been a lot of progress on talks for similar pacts with other countries as well.

"For business, identifying new markets and manufacturing products after identifying their needs is very important for the progress of the country", he said.

He also requested every department to periodically review the portals and platforms that have been developed in recent times.

Modi added that the country has got the gift of a new and modern commercial building as well as an export portal, one physical and other digital infrastructure, he said.

Referring to the new infrastructure of the ministry, the Prime Minister said that this is also time to renew the pledge of ease of doing business and ease of living.

'Ease of access' is the link between the two, he said adding more than 32,000 unnecessary compliances have been removed.

On manufacturing, he said mobile manufacturing units in India have crossed 200 and today India has 2,300 registered Fin-tech startups, up from 500, four years ago.

On NIRYAT portal, he said it will help provide real time data to all stakeholders.