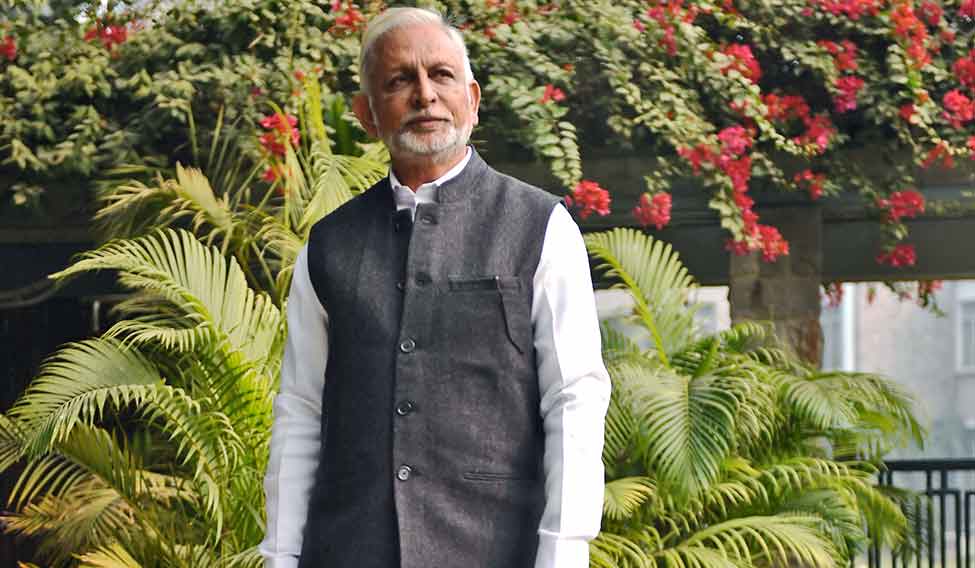 Walking, as some sacred texts say, isn't just a physical activity; it is a spiritual experience. If done with mindfulness, it is a manifestation of inner and outer meditation. “For instance, the first prayer in Buddhist practice is Buddham Saranam Gacchami, in which Gacchami means to go, to surrender, to walk...,” says Sri M, 67, who was in Delhi recently to talk about his 18-month-long padyatra called the 'walk of hope', covering 7,500 kilometres across 11 states. It started from Kanyakumari in January last year and will end in Kashmir in mid-2016. Sri M, or M as he prefers to be called, is from a Muslim family in Thiruvananthapuram.

Born as Mumtaz Ali Khan, he left home at 19 to discover himself in the Himalayas and found a guru who named him Madhukar Nath. Dropping both names, he instead chose to be called by his initial. “M stands for manushya or manav. I like to think of myself foremost as a human being,” he says.

M is known as a spiritual leader and philosopher who now, under the aegis of his organisation Manav Ekta Mission, wants to spread the message of humanity across the country through this symbolic walk. He has been vocal about his views on various issues such as intolerance and communalism in the country.

Should Muslims worry about living in India? “Despite some ominous portents which seem to have been amplified, Muslims need not be scared in India,” he says. “I have visited mosques and temples with equal ease; the average Indian doesn't have anything against those from other communities. I remember going to a temple in Madhya Pradesh where they put a tilak on me and I forgot about it. Later that day, I visited a dargah where the imam politely asked me to wipe it off. It wasn't complicated." What does he think of the concept of development in the country? “Development doesn't mean more industry or a consuming society,” he says. “Development is when a person has the freedom to project his thoughts. Environmental issues, climate change, goodwill and morality are also part of development. A wholesome, holistic approach is needed when we speak of development.”

The walk of hope has resumed from Varanasi and goes on to Allahabad. On an average day of the walk, M and his core group of 70 people are joined by many others, young and old, from the towns and villages they walk through. He is on the last leg of the walk now, with 3,000 kilometres to go. Some of them carrying portable toilets “since the tour includes women”, they walk 15 to 20 kilometres a day, starting early morning and ending by noon. The walking and talking includes leisurely cups of tea and conversations with residents of the villages and towns. What has been his biggest takeaway from the tour so far? “That our people are genuinely interested and want to engage with what is going on in this country,” he says.