I don't take my looks seriously 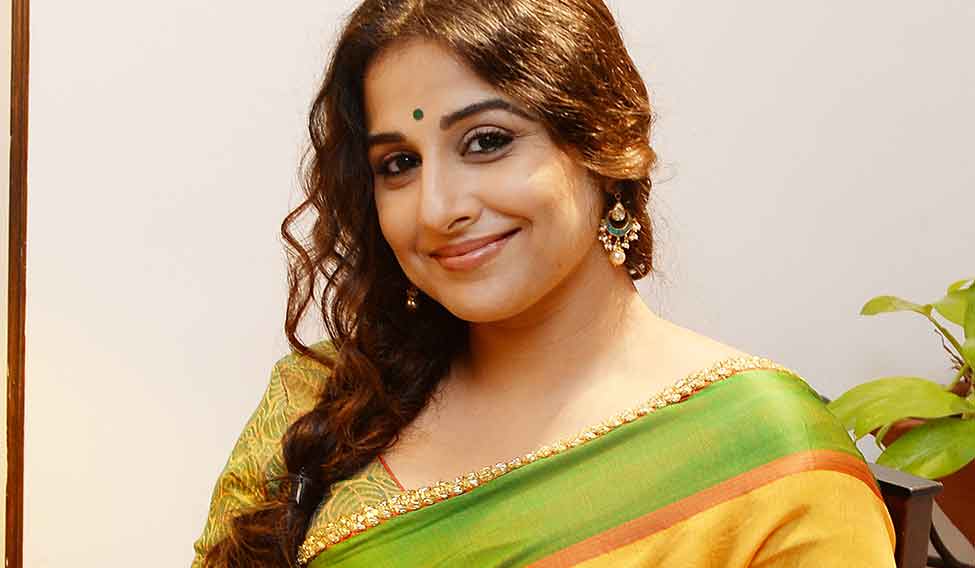 What were the challenges you faced initially?

The thing is I don't take my looks seriously. If someone compliments me, I smile and say, thank you. Everyone loves compliments but am not too focussed on how I look. I always wanted to be known for my abilities than looks. Growing up, I was told, 'You are so pretty. You have the face of a model. But lose some weight'. I was a fat child. But being a good actor was more important. I felt my identity was tied up to that than what the mirror showed.

It's not like I didn't face any stereotypes when I came into the industry about a decade ago. When my first film, Parineeta, released, they said you [are a] classical Indian beauty. One year later, I was told you should get more modern, which will then get you roles of your age. People's perception was that I was traditional. I went through a vain attempt to dress differently. Even though off-screen I dressed Indian, I was told our society isn't progressive and one is judged by how one dresses. If you wear Indian [clothes], you will seem more traditional and rooted. I argued that my sense of dressing has nothing to do with my being progressive or not. So I went through this phase of trying to be modern through my clothes. But it didn't prove anything to anyone. So the first stereotype, I think, I overcame was that traditional and modernity are a state of mind, not clothes. Successively, people realised that the roles I chose—playing women who are of today—are progressive, not dated. They are strong, powerful women who have courage. They are having fun, they are sexy and unabashedly so.

So, what kept you going through that critical phase?

My vain attempt at fitting in with what was perceived as modern wasn't natural to me. I stuck out like a sore thumb. Then I decided to do whatever I wanted to. I was happy playing roles that were extensions of my beliefs and not trying to fit in anywhere necessarily.

How have things changed in the last decade? Would it have been different had you entered the industry now?

In the last ten years that I have been around, I find people are far more open than they were earlier. They are more accepting of women actors in different kinds of roles. The judgmental aspect is beginning to reduce a bit. The industry is the reality of society around us. This positive change is a trickle right now and I hope it becomes a wave soon. In The Dirty Picture, my character wore all kinds of crazy clothes but she was body confident. What happened off screen then was a lot of people came up to me and said they felt a lot more comfortable with their own bodies after watching the film. Of course, whether in industry or society, we still adhere to several stereotypes but one hopes that will change with time. If we feel judged that means we are also judging. Everyone wants to see themselves as egalitarian beings.

A case of discrimination in your life that comes to mind?

Years ago I had an argument with someone where I said I am not comfortable playing a role where I don't have much to do. The person said you are narrowing your choices in that case, most roles for women don't have much for them to do. The person said an actress's shelf life is short, and with a decision like this, your shelf life will be even shorter. My blood boiled and I happened to say, trust me that won't be the case. I will be the change I want to see in the world in this regard. I was fortunate to get the opportunities to make that come true. The person also said a film doesn't sell on an actress's name, it's the hero that matters. Sooner or later, I had hoped that would not be the case.

Who would you consider your role model?

I met India's first female firefighter [Harshini Kanhekar] recently. Looking at her, I couldn't imagine she was a keen biker, too. She looks like any other regular person. Dressed in a sari, jewellery and blow-dried hair, she could be anyone. Which then led me to realise that she didn't fit my idea of a stereotypical uniformed personnel! (Laughs)

I am not here to consciously break any stereotypes. I am here to be true to myself, the way I want to, conquer the world my way, do different things at different points unapologetically.

Advice to women coming into the industry?

No one can give advice to anyone. I feel people should figure things their own way. There is one valuable lesson I learnt which is, there is only one of you. Why give that up to be one among many? Embrace yourself, no one else will. We can't blame others for judging us, we are also part of the others. We should do our bit, which is to question and challenge things.