Celebs share whom they have sent love letters to

On Valentine's Day, four celebs talk about the love letters they sent and received

Love letters can come with varying degrees of intensity, from the brisk tone of those from Johnny Cash to June Carter to the passionate note in those from John Keats to Fanny Brawne. These love letters have survived the wear-and-tear of time, bearing testimony to the immortality of the written word. Even when we have lost the ones we have received, some of them are seared into our hearts, marking various signposts in our romantic journey. In this month of love, four prominent personalities tell us about their experience with love letters. 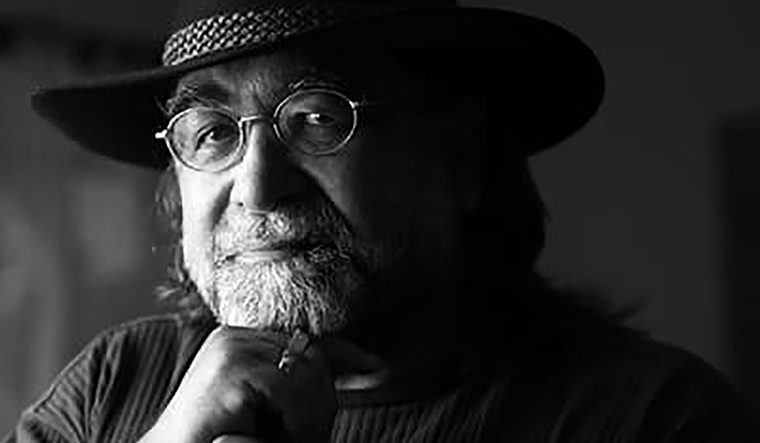 THE FIRST LOVE letter I wrote was a poem. It was to a junior of mine from college. She was an English honours major, who herself wrote excellent poetry. She read the poem, looked at me and said: “It lacks in style, but not in passion.” I met her at a get-together in college. She came up to me and asked, “What sign are you?” I said, “Aries”. She had obviously been observing me for a while. She said, “Figures”, and walked off. I went after her and asked, “Why? Is it because I come across as too aggressive?” She said, “No. As too sheepish.”

The first love letter I received was again in the form of poetry. It was while I was working. It was a reply to my Valentine’s Day message, something like an appreciation of the fact that I had remembered. It was only a paragraph or so, and it was very abstract. That’s the advantage with poetry. You can get away with saying something without actually saying it. In a poem, you don’t say, “I love you eternally,” or anything like that. You say, “The sky opens up and the birds sing better when you are around.” That way, even if she confronts you about what you are insinuating, you can pretend ignorance.

There are some very quotable poems that have often been used to profess love. Like T.S. Eliot’s The Love Song of J. Alfred Prufrock. But you could only quote the first two lines, which went: “Let us go then, you and I, When the evening is spread out against the sky.” Because after that, it grew morbid. The next line was, “Like a patient etherised upon a table”. Eliot’s poems were like that. They would take you to a high and then bring you down to earth. Another quotable poet was E.E. Cummings, who wrote only in lower case. He wrote very beautiful poetry about lost love. They were perfect to send to someone who had dumped you. You told them how hurt you were, hoping they would change their mind. But that never happens.

I had kept all my love letters in a suitcase, but when I shifted homes, I lost them. As I grew older, I lost the capacity to feel with that sharpness. Poetry is inspired, not deliberate. Only professional poets write about life. It is the average guy who writes about love, and to provoke him to write, there must be a degree of intensity. Today, youngsters are unable to write poetry because they don’t feel strongly enough. With the popularity of dating sites like Tinder and Bumble, you simply swipe to the left or right. The old-fashioned way of courtship—with chocolate, flowers and poetry—is fast disappearing. IN 2007, I did an open Valentine’s Day tasting menu for the first time for a restaurant in Times Square called Purnima. The restaurant was popular because of the location, and also because Gordon Ramsay would often visit me and eat there. There were a lot of people who came by that day to have a meal and so many were single. I received 11 handwritten letters that day, from men and women, Americans and Indians. It was very unusual. I thought they must have liked the food, but the letters were all about love and affection. It was a such a busy evening and I did not even go out. But I remember receiving so much love. Now that I am on television, I get a lot of emails and gifts. But that was the first. It was very special. 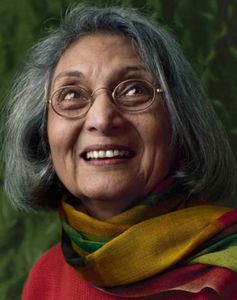 IN THE 1980S when I was at Rajneeshpuram, I used to get this love letter every morning from my Swiss lover and second husband, Dipo. He used to put it on my tea tray with a little note saying, “Good Morning. Love, Dipo,” with a little heart.

Another set of love letters were from my time in prison. My German lawyer, Otmar, used to send me a love letter every day. He used to write very beautiful and romantic letters, each at least a page and a half long. He used to come without fail every day. Even on a Sunday! He was so in love with me he used to say: ‘When I see you, my knees shake like a leaf.’ And he used to declare that with such joy and love, it used to simply warm my heart and take away the cold of the prison.

You can never be closed in love. Wherever you find love, open all the doors and windows of your being. You will feel instantly how enriching and beautiful an experience it is. When Bhagwan used to simply look in my eyes and say, “Hmm Sheela, you look beautiful”, I would melt instantly and become a puddle of water. Love is something one should not be afraid of. It enhances the beauty of life. 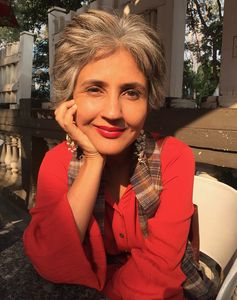 THE FIRST LOVE letter I read was the one Fitzwilliam Darcy wrote to Elizabeth Bennet (in Pride and Prejudice) and I remember being disappointed because it was so prim. The second was one I wrote myself in Class 11, asking a boy I liked to go out with me.

It was a monsoon day in July and we were both new students at D.P.S., Mathura Road, who had been smiling silently at each other for weeks. He responded by showing up dripping wet in the rain in his white school uniform, and smiling goofily at me as I hung out with my girlfriends. We went out for a burger and coke then. He was a shy, incredibly sweet boy and we sealed our ‘going steady’ status with a firm handshake that was almost as prim as Darcy’s missive.

The first love letter I received was also from the same boy. He was not very good with words, so he just showed up in my classroom after I had gone home for the day (he could do things like that because he was in the hostel) and inexpertly carved ‘JW was here’ into my desk with a geometry box compass. (JW were his initials.) I still remember the high I got on sighting those three simple words. The pheromones hit me like a million exploding Diwali fireworks.

My husband and I have written a lot of letters to each other. He’s very good about storing them carefully; I’m not. I tended to embellish mine with a lot of drawings and cartoons, and he typed out his because he was trying to learn to type when we first started dating. It is good we did this because we both have dreadful handwriting.

—As told to Sneha Bhura and Anjuly Mathai