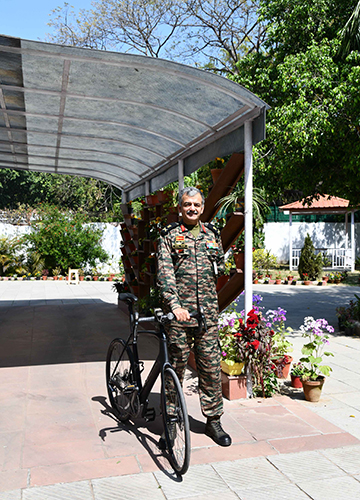 If regulations had allowed it, there would have been a signboard that said Flag Cycles, along with Flag Cars, in the parking lots of military stations where Lieutenant General Anil Puri has served.

On Wednesdays, when the Army allows the personnel in its headquarters to wear civvies, one may spot a smart gentleman, greying slightly over the ears, quietly parking his bicycle, walking up the front steps and returning salutes from the officers around. That would be the 59-year-old Puri, who pedalled the 90-hour, 1200km Paris-Brest-Paris circuit—France’s oldest cycling event—in 2019.

“When I joined the Army, I played high-endurance sports like hockey, football and basketball,” he said. “These sports are close to the troops. But, as I got older I looked for a sport which is lighter on the body, yet would give me the results of high-endurance sports. I chose cycling.”

At 50, when he rediscovered cycling, he gifted himself a cycle—“a Firefox which cost Rs14,000”. He started on short solo rides, until he met a group of cyclists who were doing a 200km ride. Undaunted by his rank, they knocked a sense of civilian discipline into the brass hat. They said: “Sir, you aren’t wearing a helmet.”

Puri decided to join them and attempt his first 100km ride. “I practised for many days,” he said. “Then, on a Sunday I started with them an hour before sunrise, towards Nuh and Pataudi in Haryana. It took the whole day. We had punctures, cramps. But we learnt many lessons.” 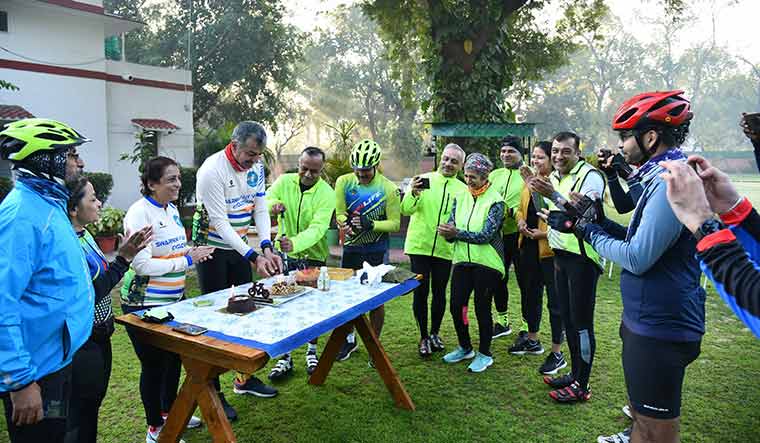 Celebrating his birthday with his cycling friends.

His wife and children, too, have been bitten by the pedal bug. On weekends, the family can often be spotted on the roads leading out of Delhi. “For all personal work within a 5km radius, I take my bicycle,” said Puri, adding that the bicycle takes you closer to nature and to the human world around you.

“It lets you count every stone, read every signboard,” said Puri, as he cut the cake on his 59th birthday. He had blown out the candle with a cycle pump amid applause from fellow cyclists. “It has taught me to be minimalistic. We take only what we can easily carry on a cycle.”

Next year, on his 60th birthday, Puri wants to cycle the Paris-Brest-Paris with his daughter. Lt Gen Puri with his wife