Modi says democracy is in the DNA of every Indian 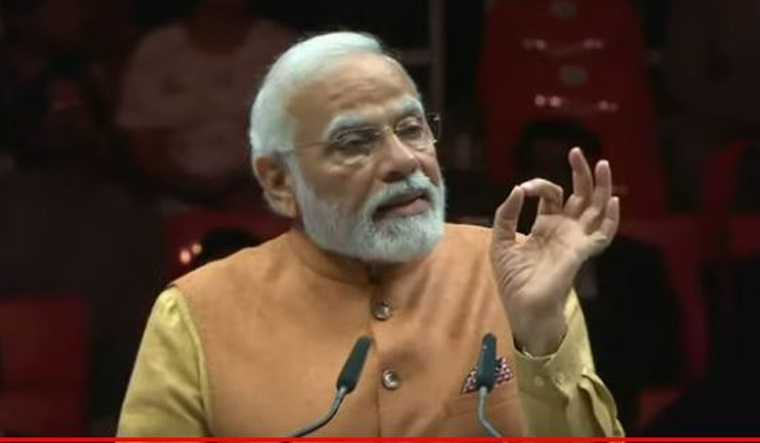 Emergency was a 'black spot' on the vibrant history of India's democracy, Prime Minister Narendra Modi said on Sunday as he addressed the Indian diaspora in Germany at a massive event in Munich. The prime minister said democracy is there in the DNA of every Indian.

“Today is June 26 which is also known for the day when India's democracy that's in DNA of every Indian was trampled and suppressed 47 years ago. Emergency was a black spot on the vibrant history of India's democracy,” he said, adding that the people of India have answered all the conspiracies to crush democracy, in a democratic way.

“We Indians take pride in our democracy wherever you are. Every Indian proudly says India is the mother of democracy," Modi said.

The prime minister asserted that India will not be left behind in the 4th industrial revolution and that the country is now leading the world. “In the last century, Germany and other countries took benefit from the industrial revolution. India was a slave back then, that was why it couldn't leverage the benefits,” he noted.

Listing out the achievements of his government in the last eight years, Modi claimed that every village in the country is open defecation free and has electricity. He added that 99 per cent of the villages have clean cooking fuel.

“India is providing free ration to 80 crore poor people for the last two years. In India, now we have a unicorn every 10 days,” the prime minister claimed.

Touching upon the steps taken by his government on climate change, Modi said sustainable climate practices have become a part of the lives of people in the country. “We have made over 10 crore toilets in the country. Now people understand their duty to keep the country clean”.

Modi reached in Germany to attend the G7 summit, to be held on June 26 and 27, and will travel to the UAE on June 28 to pay his condolences on the passing away of Sheikh Khalifa bin Zayed Al Nahyan, the former president of the Gulf nation.

The prime minister will have multiple bilateral meetings in addition to attending the G7, a grouping of the world's seven richest nations, during his around 60-hour stay in Germany and the UAE.