The Editor of all Times 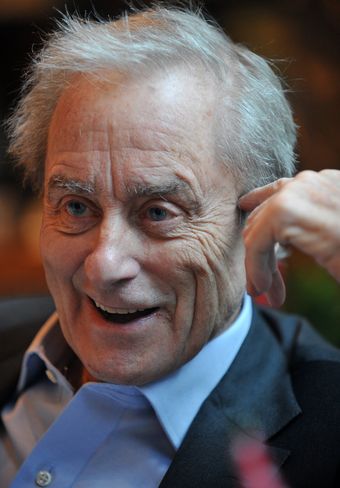 The book Good Times, Bad Times was becoming a big seller when I attended a media workshop in 1983. The course director at the workshop narrated fascinating anecdotes about the author of the book, the legendary newspaper editor Harold Evans. I never thought I would one day get to know him well enough to call him Harry.

Harry had good times most of his life, and the best of times as editor of The Northern Echo and The Sunday Times, two British papers where he excelled in investigative journalism in the sixties and seventies.

He became editor of The Times, London, in 1981. The media baron Rupert Murdoch had bought it, as well as The Sunday Times and The Scotsman, from the Thomson family. The owner and the editor shared only one thing in common, a passion for newspapers. As narrated in the book, they fought over editorial independence, and Harry resigned the same year. The book dripped with emotion, but 25 years later, Harry wrote: “I am often asked my feelings about Murdoch today. My concerns are professional rather than personal.”

As a newspaperman, Harry had fire in his belly like the steam engines that his father drove in Manchester. He was only 16 when he began writing for a weekly newspaper in Lancashire. After customary military service and a college degree, he returned to journalism demob-happy at Manchester Evening News, perfecting the art of writing, editing and design.

At The Northern Echo, he demonstrated the power of investigative journalism and became an ardent campaigner for public good. In 1963, he ran a series of articles on the need to make cervical cancer test compulsory for all women. Then he wrote letters to the MPs, forcing the government to introduce compulsory testing.

Another series he ran in 1965 led to the posthumous pardon of the young Timothy John Evans (no relation) who was hanged in 1950 on a wrong charge of murdering his baby daughter, Geraldine. This strange judgment stated that Timothy Evans probably had not murdered his baby, for which he was hanged, but he probably had murdered his wife, for which he was not even tried. After the pardon, his coffin was dug up from prison and handed over to the family for the last rites in a consecrated cemetery. Within months, the House of Commons voted to stall executions in the UK for a period of five years and, in 1969, the death penalty was abolished.

This story became a movie, 10 Rillington Place, in 1971 with John Hurt as the hanged man and Richard Attenborough (of Gandhi fame) as the serial killer John Christie, who had murdered Timothy Evans’s wife and baby and six others including his own wife. Narrating the story, Harry told me that Attenborough had mentioned to him that it was “the most disturbing role” he had played. 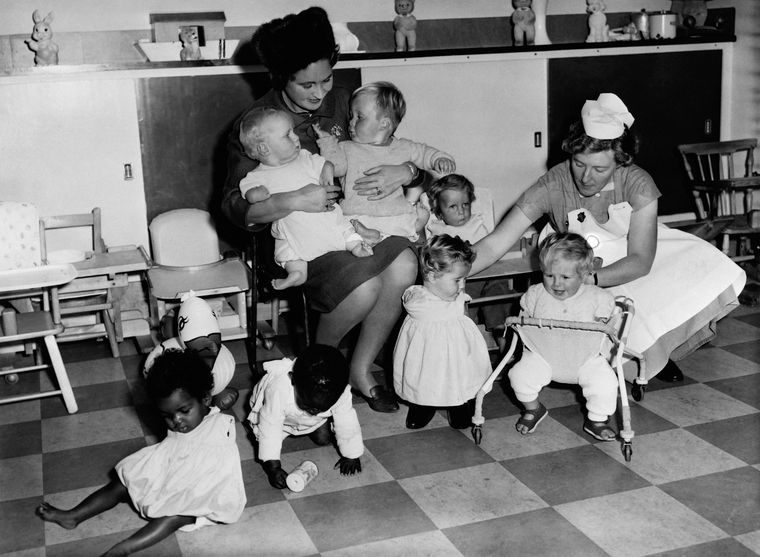 ‘Children on our conscience’: Thalidomide babies at a care home in London | Getty Images

Harry’s best-known campaign was in The Sunday Times for compensation for thalidomiders—children born with severe defects due to the German drug thalidomide that their mothers had taken for morning sickness. The drug harmed 10,000 children worldwide during 1958-61. Chasing the story for years, Harry and his team obtained documentary evidence and, in 1972, exposed the drugmaker in the UK—the biggest advertiser in the paper. The UK drugmaker eventually paid the victims £28 million [value today: £341 million].

The campaign furthered press freedom. A top court in the UK stopped The Sunday Times from publishing an article on the thalidomide tragedy during the drugmaker’s negotiations with the victims. It upheld the attorney general’s plea that its publication would amount to contempt of court as the matter was sub judice. The European Court of Human Rights, however, ruled that the UK court’s order infringed the newspaper’s freedom of expression. Consequently, the UK government was forced to change its law that prevented civil case reporting. In 2014, a UK documentary, Attacking the Devil: Harold Evans and the Last Nazi War Crime, chronicled Harry’s relentless pursuit of the thalidomide story.

The Sunday Times famously exposed the duplicity of Kim Philby, an India-born English diplomat who settled in Moscow in 1963 after the British intelligence had declared him a Soviet double agent. Another expose followed the crash in 1974 of a Turkish DC-10 jet near Paris killing 346 passengers; the door of its cargo hold had flown off. Harry’s reporters discovered that the aircraft manufacturer had lied that it had repaired the faulty door. In 1975, Harry risked prosecution under the Official Secrets Act by publishing former Labour party minister Richard Crossman’s diary entries on prime minister Harold Wilson’s cabinet meetings. 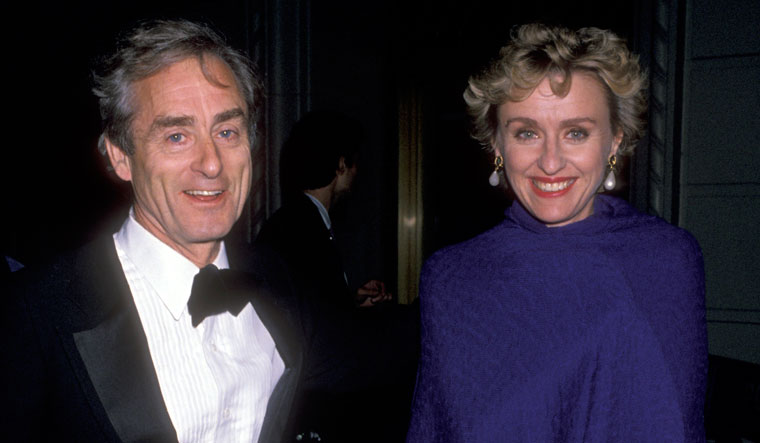 Harry moved to America in 1984 to join the US News & World Report. Later he became editor in chief of Atlantic Monthly Press and the New York Daily News. He taught at Duke University for a while and in 1986 regained glory as the founding editor of Condé Nast Traveler. Soon he was the all-powerful publisher and president of Random House, offering fabulous advances for the biographies of Marlon Brando, Colin Powell, Henry Kissinger, Richard Nixon and the young lawyer Barack Obama. He also served as editor at large of the American magazine The Week (founded in 2001) and Thomson Reuters. He was associated with Reuters till the very end.

He devoted more time to writing books after his book The American Century, published in 1998, achieved iconic status. And there followed such fine books as My Paper Chase: True Stories of Vanished Times and Do I Make Myself Clear: Why Writing Well Matters.

Two decades ago, I met Harry for the first time in Edinburgh, Scotland, at the annual assembly of the International Press Institute (IPI). My brother Philip Mathew was IPI vice chairman and Harry was there on a panel discussion. Later, while I was visiting the US, he invited me to his New York home to meet his wife, the renowned journalist Tina Brown, and their children, George and Isabel. Tina had edited Tattler, Vanity Fair and The New Yorker. Her book The Diana Chronicles had done exceedingly well in 12
languages. She later became chief editor of Newsweek, which went only digital in 2013. When the former Pakistani prime minister Benazir Bhutto was assassinated, Tina wrote a cover story for THE WEEK. They had known each other since their Oxford days.

In 2007, Harry accepted my request to deliver the K.C. Mammen Mappillai Memorial Lecture, held in honour of my grandfather who was editor of Malayala Manorama. Later that year in New Delhi, he addressed a packed hall on ‘Freedom of the press in an age of violence’. During that visit to India, Harry and Tina spent a week in Kerala. His meeting with my father, K.M. Mathew, was emotional. They had known each other for long, having first met at a media workshop Harry conducted and my father attended in the early 1960s. My father practised what he learnt from Harry and benefited a lot from it. To my surprise, my father gave me his notes from that nearly 50-year-old workshop! I treasure them still. When I shared these notes with Harry, he wrote back, “I wept reading them.” 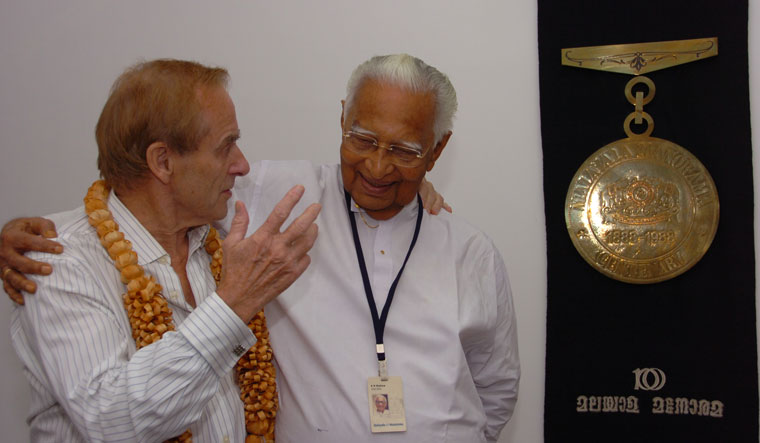 “It is fair to say that the IPI workshops... encouraged a revolution in Indian newspapers, broadening their appeal, reinforcing their vitality and their capacity to monitor government and business,” wrote Harry in My Paper Chase. “But by no means was this renaissance all inspired only by British and American missionaries, and certainly not carried out by them, but by editors like K.M. Mathew of the Malayala Manorama in Kerala, who put everything he learned into practice and doubled his circulation.”

Harry wrote a moving tribute when my father passed away in 2010. Later that year, addressing the 60th year celebrations of IPI, he said, “Today we honour those men and women who created and sustained our institution in the aftermath of the greatest war the planet has endured.” Amongst the few, my father was mentioned.

My eldest brother Mammen Mathew worked in Harry’s editorial team in The Sunday Times in London in 1968. Harry was, in fact, his editorial mentor. Mammen recollects Harry’s obsessive passion for checking facts and designing the final front page.

THE WEEK magazine has an umbilical link with Harry. He wrote a column, titled Slumpflation, in its inaugural issue in December 1982. He coined the word slumpflation (slump + inflation) expressly for this article, to describe a state of economic slump and rising inflation. THE WEEK has the honour to call him ‘the first columnist’.

British journalists honoured him at the turn of the millennium by voting him ‘All Time Greatest British Newspaper Editor’. He was knighted in 2004. To many, Sir Harold Evans will remain a hero forever. The gold standard he set with his crusading style in journalism will always inspire truth seekers in the media world.