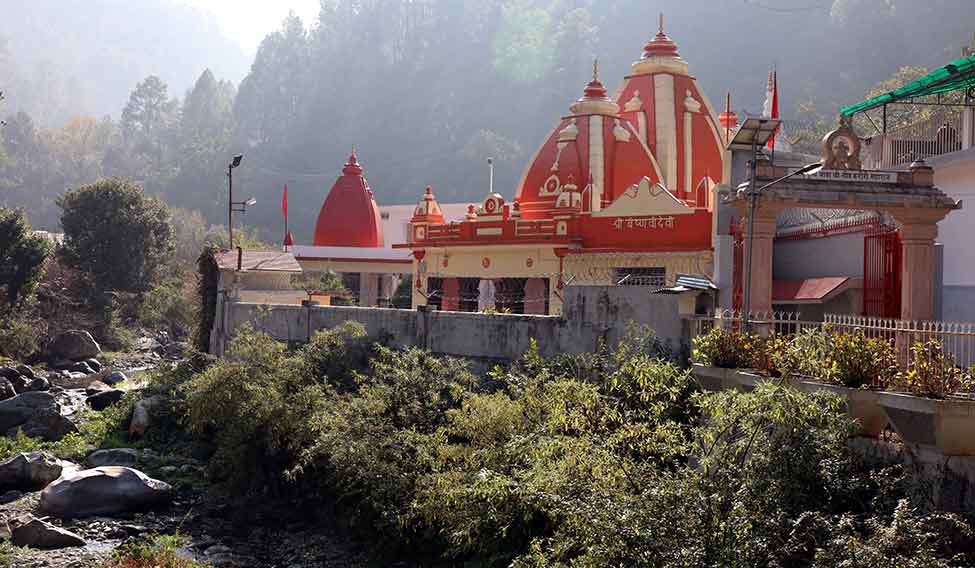 When Prime Minister Narendra Modi met Facebook founder Mark Zuckerberg in the United States in September, their talks predictably had much to do with the power of social media. But then, Zuckerberg mentioned a higher power he had experienced on his visit to a temple in India years before. Though he didn't mention the name, it is said that he visited the Kainchi Dham ashram, situated between two picturesque hill stations of Nainital and Almora in Uttarakhand. Facebook was in its embryonic form when Apple founder Steve Jobs apparently advised Zuckerberg to visit the ashram, founded by Neebh Karori Baba. It is believed that following this visit Facebook reached its zenith. The temple staff, however, is not sure about the year of Zuckerberg's visit. Pradeep Shah, a staff member, says, “He probably stayed here for about two days, but I am not certain about the year.”

Surrounded by lush green pine trees and with a stream flowing nearby, the ashram has five shrines; the most prominent being that of Lord Hanuman. Neebh Karori Baba, popularly known as Maharajji, was a staunch follower of Hanuman. “He himself was Hanuman personified,” says a devotee. Next to the Hanuman shrine is a small wooden platform, covered with a blanket and flowers, where Baba used to sit. Several photographs show Baba wearing a blanket, which is why, perhaps, devotees offer blankets instead of sweets, flowers and other offerings.

Baba, it is believed, was born in a Brahmin family in Akbarpur, Uttar Pradesh in 1900. His real name was Lakshmi Narain Sharma, but later on he was known by several names—Neem Karoli Baba, Chamatkari Baba, Chimtawale Baba and Handiwale Baba. He left his home at an early age and travelled extensively. Legend has it that Baba once boarded a train near Farrukhabad. The British still ruled India then. An Anglo-Indian ticket examiner in the first class compartment found that Baba had no ticket and ordered the semi-clad man to alight at the next station. Baba got off at a small station called Neebh Karori. But even after the signal turned green, the train did not move. The railway staff checked the engine but no glitch was found. A few Indian travellers at the station then told them to request Baba to board the train again. They did so and when Baba boarded the train, it moved. This story made both Baba and the village famous.

Baba has his ashrams at Kainchi Dham, Vrindavan, Lucknow, Neebh Karori, Rishikesh, Shimla, and New Mexico in the US. Of these, Vrindavan and Kainchi Dham ashrams were built during his lifetime. Around 100 temples dedicated to Baba have come up across the country. Baba, however, spent most of his time at Kainchi Dham, which has now become an important pilgrimage centre. More than a lakh pilgrims visit the ashram here on June 15 for its annual fair.

If lore added to his aura, high-profile followers brought in more fame and popularity. Among Indians, Sudhir Mukherji—popularly known as Dada Mukherji—who was a professor of economics at Allahabad University, was Baba's ardent devotee. In the US, Baba had profound influence on Hollywood star Julia Roberts, physician and humanitarian Larry Brilliant, scholar and writer Yvette Rosser, who met Baba in the early 1970s, and Daniel Goleman, a psychologist and journalist. Steve Jobs and his friend Daniel Kottke reportedly visited India in 1973 to meet Baba, but unfortunately Baba had died in September that year.