Nisar answers all 50 questions correctly after the 18-day course 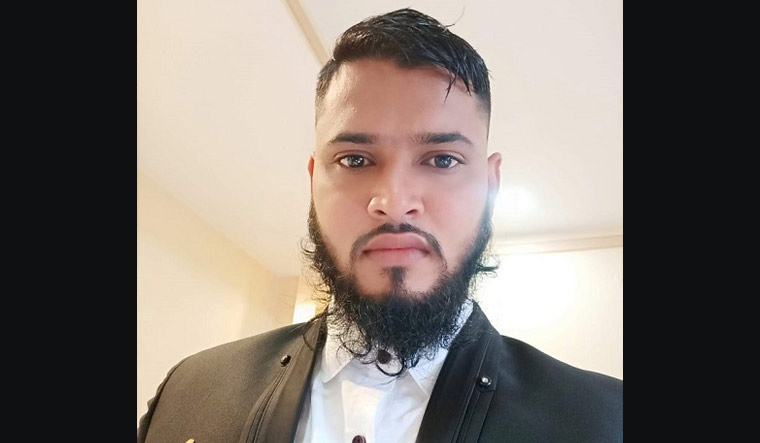 The 27-year-old said, “All religions offer different paths to reach the same goal of oneness with an Almighty. I want to imbibe the best from different religions and texts of the world”.

At a time when there are increasing instances of communal enmity tearing through the country’s secular fabric, Nisar’s feat offers hope.

The course, open to learners from around the world, only requires an understanding of Hindi. For 18 days, two speakers—Devsehkhar Vishnu Das and Sadbhuj Gaur Das—walk participants through the 18 chapters of the Bhagvad Gita, which forms the core of the epic Mahabharata. The first speaker holds a degree in technology, the second is an aeronautical engineer.

Each session is one hour long and accompanied by power point presentations that run into an average of 70-80 pages. After the end of 18 days, participants are given 18-20 days to go through the learning. Both speakers remain available to clear any doubts or queries that the learners might have. They are then put through a 50 multiple choice question format test. Only those who get at least 40 per cent of the answers correct are given a certificate. No participant before Nisar had got all the 50 questions correct.

The first such course took place in November 2020 and had 7,000 participants. The second course in June 2021, when the pandemic was raging through the world, attracted 4.5 lakh participants.

Devsehkhar Vishnu Das said, “There are many misconceptions regarding the Bhagvad Gita. The biggest of these is that it is a religious book whereas it offers a path to living and tackling life’s challenges. We have people of different religions taking our course”.

He said that the course was delivered in simple Hindi and in a manner that would enable the learners to connect it to everyday living.

The International Society for Krishna Consciousness (ISKCON) was founded in 1966 in New York by A. C. Bhaktivedanta Swami Prabhupada. It is a movement that preaches the practice of Bhakti. Its adherents transcend geographical and cultural barriers. A recent example of its universal appeal was an Ukrainian soldier chanting ‘Hare Rama, Hare Krishna’—the movement’s defining mantra, for calm and strength during the ongoing war against Russia.

Nisar said he was a ‘natural’ learner with an affinity for languages. Till date he has 270 certificates of online courses in addition to an undergraduate degree in commerce and Urdu. He is pursuing his masters in Urdu (from Poona College of Arts, Science and Commerce), and is also an Aalim (scholar) in Arabic. He can speak Sanskrit and Marathi fluently.

“There should be no hesitation to learn the best, no matter where it comes from. Sri Krishna’s lessons to Arjuna are lessons for all of us”, he said.

Nisar said that the underlying aim of all religions was to bring man’s soul closer to that of the supreme soul, no matter how that was named. “All souls are different, but can be purified through karma (action)”, he said.

Nisar said that it's ‘unfortunate’ that people trust religious teachers blindly or allow themselves to be used by politicians for their aims.

“The aim should be to be an individual who reads and listens to all, but finds his own true path”, he said.