Electorate will repose their faith in us 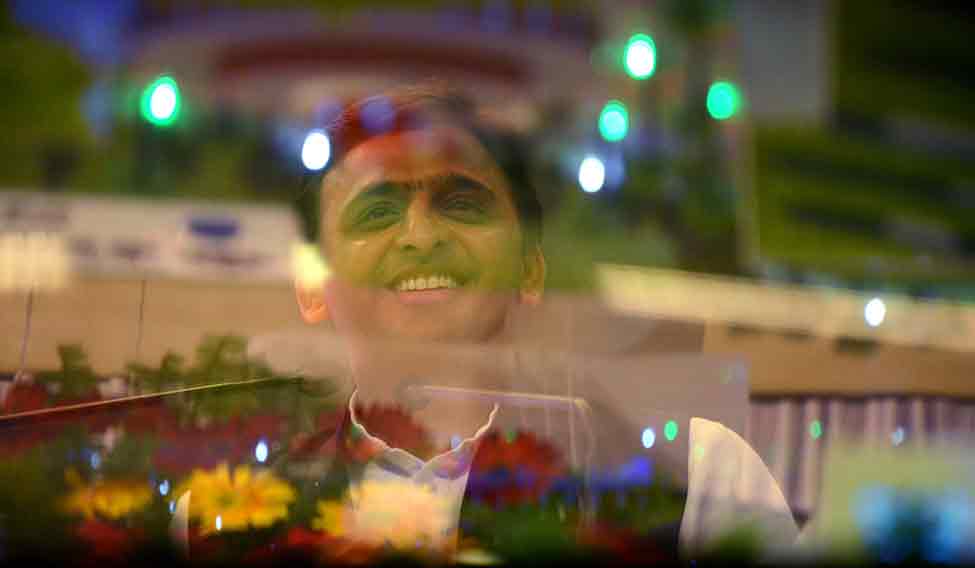 The state elections in Uttar Pradesh are due next year. The ruling Samajwadi Party won 229 seats in the 404-member assembly in 2012. Chief Minister Akhilesh Yadav believes his government has done a lot for all sections of society and has transformed Uttar Pradesh into a model state. He is confident that his party will do well in the polls. Excerpts from an interview:

You have completed four years as chief minister. What has your government offered to the people?

Uttar Pradesh has made tremendous progress in every sector during the last four years. Be it the upgrading of existing infrastructure or launching of new ones—Lucknow metro rail, Agra-Lucknow expressway and power plants—the state government has worked on all fronts. During the past four years, the government has made concerted efforts to transform Uttar Pradesh into a model state with inclusive governance as its main agenda. To achieve this aim, many policies have been formulated and programmes implemented. The state's economy has grown at a higher rate than the national average. We have excelled on every possible indicator. However, there is always scope for improvement.

What are the major challenges for your party in scoring a comprehensive win?

Elections are litmus test for any ruling party. At the end of the five-year term, the party in power has to go to the electorate for a fresh mandate. The elections in 2017 will be a test for the policies and performance of my government. So, the challenge for us is to effectively convey to the people the efforts and achievements of our government regarding the development of the state. I am confident that on the basis of the performance of our government, the electorate will again repose their faith in the Samajwadi Party.

Would your party be able to repeat the performance of 2012?

We have worked hard during the past four years to ensure that the fruits of development reach everyone. We have a special focus on the poor, the downtrodden, women, unemployed youths, girls, traders, minorities, teachers, advocates. Our policies and programmes are aimed at the betterment of the people and development of the state. Schemes like Samajwadi Pension Yojana, 108 Samajwadi Swasthya Seva and 102 National Ambulance Service are ample proof of that. Besides, the government has made efforts to provide good health facilities. We have provided free laptops to 12th pass students. Girl students are being provided Kanya Vidya Dhan Yojana to pursue higher education.

Will you go for an electoral alliance this time?

Mulayam Singh Yadav is one of the most experienced politicians of the country. I am fully confident that he will take an appropriate decision as and when the need arises.

People say you are a youth icon. The number of young voters will be high. Why should they vote for you?

My government has declared the current financial year as the year of the farmer and the youth. More than 17 lakh students have been provided free laptops till date. MBBS seats in government medical colleges have been increased to 600. Government engineering colleges have been set up in Mainpuri, Kannauj and Sonbhadra. Young people are being provided skill development opportunities through skill development mission. A large number of young people have been given jobs in the private sector on the initiatives of the state government. The upcoming IT City in Lucknow will also prove its worth in providing jobs. Many young people have been given jobs in government departments.

There are allegations of communal clashes and riots against your government. Law and order has been a problem.

First, let me make it very clear that law and order has never been a problem. In the past two years or so no communal clash has been reported from any part of the state, even though those who do the 'business' of rioting have made every effort to achieve their objective. The police have ensured that no unrest was caused anywhere. Whenever the Samajwadi Party comes into power, law and order is hyped up. Even the smallest of incidents are exaggerated. Some elements become active to ignite social unrest in the state. All this is done just to paint the Samajwadi Party government in a poor manner.

The government has been continuously focusing on the security of women. With this objective, the government launched 1090 Women Power Line in November 2012. To make the service more effective, its app was launched in 2014. You know that the police work under difficult conditions. We are working on a revised and most modern 'Dial 100' system, which will be the smartest facility in the world. This system would be synchronised with infrastructure so that the police can reach the spot within 10-15 minutes of receiving information.

In 2012, your team relied on technology to woo voters. This time what more are you doing?

The use of technology alone cannot ensure victory in elections. For that, one must have a vision for the development of the state. You must tell the people beforehand how you would be taking the state forward. However, our party will use the online social media platforms as well the traditional means for contacting the people. We would go to the people and inform them about our achievements. We would also inform them what else is to be done for the betterment of the state in future.

What about post-poll alliance? Which are the parties that you have in mind?

This time the voter will have the opportunity to compare and evaluate the performances of major political parties. The electorate will definitely keep in mind the dark days of the previous state government as well as the hollowness of the poll promises made by the ruling party at the Centre. When the voter will compare this with the performance of the Samajwadi government, she or he will find a marked difference. Complete fulfilment of poll promises along with effective implementation of various schemes by the Samajwadi government would definitely persuade the voter to give us a thumping majority. Therefore, the need for a post-poll alliance does not arise.