Man thrashed for kissing wife while bathing in Sarayu 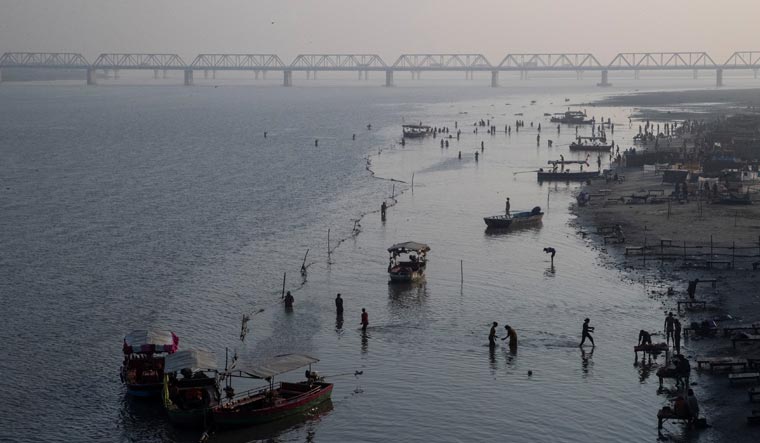 In an incident of moral policing, a man was thrashed in UP for kissing his wife while bathing in the Sarayu River. He was dragged out of the water by angry youths, who abused him, slapped him and showered blows on him. The incident was recorded on mobile phones and the clips have gone on social media sites.

“This vulgarity (kissing his wife) will not be tolerated in Ayodhya,” said one youth. The wife tried to stop the mob from beating her husband. But, was overpowered.

A police officer said the exact date of the incident was yet to be ascertained even though some people claimed it had happened at Ram ki Paudi ghat on Tuesday.

The officer said they had not received any complaint regarding it yet.

"However, we are investigating the matter and trying to find the couple and the miscreants who attacked them," the officer said.

Senior Superintendent of Police (SSP) Shailesh Pandey said, "The matter is being probed."