'Minorities shouldn't vote for such parties': Owaisi hits out at SP after UP bypolls setback

The BJP wrested the Samajwadi Party's bastions of Rampur and Azamgarh 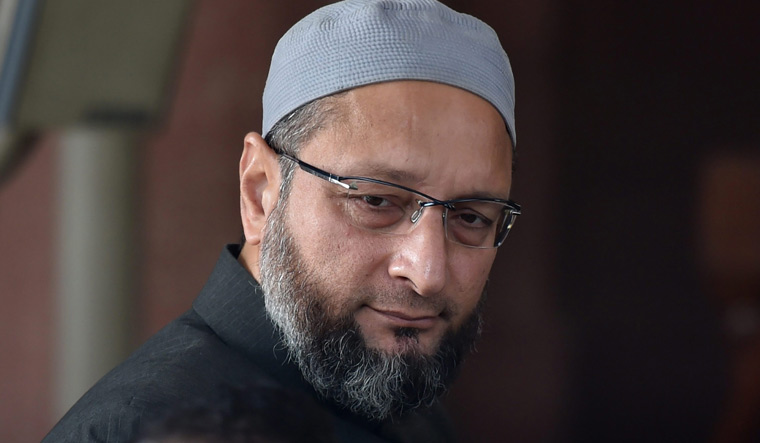 AIMIM chief Asaduddin Owaisi said that the Uttar Pradesh bypoll results showed that the Samajwadi Party is incapable of defeating the BJP. "They don't have intellectual honesty. Minority community shouldn't vote for such incompetent parties. Who is responsible for BJP's win, now, whom will they name as B-team, C-team," he said.

The BJP on Wednesday wrested the Samajwadi Party's bastions of Rampur and Azamgarh Lok Sabha seats in Uttar Pradesh, with Prime Minister Narendra Modi hailing it as a "historic" victory. Azamgarh and Rampur are high-profile constituencies vacated by SP chief Akhilesh Yadav and party stalwart Azam Khan after they were elected to the assembly and the BJP's win in the bypolls here holds an important symbolic value for the party.

Chief Minister Yogi Adityanath asserted that it indicated the outcome of the 2024 general elections in which the saffron party would win all 80 seats in the state. Rankled by the defeat in his home turf, SP chief Akhilesh Yadav termed the results as a "murder of democracy" and alleged there were irregularities during the election.

BJP's Ghanshyam Lodhi defeated Samajwadi Party (SP) candidate Mohd Asim Raja by a comfortable margin of 42,192 votes in the direct contest in Rampur, the seat vacated by Azam Khan. ''The by-poll wins in Azamgarh and Rampur are historic. It indicates wide-scale acceptance and support for the double engine Governments at the Centre and in UP. Grateful to the people for their support. I appreciate the efforts of our Party Karyakartas,'' Modi tweeted.

In Azamgarh Lok Sabha constituency, Yadavs constitute 21 percent of the electorate, Muslims 15 percent, Dalits 20 percent and non-Yadav OBC voters are about 18 percent. The SP had swept all the assembly segments in Azamgarh in the recently assembly polls.

In Rampur parliamentary constituency, nearly 49 per cent of the voters are Muslims. The SP had won three and the BJP two assembly segments.