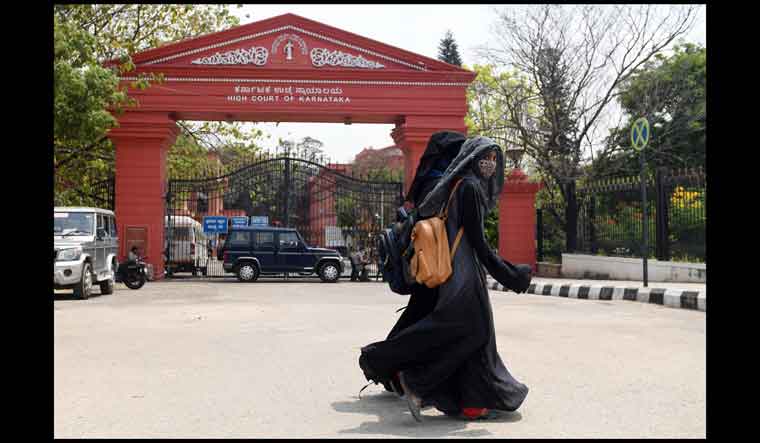 The US Commission on International Religious Freedom (USCIRF) has taken note of the ban on hijab in educational institutions in Karnataka and the recent state High Court verdict on the issue.

The USCIRF is a bipartisan federal government agency that monitors the right to freedom overseas and issues policy recommendations to the US government and Congress.

On Thursday, USCIRF tweeted a comment on the hijab issue by Anurima Bhargava, one of its commissioners. Bhargava said the Karnataka High Court ruling “upholding the hijab ban in schools is a violation of religious freedom. The ruling is a grave injustice and indignity to women and girls seeking an education in accordance with their faith.” The USCIRF also shared a news report from The Washington Post on the Karnataka High Court decision.

In recent years, USCIRF has been critical of the record of religious freedom in India. The USCIRF country profile for India notes “Religious freedom conditions in India are taking a drastic turn downward, with national and various state governments tolerating widespread harassment and violence against religious minorities.” USCIRF alleges the Citizenship (Amendment) Act “potentially exposes millions of Muslims to detention, deportation and statelessness when the government completes its planned nationwide National Register of Citizens”.

In its annual report for 2021, USCIRF recommended India as one of four nations that should be designated “countries of particular concern” due to deterioration in religious freedoms. India has in the past said that USCIRF had chosen to be guided only by its biases on a matter on which it has no locus standi.

Bhargava, an Indian-American civil rights lawyer, was appointed as a USCIRF commissioner in April 2020.

Born and raised in Chicago, Bhargava was the founder and president of the Anthem of Us, “a strategic advisory firm that works with educational institutions and corporations to promote dignity and justice for all”. She had extensive experience in various roles advocating for members of under-represented communities, including at the US Department of Justice and the NAACP Legal Defense and Educational Fund (LDF).

Before attending law school, Bhargava worked in India assisting women elected to local government. She has been a member of the Truman National Security Project and the Council on Foreign Relations.