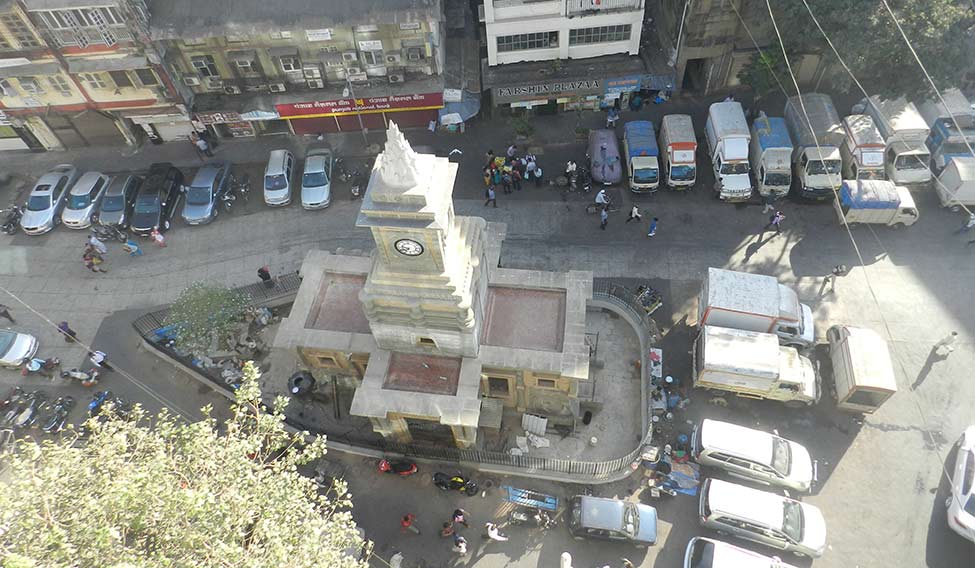 The Kala Ghoda Arts Festival is not just about performances and installations, it is also about restoring heritage places and reclaiming space for arts and culture

When the Kala Ghoda Arts Festival began in 1999, artist Brinda Miller was a mere spectator. She was thrilled by the prospect of Mumbai having its own festival that covered art and culture extensively. In the last couple of years, being at the helm of affairs, Miller has witnessed and shaped the festival’s growth.

Unlike the initial years when any performance happening in the Fort area would be included in the programming, now performers show an interest and excitement to participate in the festival. “Performers come to us. Even the big stars come at a reasonable price, and we don’t go out of budget. But again, it is the audience that has grown. We started elitist, then we became middle class and now it is open for everybody,” says Miller, the festival director.

The festival, which allows visitors to indulge in food, art, films and live performances including music, dance and stand-up comedy, has been evolving with every passing year with the addition of more shows and art forms. However, the newness this year has to do with the venues more than the lineup. In the last one year, the Kala Ghoda Association (KGA) took up restoration work in and around the Fort area. “The aim of the Kala Ghoda Association is two-fold—one is the restoration of the heritage art district, and the second is to use the district to promote cultural activities,” says Maneck Davar, chairperson of the association, which took up restoration work for three sites ahead of the nine-day festival in February. 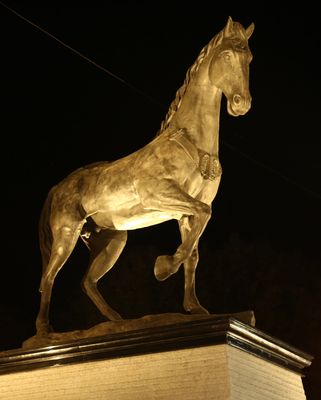 Stomp of approval: Kala Ghoda in Fort, Mumbai, finally got its horse statue, a bronze one, decades after the original black stone statue was shifted to Byculla.

The Horse on Rampart Row

A black stone statue of King Edward VII on a horse stood tall in the Fort area once, hence the name Kala Ghoda. It was, however, shifted to Byculla in the 1960s. Davar says since the Municipal Corporation of Greater Mumbai wanted another statue erected at the site to give the area a tangible identity, KGA took it up happily. In a budget of about Rs 50 lakh, the association along with Alfaz Miller of ABM Architects and sculptor Shreehari Bhosle, aided by Arzan Khambatta, created a bronze horse statue that was recently erected in the parking lot at Rampart Row.

Since the association was doing away with the colonial statue altogether, a lot could have been thought in terms of giving it a new look and meaning. But “traditional suited the best,” says Miller. “We did try all the combinations, but didn’t want any controversies. So, we have kept it very traditional.”

For art lovers though, there is more in store at the festival. The theme—Ride The Wave—at the upcoming edition is inspired by the horse. “We will also be using the Jehangir Art Gallery for the first time to display visual arts. And, the exhibition will pay tribute to different kinds of horses,” says Miller.

As Davar says, the primary motive of the association has been to restore the structures in and around the Fort area. If in the past, the Chhatrapati Shivaji Maharaj Vastu Sangrahalaya (formerly the Prince of Wales Museum) has been one of the major beneficiaries, this year the association took over work on three more sites.

According to Davar, around Rs 2 crore has been pumped into the work taken up this year. The funds have mostly come from the earnings of the festival and the association’s stock. The permissions for the work were secured from the Heritage Committee and from the Brihanmumbai Municipal Corporation. 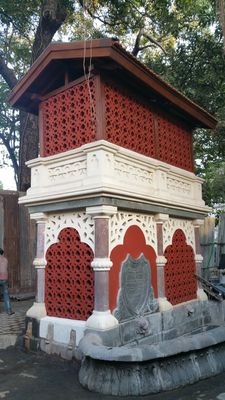 The Bomanjee Hormarjee Wadia Clock Tower, located at the junction of Bazar Gate Street and Perin Nariman Street, was a commemorative fountain erected in 1882 in honour of Wadia, who had contributed largely in the service of the city. Conservation architect Vikas Dilawari was roped in for its restoration, and the KGA will maintain the structure.

“If we are taking up restoration work, it has to reflect the history in the best possible way,” says Davar. “There are jali-like structures at the Horniman Circle Pyav [water fountain] and we didn’t want it to look new in any way and thus we had to be very careful.” The Horniman Circle, too, is being conserved by the KGA along with the Urban Design Research Institute. The existing underground well located below the Horniman Circle Garden was dug in 1811. Subsequently, Seth Gangadas Vijbhukhandas Shroff funded the establishment of the pyav in 1842.

The third structure to be restored is the Ruttonsee Muljee Jetha Fountain, which is located at the intersection of Mint Road and Shahid Bhagat Singh Road. It was erected by Ruttonsee Muljee, a businessman, in 1894 in memory of his only son, Dharamsee, who died at a very young age. Frederick William Stevens aided by John Griffiths, former principal of the Sir J.J. School of Art, worked on this ornamental structure that was once a public drinking water fountain with basins at four different levels. The fountain, conserved by Dilawari, was also unveiled recently.

Coincidentally, the heritage walk at this year’s festival will be to the Royal Opera House, which, too, was restored over the last one decade and has recently opened its doors to the public. Also, new venues have been added. “We are expanding our stalls, especially NGO stalls and food festival at the Cross Maidan. The crowd is getting bigger by the day and we need to expand. We can’t go much farther, but we need to spread. Our aim has been to get big performers every year, but this time we have one big performance every day,” says Miller. For instance, in the music section, there will be performances by Rahul Sharma, Begum Parveen Sultana, Baba Sehgal, Javed Ali and a performance by an Australian rap singer for the closing ceremony. The theatre section will have Mera Woh Matlab Nahi Tha, starring Anupam Kher and Nina Gupta, besides performances by Lillete Dubey, Sudha Chandran, Mallika Sarabhai and Vedanta, Sumit Nagdev and Gracy Singh. Fashion designer J.J. Valaya will be taking a masterclass, too.

The festival will be held from February 4 to February 12.