DAG's upcoming exhibition promises to be its most ambitious yet Sculptures of the great Indian polymath, Rabindranath Tagore, have always paid due reverence to the details of his sagely demeanour. They have always been respectful of his monumental intellect. But, perhaps, the most fascinating portrait of Tagore was done in 1938 by Ramkinkar Baij, India’s first modernist sculptor. In The Poet (Head of Rabindranath Tagore), Baij has sculpted Tagore with his face lopsided, hollowed out and almost emaciated. It was probably Tagore’s first psychological profile as a troubled man.

Baij’s student Shankho Chowdhury was so enamoured by the cement sculpture that he cast a similar one in bronze. The Poet, in bronze, is now part of the National Gallery of Modern Art’s collection in Delhi. “The NGMA does not have the original sculpture; we have it,” says Kishore Singh, noted art critic and senior vice-president of Exhibitions and Publications at DAG, one of India’s foremost, and perhaps richest, private art enterprises.

But why would not NGMA, the country’s premier seat for modern and contemporary Indian art under the ministry of culture, showcase The Poet’s original in cement? “They need to have the budget for it. Such works should be acquired by a museum so they are available to the public at large,” says Singh. 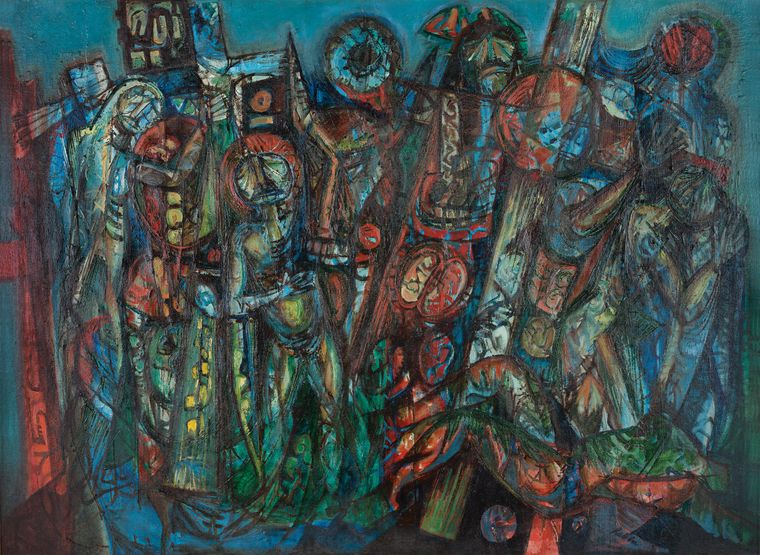 DAG is opening two new galleries at the Taj Mahal Palace and Tower in Mumbai soon. The galleries come in the wake of their Kala Ghoda outpost getting decommissioned in 2020. The inaugural exhibition, Iconic Masterpieces of Indian Modern Art, promises to be the most ambitious spread DAG’s ever laid out since it was first set up in 1993. 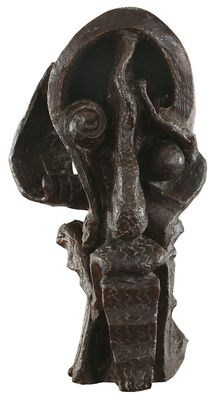 Most of the 50 artworks, selected for their quality, historicity and rarity over a time frame of 200 years, will be shown in India for the first time. For instance, Nicholas Roerich’s original Banner of Peace. The painting was part of the Roerich Peace Pact signed by President Franklin D. Roosevelt in 1935 to protect monuments, buildings, institutions and cultural artefacts from acts of desecration during times of war or peace.

There is a work by Tagore himself that would not be familiar to Indian audiences—a dark and abstract portrait of an unknown woman that was painted in London and remained there till its recent acquisition by DAG. The oldest work in the exhibition is a ‘Company’ painting done by an anonymous Agra artist; it captures a riverside view of the Agra Fort.

The exhibition is accompanied by a 758-page book which gives an extensive history of Indian art with contributions from 44 scholars—a kind of documentation which has rarely been undertaken by DAG, believed to have one of the largest inventories of art and archival material in India. “In terms of the exhibition’s sweep, range, stories and magnitude, we have not pulled off anything like this before. We are putting out a museum for you,” says Singh. In the 75th year of Independence, with an exhibition on an unparalleled scale, DAG is also carving a space for itself in the league of icons. “There is no other art company in the country that has the spread of art that we have,” says Singh. 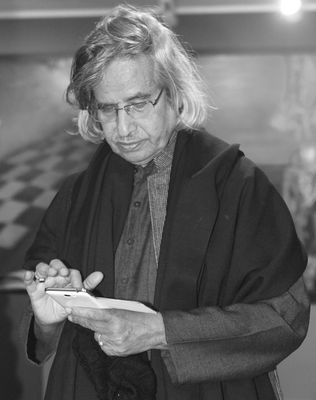 The final work in the exhibition catalogue was cast last year by an eminent 21st century painter who has never made a sculpture in his life. Jogen Chowdhury’s The Elephant (Man) in the Room—a curious and confounding exercise in “elephant-human hybridity”—was cast in clay and then sculpted in bronze in Indonesia.

“I find enjoyment in playing around with forms,” says Chowdhury, when asked about the extra pair of eyes on the Elephant Man’s head. “This sculpture should not be compared with my earlier work.” The sculpture was supervised by Chowdhury, 82, via video conferencing during the pandemic, reflective of a time when art viewing and collecting moved online.

An excerpt on the sculpture from the catalogue:

The Elephant (Man) in the Room

Jogen Chowdhury’s magnum opus, unmissable at a little over five feet tall, is a sculpture that exists at the crossroads of tradition and artistic independence. It is a rare sculpture in the Bengali artist’s career, which spans six decades, and seems to have leapt straight out of the two-dimensional pages of his drawings.

Elephant Man is designed to engender the illusion of a flat drawing when seen from the front. From this perspective, the viewer sees two eyes, which reinforces that belief. But circumnavigating the sculpture reveals two additional eyes on the verso side of the figure’s head. When asked about this oddity, Chowdhury laughs and speaks about the enjoyment he found in playing around with forms. Like many of his contemporaries, he refrains from revealing much about his work, and instead allows the audience to draw their own unique conclusions.

The figure sits with feet folded in the padmasana (lotus pose) posture. The legs appear relatively small and frail in comparison with the four arms, whereas the torso is intentionally elongated. The elephant-human hybridity is not constricted to the head with a trunk alone. The prominent chest may cause contention about the figure’s gender, but the artist insists on calling ‘him’ a ‘man’.

While the four hands are plump and the torso wrinkly and aged, the elephant head is unnaturally elongated and appears muscular. All four eyes are recessed within the head, with strong eyebrows and prominent crow’s feet. Two blunt-ended tusks protrude from the figure’s small, almost human-sized mouth. Warped physicality has since long been a characteristic feature in Chowdhury’s art, which is oftentimes projected as satire or social commentary. However, this perception could instead be posed as a criticism about our society’s pre-conceived notions of beauty.

[Extracted from The Elephant (Man) in the Room by Shatadeep Maitra, Iconic Masterpieces of Indian Modern Art. The sculpture is part of the inaugural exhibition at DAG, The Taj Mahal Palace and Tower, Mumbai, opening soon.]