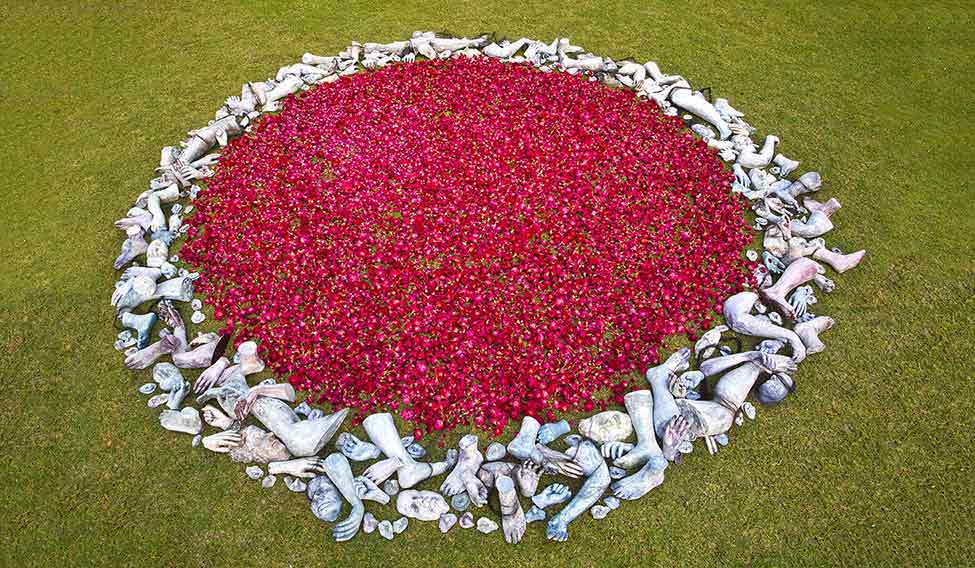 Boundaries and barriers: Kakar uses wax models of her own body parts in her title work, Crossing the Lakshmana Rekha: Shakti, Sensuality and Sexuality. 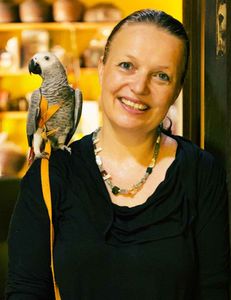 Perhaps the most haunting image of the December 2012 gang rape of a paramedical student in Delhi was the metal rod that fatally injured her. The image remained in the mind of German writer-turned-artist Katharina Kakar, 48, as she worked for two years on her debut solo show, Crossing the Lakshmana Rekha: Shakti, Sensuality, Sexuality.

The work titled December 26 2012 is part of the mixed media installations and drawings that deal with gender issues in contemporary Indian society. “In India, the brutality of rapes is alarming,” she says. “Aggression and hatred towards the women who cross into public space, which is still culturally perceived as 'male space', is linked to deeply internalised ideas of the 'respectable woman', worthy of protection, and 'the other', responsible for the violence inflicted upon her."

The works are simple yet evocative. Kakar has used everyday items such as pepper, chillies, cloves, coconuts, wax, clay, fish, ash, perfume and paint to explore themes of gender inequality: rape, female foeticide, domestic abuse and sexuality. “For me, these spices are symbols of feminine power,” she says, explaining her choice of ingredients. “Red chillies, for example, are a potent metaphor for desire, female fertility, sexuality and rage."

Kakar was born in Europe but chose to settle in Goa in 2003 with her husband, the psychoanalyst Sudhir Kakar. She calls herself a “cultural bridge builder” as living in Germany and India has given her an outsider and insider view of both cultures.

How does she see the discourse on women's issues in India and Europe? “Much has happened in the last decade,” she says. “Women’s mobility and education in urban spaces are becoming a force that can no longer be ignored. The expression 'Crossing the Lakshmana Rekha' has become a powerful cultural idiom in India, signifying the consequences of crossing moral boundaries and addressing the issue of women’s vulnerability in public space. These are not issues in northern Europe, where women can 'loiter' as men do and where they are not shamed into silence if they express their desires or sexuality." The title work is among those that resonate most with her. The installation consists of a large empty circle, filled with rose petals, and several hundred wax body parts (of her own body) placed beyond the line drawn by Lakshmana. “I like to work with my body to address issues of importance,” she says. “Another work I like is Hung Out to Dry, because women so rarely address their sexual needs and frustrations openly. Unheard is another piece that moves me, because it is based on so many stories untold by women.”

How does she see her work being received by audiences, both Indian and international? “I am curious to see if people relate to it or feel offended that I transgress cultural boundaries,” she says. “I don’t want to offend anyone. I want to stir up debates. What might be a challenge with an Indian audience— talking openly about desire and sexuality—would not be one with a European audience, where there are much less restrictions on the expression of the self through art.”

The show will be on till November 30 at the India Habitat Centre, Delhi.