Nara Lokesh, son of Chandrababu Naidu, is stepping up his political presence

Soon after he took charge as chief minister in June last year, Chandrababu Naidu decided to brand Andhra Pradesh as the 'sunrise state'. He was, perhaps, being sportive. In recent times, the state has witnessed the rise and rise of Nara Lokesh, Naidu's son and coordinator of the Telugu Desam Party Workers' Welfare Fund.

Lokesh, 32, has been in the news for his ongoing, whirlwind tour of the US to attract investments to Andhra Pradesh. TDP supporters in California organised a car rally and gave him a rousing welcome at the San Francisco International Airport on May 4, the first day of his visit. According to the TDP, non-resident Indians in San Francisco and Los Angeles adopted 126 villages in Andhra Pradesh under the state government's Smart AP programme.

Apparently, it was just a start. After his visits to Chicago, Dallas, New Jersey and Washington, DC, Lokesh announced that more than 1,000 villages in Andhra Pradesh had been adopted by NRIs. He met industry leaders in the US and said he hoped to raise more than $500 million worth of investments by the end of his two-week tour. He even managed to meet US President Barack Obama in Portland. The meeting, however, raised eyebrows as Lokesh was only a party functionary who did not hold any government post.

Perhaps, Lokesh used his connections established during his student days in the US. He has an MBA from Stanford Graduate School of Business and a BSc with specialisation in management information systems from Carnegie Mellon University. His Stanford batchmates reportedly helped him fix appointments with the heads of several investment groups and multi-national corporations based in the US.

By courting business leaders, Lokesh is following in his father's footsteps. Naidu recently visited Singapore, Japan, China and Germany to seek investments to Andhra Pradesh, which is in dire need of funding for its planned infrastructure projects. Like his father, Lokesh, too, is now being perceived as adept at raising funds for the party as well as the state.

Before he entered politics, Lokesh was junior associate at the World Bank and was involved in projects such as e-governance capacity building for Ethiopia, Sudan and Liberia. He later became the head of Studio N, a news channel known for its bias towards the TDP. He is also executive director of Heritage Foods (India) Ltd since July 2008. In 2007, he married Brahmani, daughter of Telugu actor and politician Nandamuri Balakrishna, his maternal uncle. The couple has a son.

Lokesh's impressive academic credentials, however, have not impressed his political opponents. In 2011, YSR Congress leader Y.S. Vijayalakshmi filed a petition in the High Court saying that his degrees had been financed by B. Ramalinga Raju of Satyam Computers. “'Lokesh did not have the grades to study in Carnegie Mellon University or Stanford, and so a sum of Rs10 crore was paid to Carnegie Mellon, and Rs12 crore to Stanford, by Raju,” said the petition. Both the universities, however, later clarified they had not received money from Raju.

Lokesh first came on the media radar in the 2009 Lok Sabha elections. He helped develop a direct cash transfer scheme, the implementation of which was one of the key poll promises of the TDP manifesto. But it failed to boost the TDP's electoral fortunes. In 2013, when the Manmohan Singh government launched its Direct Benefit Transfer System, Lokesh said it was derived from the TDP proposal.

After the TDP's lacklustre performance in the 2009 elections, Naidu kept Lokesh away from politics. His public appearances were rare, the most prominent being in an anti-corruption rally organised by the TDP on Mahatma Gandhi's death anniversary in 2011.

In May 2013, Lokesh was formally inducted into the TDP and was appointed head of the party's youth wing. He was one of the key organisers of Naidu's Vastunna Meekosam padyatra in the run-up to the 2014 Lok Sabha elections. Though reticent, Lokesh reinvented himself as a dynamic leader after the TDP came to power in Andhra Pradesh. Even as he positioned himself as Naidu's political heir, he has been careful not to rile up senior party leaders. In fact, Deputy Chief Minister K.E. Krishnamurthy, who criticised dynasty politics when Lokesh was named the party's working president last month, is now all praise for the young leader.

As coordinator of the party's welfare fund, Lokesh has reached out to the cadres, too. On April 12, he began a tour of Telangana to visit the families of nearly 50 partymen who had fallen prey to illness and accidents. Each of the families received a cheque for Rs2 lakh from the welfare fund.

Lokesh is focusing on boosting the TDP's presence in Telangana through membership drives and welfare schemes for party workers. According to him, the past few months have seen 54 lakh people joining the party. Apparently, a significant number of new members are from Telangana. 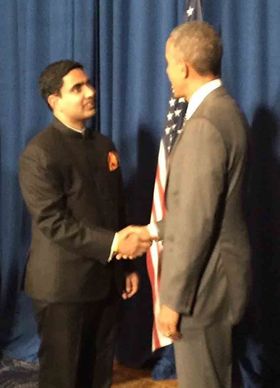 Lokesh has announced that active members of the party would get an insurance cover of Rs2 lakh for permanent disability or death by accident, Rs1 lakh for partial disability, and Rs50,000 for injuries in accidents. He has also promised funds to help party workers set up small self-employment units.

Even though he does not hold any official post, Lokesh wields considerable influence in the government. The fact that he chaired review meetings with ministers and party legislators in the absence of Naidu indicates his standing in the TDP. Also, he has been the driving force behind projects such as the NTR Sujala Sravanthi, which aims at drinking water supply to all villages in the state.

RISE TO THE TOP
* Nara Lokesh, 32, has an MBA from Stanford Graduate School of Business and a BSc with specialisation in management information systems from Carnegie Mellon University.
* He was junior associate at the World Bank and is currently executive director of Heritage Foods (India) Ltd.
* Married to Brahmani, daughter of Telugu actor and politician Nandamuri Balakrishna.
* During the 2009 Lok Sabha elections, he helped develop a direct cash transfer scheme, the implementation of which was one of the key poll promises of the TDP manifesto.
* Formally inducted into the Telugu Desam Party in May 2013; appointed head of the party's youth wing.
* He was one of the key organisers of Chandrababu Naidu's Vastunna Meekosam padyatra in the run-up to the 2014 Lok Sabha elections.
* In April, he was named working president of the TDP.

Your form could not be submitted.
This browser settings will not support to add bookmarks programmatically. Please press Ctrl+D or change settings to bookmark this page.
Topics : #Chandrababu Naidu | #politics