More and more parties want a caste census, even if at state level

Current government policies, and even politics, are influenced by the 1931 census 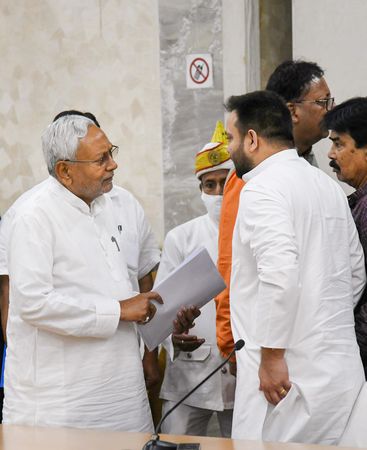 JOHN HENRY HUTTON, an anthropologist-turned civil services officer, carried out the last caste-based census in India, during British rule in 1931. He did, however, face opposition—such enumeration would only perpetuate the system, said critics. “It is just as easy to argue, and with at least as much truth, that it is impossible to get rid of any institution by ignoring its existence like the proverbial ostrich.... Indeed the treatment of caste at the 1931 census may claim to make a definite, if minute, contribution to Indian unity,” Hutton wrote in the census report.

Almost a century later, Hutton’s concerns are relevant again. After several failed attempts, there is again a push to conduct a caste census. But, instead of a pan-India exercise, some state governments are saying that it can be done at the local level. Chief Minister Nitish Kumar, for instance, has said that Bihar would conduct the census in the next nine months—this is to better understand the socio-economic status of various castes and to pass on the benefits of affirmative action to the marginalised.

The Karnataka government had conducted such a census in 2015, but never made the report public. Bihar, though, is likely to publish the report and set a model for the country.

Though the growing demand to conduct the census has come mainly from caste-based parties such as the Rashtriya Janata Dal, the Samajwadi Party and the Janata Dal (United), others like the Telangana Rashtra Samithi, the YSR Congress, the Biju Janata Dal, the Nationalist Congress Party and the Congress are also on board. In fact, last November, the YSR Congress-led Andhra Pradesh government passed a resolution to conduct the census.

The United Progressive Alliance government had conducted a caste census in 2011, but the report was never made public owing to “discrepancies”.

One of the main reasons for conducting a caste-based census is that the current affirmative action through government policies, and even politics in the country, are influenced by the 1931 census.

The regional parties feel that a caste census would give a fillip to OBC politics, which could be a counter to the BJP’s aggressive hindutva push. There had been a rise in caste-based parties following the implementation of the Mandal Commission report in 1990. Though many regional parties have stopped the BJP’s march into their states till now, the national party is closing the gaps with its social engineering.

The BJP, which was opposed to a caste census on the grounds that it would perpetuate the caste system and create fresher demands for reservations, seemed to have changed its stance. Though the party has said that the Centre would not conduct the survey on the national level because of technical issues, the BJP’s Bihar unit has supported a state-level census. “We have always supported conducting the caste census,” said BJP OBC Morcha president K. Laxman. “Prime Minister Narendra Modi has given full power to the states to include any community in the reserved category, as per the Constitutional (127th) Amendment Bill passed in Parliament. Let the states take up the census, as there are many complexities at the national level. We need proper scientific [methods] and thorough studies before a national level census takes place.”

Laxman argued that the status of a backward class community varies according to the state. For example, the Vaishyas in Bihar are backward class, but they are not so in other states, he said. Some Brahmins in Uttarakhand are OBCs and Jats are OBCs in some states. Similarly, in south India, Reddys are backward in Karnataka, but not in other states. There are many such complexities and technical issues that can become legal problems, too. “So, the states should conduct it first,” he said.

The Bihar experiment is likely to cement Nitish’s hold on the state. He had earlier crafted a subcategory of “mahadalits”, who stood firmly behind him in the elections even as he faltered on several fronts. “Since the 1990s, Nitish has been pushing for it (census),” said former state minister and JD(U) leader Neeraj Kumar. “His governance model has given benefits to the marginalised sections. Our government works for communities. We have to improve our human [development] index. He took consent from all parties (for the census). We will conduct it with transparency and in a time-bound manner. We have set aside 0500 crore for it, and the data will be made public. We will set an example.”

The Rashtriya Lok Dal, a Jat-dominated party, has also demanded a caste-based census. In May, its president Jayant Chaudhary organised a national conclave inviting several parties, all of whom supported the demand and dismissed fears that it would lead to more casteism.

“We need fresh data as we do not have information about a big portion of the nation’s population,” said RJD spokesperson Nawal Kishore. “We need scientific data to achieve impactful policy. The inequality in society can be addressed through it. The argument that it will lead to more casteism is unfounded. If you take a village as a unit, everyone knows the castes that stay there. Does it lead to tension?”

Though the BJP has made gains among the dalits and OBCs in recent years, it would need to work harder as fresh data will lead to more complex caste equations. “The BJP has opposed it since the beginning saying that the regional parties have their basis in caste,” said Kishore. “It is wrong to say people vote on the basis of caste alone.... To remove social inequality, [one has] to know the overall configuration of the society. Doing politics in the name of religion can yield electoral benefits, but there cannot be social benefits. The cure for caste-based polity is caste-based initiative. When we talk about religion, there is no inequality. It comes into being when we look at caste. A caste census will help remove the social inequalities in the Hindu religion.”