I want Bhupesh model across India 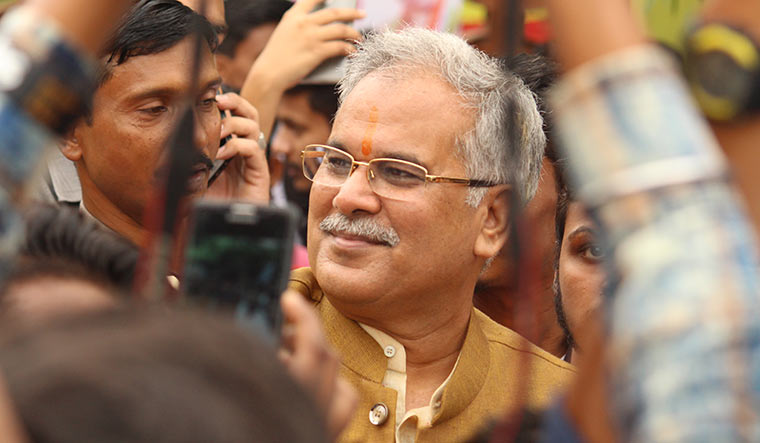 Q/ You did not apply for bail when arrested, but did so in four days. Why?

A/ I fell ill eating jail food and applied for bail to save my life. I have a blood sugar level of more than 400mg/dl and no teeth, so eating jail food was harmful and difficult. Now, after consulting doctors, I am feeling better.

Q/ But you have been in jail several times earlier.

A/ I can’t remember the number of times I have been jailed across the country. I have never been afraid of [going to jail]. Also, the cops have always treated me well, because I consider them as my own. Most of them are sons of farmers.

Q/ Many people, mainly BJP leaders, say the arrest was a political gimmick.

A/ My son did his duty as chief minister. I want to thank him for that. There is nothing political about this.

Q/ Your Twitter bio says ‘Proud father of Chhattisgarh CM Bhupesh Baghel’. But you were always opposed to his ideology and politics.

A/ There is nothing uncommon about a father and son having ideological and political differences. Each individual’s life and ideas are shaped by the circumstances he or she goes through. But this difference does not mean that the father-son relation is altered. When Bhupesh was 18, I had questioned his decision to give up academics and enter politics. I asked him whether he could become a CM by doing so. He touched my feet and vowed that he would become one. He did it and I am certainly proud of him.

Q/ How do you view your son’s performance as chief minister?

A/ I have only one complaint: that he supports the chutiadhari people (Brahmins who have a lock of long hair). Our difference on this is so much that we had a tiff over immersing the mortal remains of my wife, Bindeshwari.

Q/ Have you converted to Buddhism?

A/ No, I did not actually go about converting to Buddhism, but I follow the teachings of the Buddha and the principles of Buddhism. One of his main teachings is about making use of one’s own mind, intellect and discretion to make decisions in life, and not blindly follow what others, including religious texts, say. I followed this strictly, and even gave the same advice to Bhupesh when he promised to become CM. 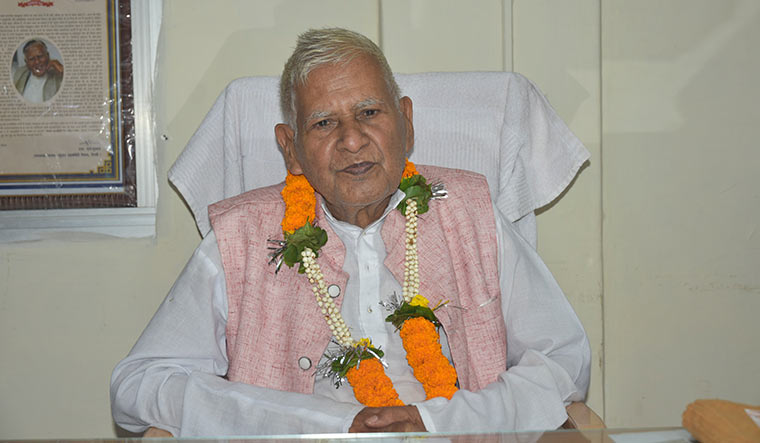 Q/ What spurred you to the kind of politics you espouse?

A/ I had passed matriculation with 84 per cent marks from the Central School in Raipur. A book on Acharya Vinoba Bhave was given to me as a prize for winning a debate competition. The book said that one keeps learning through life. I decided to follow this and left academics, and got involved in the work of Acharya Vinoba.

Q/ What is your larger goal?

A/ I want to ensure that dalits, tribals, Other Backward Classes, minorities and farmers get their due rights and political representation. I want the Bhupesh model of farm-based economy to be implemented across India. This would mean focus on cattle and farm and allied activities, and assurance of higher minimum support prices for crops.

I will be fielding candidates for the 2024 Lok Sabha polls after my SOM Party (named after the acronym for SC/ST, OBC and minorities) gets registered, and then tie up with like-minded parties after the results.

Q/ Will you consider a tie-up with the BJP?

A/ Certainly not. It is a party that does the politics of religion and misleads people by focusing on temples and mosques. It is because of them that the situation in the country is so bad today. We have to unite to fight the BJP in the coming Lok Sabha polls.

Q/ Have you thought of joining the Congress?

A/ After Bhupesh joined the Congress, I, too, wanted to do so. But [former Madhya Pradesh chief minister] Digvijaya Singh, [former Union minister and Bhupesh’s mentor] Chandulal Chandrakar and [former Chhattisgarh chief minister] Ajit Jogi were all terrified of my proposal. They could not digest my views and style.

Q/ Your book Brahman Kumar, Ravan ko Mat Maro was banned. Did you want to republish it in a different way?

A/ Yes, earlier I had written the book with the consideration that Ravan was a Brahmin. But now I know that he was a moolniwasi (a tribal) of the Gond community, who wanted to protect cattle and prevent them from being killed. His brother Kumbhakarna invented the plough, so that people did not have to eat animal meat. I want to bring all this to the forefront. I want to say that there is nothing special about the Brahmins, that they should be treated on par with all. If they think of us as untouchables, then we would also consider them as untouchables.