With restrictions on in-person campaigning, parties are wooing voters online

UP MEIN SAB BA (UP has everything) sang popular Bhojpuri entertainer and BJP MP Ravi Kishan. The song, rendered in a catchy rap style, was released by the BJP on social media as a campaign anthem for the assembly elections in Uttar Pradesh. Its message: the state, under the Yogi Adityanath government, has seen tremendous development.

It was soon countered with UP Mein Ka Ba (What is there in UP), sung by Bhojpuri singer Neha Singh Rathore. Rathore released the song on Twitter and YouTube; BJP’s rivals latched on to it and it became quite the rage on social media.

The musical duel filled digital media with the kind of razzle-dazzle that is associated with elections in India, but which is somewhat absent in the physical campaign for the coming assembly polls owing to Covid-19 restrictions.

But the restrictions on in-person campaigning by the Election Commission did not surprise political parties, which already had online and offline strategies in place. All major political parties are boosting their campaign using Twitter, Facebook, WhatsApp and Instagram. Apart from releasing campaign songs online, posters, too, are being designed specifically for digital use. Virtual rallies are being planned and live video content is being posted online. Strategies also include recorded audio appeals by leaders and phone calls to voters. Most parties have also deployed vans fitted with LED screens to broadcast speeches of leaders and other campaign content.

The BJP is acknowledged to be far ahead of other parties in terms of infrastructure and digital-ready party workers or ‘cyber yodhas’ as they are referred to in party circles. In Uttar Pradesh, the party has more than a lakh WhatsApp groups and more than 100 Facebook pages. It has a minimum of five social media volunteers for every booth, and 14 lakh registered volunteers in the party’s digital force.

“Our system is well-organised, be it in terms of infrastructure or trained party workers,” said Ankit Chandel, head of BJP’s social media department in Uttar Pradesh. “It is a tried and tested system. It was in the second wave of Covid-19 that the efficacy of the setup was tested during the party’s ‘Seva Hi Sangram’ campaign.” 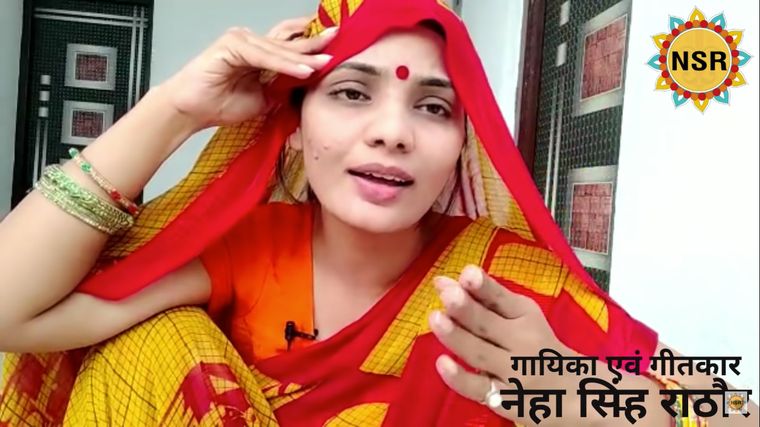 The Samajwadi Party, the BJP’s main rival in the state, too, has formed WhatsApp groups at the regional, district and block levels. The party demonstrated its readiness for digital engineering when it broadcast live its chief Akhilesh Yadav’s Vikas Rath Yatra on various online platforms. It has also countered the BJP’s ‘Fark Saaf Hai’ online campaign, which aims to show the difference between the Yogi regime and the Akhilesh Yadav regime.

“It is a mistake to assume that we are in any way lagging behind our competitors when it comes to using online media to reach out,” said Samajwadi Party’s Abhishek Mishra. “We have demonstrated that we are not just responding but in fact setting the agenda for the elections through our online campaign.”

The Congress, meanwhile, is ready with a plan to broadcast virtual rallies on various platforms. “We have WhatsApp groups in place down to the booth level to convey the party’s message in a matter of minutes,” said social media department chairman Rohan Gupta. “We have social media war rooms operational in Delhi and in the state capitals.” 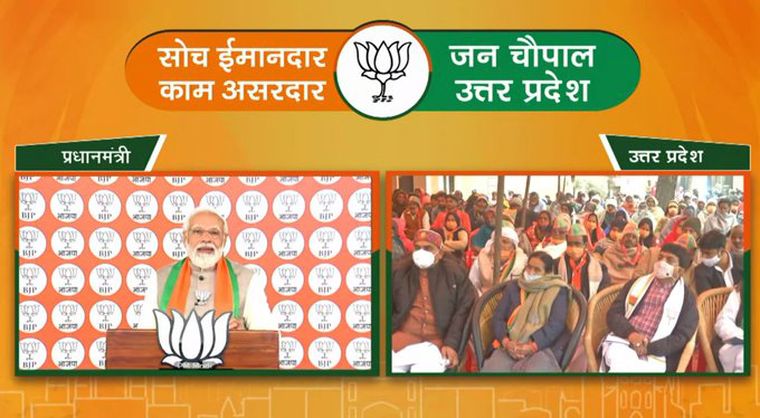 Congress general secretary Priyanka Gandhi Vadra, who is leading the party’s campaign in Uttar Pradesh, had launched her virtual campaign with interactive sessions on Facebook and YouTube.

In Punjab, the already hectic pace of online campaign received a fillip when the Aam Aadmi Party announced its state unit chief and Lok Sabha MP Bhagwant Mann as its chief ministerial face. If the AAP was prompt in outsmarting its rivals by sharing videos of its chief ministerial candidate on social media, its political opponents—the Congress and the Shiromani Akali Dal—almost instantaneously countered the move by putting out posts that focused on Mann’s alleged drinking problem or argued that he was only a front for ‘super chief minister’ Arvind Kejriwal.

The AAP has been running an aggressive online campaign, broadcasting live the speeches and press conferences of national convener Kejriwal, and now the Townhall interactions of Kejriwal and Mann. Its party leaders and workers have been keeping the online media abuzz with catchy hashtags and memes. “What sets apart the AAP campaign is the creativity and innovation, and that comes from the youngsters in our social media team,” said AAP’s state co-in charge Raghav Chadha. “We are not relying on any external agency for their inputs.” 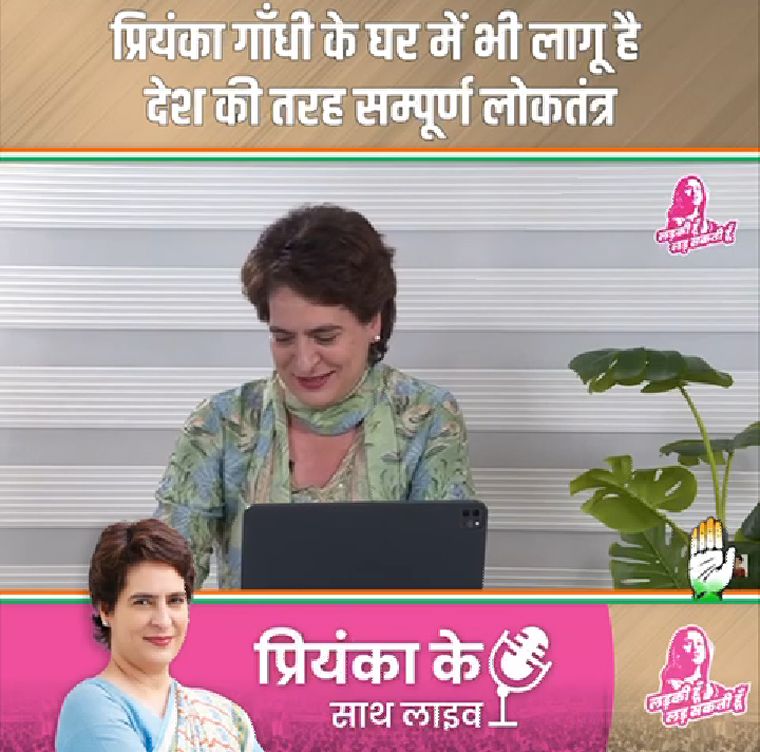 Even the Akali Dal, which has traditional moorings and is seen as an outfit representing the cause of the Sikh peasantry, has put together a well-organised social media team, with a central war room and 23,000 WhatsApp groups. “We have been ready for digital campaign for two years now, because of Covid-19,” said S. Nashattar Singh Gill, head of the Akali Dal’s IT cell. “For this election, we have already held one virtual rally of our leader Sukhbir Badal, and we plan to hold more virtual rallies.”

Political strategist and cofounder of P-MARQ Abbin Theepura said that irrespective of Covid-19, parties are feeling the need to be in the online space primarily because of demographic reasons. “Almost everybody in the 18-30 age group has a smartphone,” he said. “Individual leaders, political parties and their chief ministerial face are all relying on social media tools to amplify their message, irrespective of Covid-19.”

According to industry estimates, a candidate could end up spending around Rs10 lakh for a digital campaign involving an external agency in his or her constituency, and parties might need to spend around Rs5 crore per constituency.

“Small parties or candidates who cannot match the resources of their better placed counterparts do find themselves at a disadvantage here,” said Mishra. “This is what Akhilesh Yadav was referring to when he asked the Election Commission to provide all parties with a level playing field.”

Even the relatively well-heeled parties think that the BJP has an advantage over the others in the online sphere, owing to its first-mover benefit and ample funds that would help it sustain a campaign over a multi-phase election.

There is also the challenge of bridging the digital divide as a sizable chunk of the population is outside the ‘smartphone’. “Digital campaign cannot replace physical campaign,” said Theepura. “In any case, what we see on social media is a reflection of what is happening on the ground. I am sure parties will innovate and find ways to reach out to people, like carrying out door-to-door campaigns to give electioneering the much-needed human touch.”