Ubuntu leaves you happy and smiling 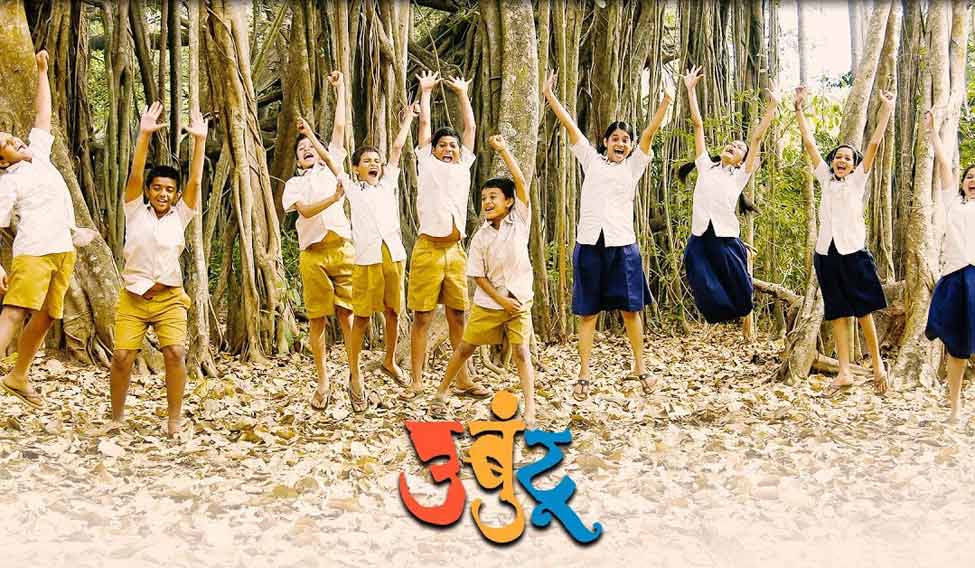 "Ubun tu tu tu tu tu..." so went the chorus―joined in by two school going boys seated next to me―to the tune playing on screen in which a bunch of school-going children in a remote village, live, laugh and play as they pledge to spread compassion and love around. A large part of the cinema hall, where I watched the movie, had been occupied by kids―some accompanied by parents, friends and some by teachers. Given that children form the heart of the movie, this is but natural. They take it upon themselves to keep their school functional and the classes going in the face of threats posed by village elders to shut it down on the pretext of low attendance and zero educational value.

The kids, of Dhoblewadi village in the district of Satara, enjoy attending school, for they have fun learning core functional knowledge imparted to them by this particular teacher (Sarang Sathaye), who is driven to prevent them from travelling miles to attend school and provides them access to a quality education in their own village―a privilege he lacked as a child.

The plot of Ubuntu, the directorial debut of Pushkar Shrotri, is in a way very similar to that of Vees Mhanje Vees, a recent film that delved into the sad state of affairs at schools in some villages. The first half of the film is convincing and gripping as the viewer gets introduced to the desperate situation of the only school in Dhoblewadi run by a single school master. There is considerable proof that the master teaches well and the students are active learners and are also enthusiastic enough to put their learning to practical use.

However, the villagers and the sarpanch (Shashank Shende) will hear none of it as they threaten to shut down the school if the attendance is not raised up from the present 15 students to 35 students. Not much later, an emergency demands for the teacher to go away for a week or so, and he puts one of his most popular students Gauri (Bhagyashree Sankpal) in charge of getting as many pupils as possible to the school every day until he is back.

Now, in an attempt to get full attendance, Gauri guns for Abdul, who happens to be the more intelligent and studious kind, and decides to go to the city to get hold of him, but is told that he has been taken by his uncle to work at an eatery. Until here, the plot is quite compelling and the movie keeps the viewer absorbed. But the second half seems to sway away from the main plot. What begins as a story of a school's survival turns out to be an adventure drama of another kind, with Gauri and her classmate negotiating the din and chaos of a big city in a bid to finding Abdul. As they try and find their way around, they put to use what they learned in a real world scenario which is appreciable and noteworthy.

However, the movie does reek of ironies and disbelief in certain aspects. For instance, the youngest kids in class seem about 10 years old, and Gauri, possibly the oldest, mentions that she will appear for her class X exam next year. Also, the film shows how the 15-year-old Gauri, who decides to leave home in search of Abdul, along with Sanket, her other classmate, does not have the presence of mind to make use of a local phone to call home even when the sarpanch and others are shown talking over their cellphones.

Yet, Ubuntu leaves me feeling happy and smiling given that it ends on a positive note with the villagers and the sarpanch accepting the need for and importance of education. It also leaves me with a thought of what the reality must be like, across one-teacher schools in remote villages across India and how students really need to reclaim their right to education, in the face of stiff opposition posed by the elders in their villages and homes. Ubuntu is totally worth your time.