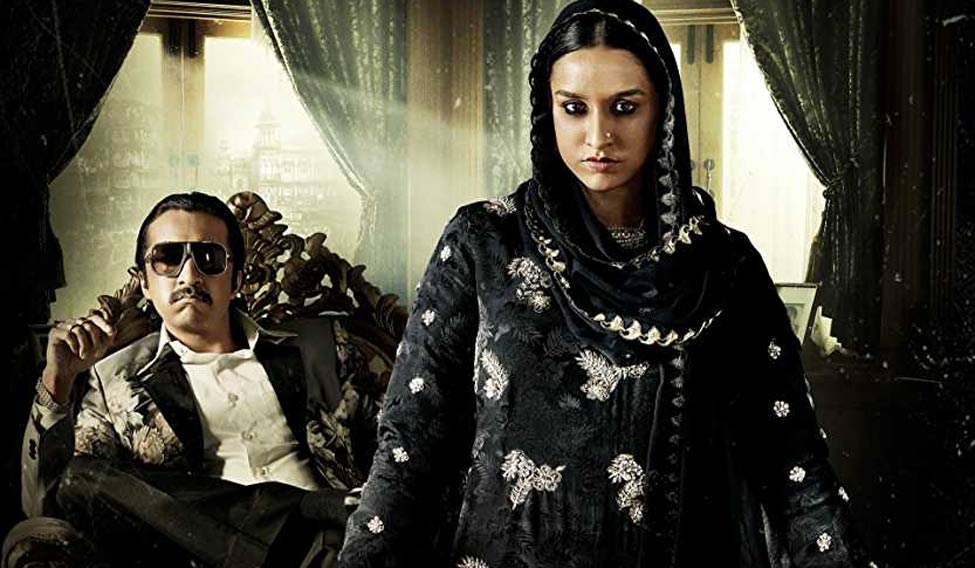 This film is a shoddily presented story of the life and times of India's most wanted fugitive Dawood Ibrahim's sister, Haseena Parkar, who moves on from being an innocently dumb and demure sister of the mafia don to the much feared godmother of Nagpada. Popular known as Haseena Aapa (elder sister), she ran the gangster's crime syndicate by proxy in the 90s but could never be brought to book by the police and the system.

Although the film seems to be yet another addition in the bouquet of films dedicated to Mumbai's underworld and its notorious Kaskar clan, it is by and far the only such to be based on the only lady don Mumbai underworld has ever seen. Yet, it doesn't stand out in any manner and gets quite exhausting after a point.

The film begins as a courtroom drama where the prosecution strives hard to build up evidence against Haseena Parkar who stands accused on a number of charges including that of running the business of her brother as per his instructions from Dubai. However, due to lack of substantial proof, she is left scot free. The film keeps shuttling between past and present so as to build the background context of gang-wars and events that led to Dawood taking up the role of a criminal and the repercussions it had on his family. Haseena loses her husband to gang-war and decides to emerge as the lady don of Dongri. But it is a pain to watch this continuous back and forth across timelines of the 70s, 80s and 90s, making you so want to stage a walk out.

Shraddha Kapoor's role as the young and timid Haseena lacks originality and depth, but as 'Haseena Aapa', her performance is very convincing. Her appearance as Dongri's leading extortionist, in a dark lipshade, puffed-up cheeks and prosthetic enhancements around her jaw along with a soft, yet firm tone, lays the emphasis just where it is needed. Siddhanth Kapoor in the role of Dawood Ibrahim looks laughable to be polite. He looks anything but a don; rather he seems so petite and frail that it becomes too much to accept him in the character of a gangster. Ankur Bhatia as Ibrahim Parkar is very promising in the character of the loving and romantic husband of Haseena Parkar.

In the context of films that have portrayed Mumbai's underworld, including Black Friday, Once Upon a Time in Mumbai and recently Daddy, which was based on Arun Gawli, Haseena Parkar considerably fails to impress. The film only skims through the surface of Haseena Parkar and doesn't offer anything revelatory or interesting about the woman.

The film lacks impactful dialogues and the songs are best forgotten. Also, the film fails to give us a feel of the 70s era and a few frames wherein the action sequences just freeze on screen seem odd.The film closes in a sort of an open-ended climax and leaves it up to the viewer to decide whether to sympathise with the lady don or to hate her for what she did.