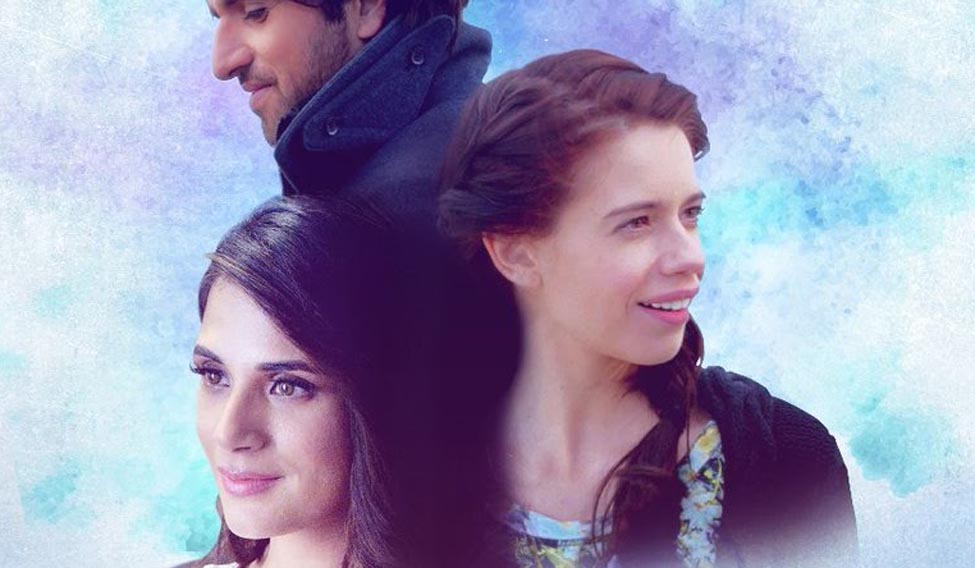 To keep it short, the film is about two Jias from India who are thrown together on a road trip through Sweden, aboard a trailer, one in search of life and the other in search of a quick death. What awaits them at the end of the journey is the soul of the movie. Let us make this snappy. There's hardly any takeaway from this 90-minute snoozefest that seems to drone on and on.

I set out to watch the movie with much enthusiasm, given the otherwise appealing premise of two girlfriends bonding over a trip in a foreign country. Sadly though, it left me fatigued and bored.

The film is so dull that you cringe at the lack of logic on screen, especially from two capable actresses like Kalki Koechlin (Jia) and Richa Chaddha (Jia). From pouring vodka into bug-bitten eyes to cracking feeble jokes on an international flight, to freeloading at a Swedish restaurant, the inanity does not seem to stop. But then, blame the lifeless script.

The Jias are poles apart. While one (Richa) is brooding and reserved, the other (Kalki) is cheerful and spirited. While one wears high heels and flowing outfits, the other is more comfortable in shorts and singlets.

While one is daring and outgoing, the other is calculating and practical. But deep down, tragedies have scarred their souls; in the most sentimental Bollywood way, neither knows what the other is going through. Then comes along add Vasu Krishna Bergman (Arslan Goni), a man of Indo-Swedish descent who does nothing but play along in a bland, impersonal way.

Two objects that are fixtures throughout the film are bottles of vodka and never-ending cigarette stubs.

It is hard to believe that this film took more than a few days to be made, given that the execution is so amateurish and haphazard.

Give this one a miss.