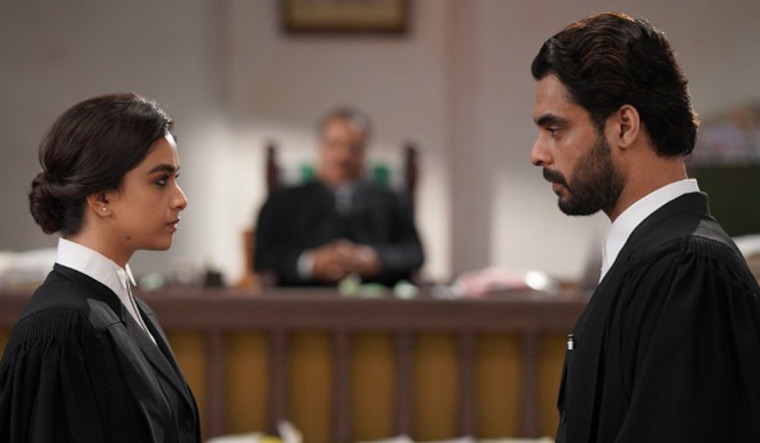 The courtroom drama Vaashi, starring Keerthy Suresh and Tovino Thomas, and directed by Vishnu Raghav, speaks about perspectives and leaves the audience pondering over what is right or wrong.

Talented self-made lawyer couple Ebin Mathew (Tovino) and Madhavi Mohan (Keerthy) are pitted against each other in a case, which both are determined to win. They are looking for a break in their career and the case might prove to be just that, but their lives get complicated because of it.

The film shows how a court case alters the equation between two young lawyers who share deep feelings for one another. The film marks the National Award-winning actress's comeback to Malayalam cinema in a lead role after a long time.

There have been attempts from the director's side to subtly include issues prevailing in the present society. Some additional study and legal expertise could have given the court scenes more punch.

Although Vaashi is nearly 150 minutes long, there is no lag. The climax appears to be a bit of a compromise and weird. By the end, the equation and ego of Ebin and Madhavi take over the courtroom drama. Vishnu has tried to incorporate several concepts, which do not gel too well. Perhaps, focusing on one element would have better.