Samrat Prithviraj review: A disappointment on all counts

Samrat Prithviraj might test your patience and endurance levels 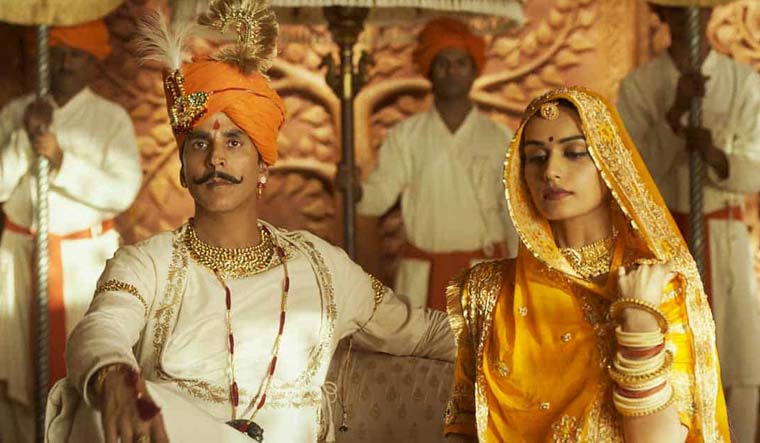 Historical dramas are seldom accurate. Cinematic liberties are part and parcel of such films.

But nothing prepares you for what director Chandraprakash Dwivedi dishes out in Samrat Prithviraj. It is more of a no-holds-barred nationalist propaganda than a product of cinematic excellence. One might learn more accurately about the great warrior Prithviraj Chauhan, who took on the mighty invader Muhammad Ghori, from history textbooks than this film. Samrat Prithviraj also happens to be the maiden attempt by Yash Raj Films to churn out historical dramas. A lame attempt, to be frank.

Based on Chand Bardai's Prithviraj Raso, an epic poem traced back to the 13th century, one would expect the film to be nuanced in its execution and delivery, balanced in its approach and enlightening in every way, so as to bring out the flavour of the Indian warrior's personality and grit. But, the film only scratches the surface, and brings to the fore the 'Hindu-ness' and 'Hindu-ism' of the epic story, while relegating its historical significance to the background. Though, thankfully, the film briefly lingers on gender equality, which was close to Chauhan's heart, that too seems forced and fake.

The set that makes for the battleground of the historic Battle of Tarain, hardly looks convincing. The tepid action sequences, desultory exchanges and meaningless dialogues make Samrat Prithviraj a snoozefest. The lyrics, music and dance routines are forgettable. Akshay Kumar as the omnipresent Prithviraj - he's literally in every second frame - is an eyesore. Sonu Sood as the bard Chand Bhatt is persuasive, and a blindfolded Sanjay Dutt as the warrior kaka emanates power and command through his body language and voice.

Manushi Chillar as Princess Sanyogita is as bland as one can be. Be it the time of her swayamvar when she wants to show how angry she is, or when she wants to express her love to her king. She hardly makes her presence felt in the film.

Samrat Prithviraj might test your patience and endurance levels. The only compelling narrative in this dull drama is that of Manav Vij's character of Ghori who itches to invade and pillage.

The film does not add anything to what we already know about Prithviraj Chauhan, who ruled in Ajmer in present-day Rajasthan and who led a coalition of several Rajput kings and defeated the Ghurid army led by Ghori in the Battle of Tarain. However, Ghori returned with an army of Turkish mounted archers and defeated the Rajput army on the same battlefield. Prithviraj fled the battlefield, but was captured near Sirsa and executed. His defeat at Tarain is seen as a landmark event in the Islamic conquest of India, and has been described in several semi-legendary accounts, most notably the Prithviraj Raso.