Spiderhead review: This Chris Hemsworth-starrer is a tedious watch 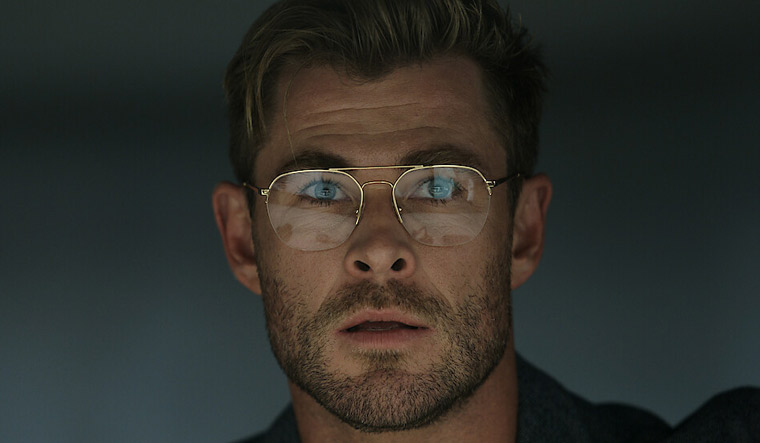 Is the admission of mind-altering drugs a prerequisite for redemption? Everyone desires to be redeemed from their sins, but are they? In Spiderhead, there is a slew of prisoners incarcerated for criminal offences waiting to be freed.

This American science fiction film directed by Joseph Kosinski - unlike his previous film Top Gun: Maverick - is a tedious watch. It is an adaptation of George Saunders' short story Escape from Spiderhead, which was published in The New Yorker in 2010. The film opens with a man enclosed in a room laughing at goofy jokes and social vices, controlled by a smartphone. The story is set in the spiderhead penitentiary, where prisoners who have perpetrated heinous crimes are incarcerated volunteers in the spiderhead clinical trial programme. In exchange for being confined to experimental pharmaceutical treatments, they are given a strange degree of leeway.

Steve Abnesti, the head of research, played by Chris Hemsworth, is an ingenious scientist who is spruced up, diligent at work, and skilled with words. He has a villainous shade lurking beneath his genial grin and is assisted by Verlaine, played by Mark Paguio, who is blind to all wrongdoing. The protagonist Miles Teller as Jeff and Jurnee Smollett as Lizzy play the other major roles. All the other characters are incarcerated inmates who must behave in full compliance with Steve's needs and interests. They are controlled by a smartphone app and linked to their bodies via a device. The drugs cause them to laugh, cry, become horny, or become hungry.

Despite the star-studded cast and crew, this Netflix release offers little new. We have long seen movies wherein people are imprisoned and experimented on. The film depicts how powerful drug overdoses can be. However, there isn't much of a plot to make a film out of. There are no cliffhangers or anything about Jeff, Steve, or Lizzy that makes them enthralling.