A retelling of history 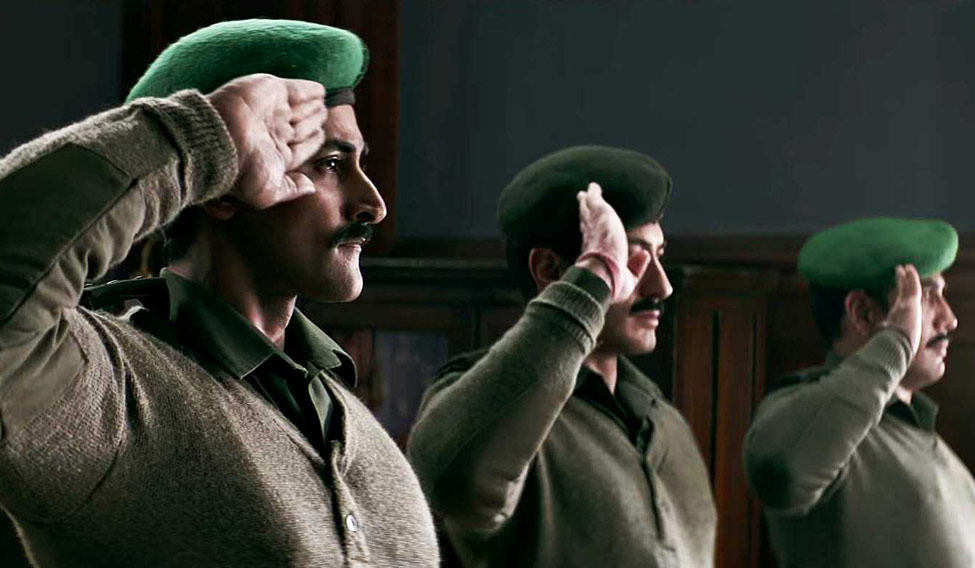 A trailer launch at Parliament House. Special screening for the President and Vice-president of India at Rashtrapati Bhavan with Netaji Subhash Chandra Bose's descendants in attendance. An eventual series on Rajya Sabha TV. With so much happening in the follow up to the film Raag Desh's release, I, attended its premiere screening with patriotism brimming up inside me and a keen interest to lap up yet another fascinating and less explored chapter of the freedom struggle.

Set in the pre-independence years between 1941 and 1945, Raag Desh, directed by Tigmanshu Dhulia is a period film that tells the story of the how, when and why of the Indian National Army that was founded by Subhash Chandra Bose, and takes us through court martial of three soldiers of different religions from the INA in Delhi's Red Fort. Colonel Prem Sehgal (Mohit Marwah), Colonel Gurbaksh Singh Dhillon (Amit Sadh) and Major General Shahnawaz Khan (Kunal Kapoor) were being tried for the specific act of killing deserters during battle with the British forces and for treason against the Crown. Mumbai-based renowned and eminent lawyer Bhulabhai Desai (Kenny Desai) led the defence and eventually the three were let free, following widespread public unrest across the country.

The film aptly begins with a lesson in history, taking us back to the 1940s over the course of two and half hours. It introduces the viewer to the INA which was formed by Indian soldiers of the British Army who had been captured as Japanese prisoners of war. Upon defeat in the world war, when the British left them to the Japanese, these men and women turned on their colonial masters.

The screenplay, written by Dhulia along with Pramod Singh seems to lose its thread midway and leaves it to the audience to try and connect the dots so as to make sense of the context throughout the film. Scenes seem arbitrarily placed, and lack continuum.

The film keeps going back and forth so fast that by the time the viewer soaks it in, he's lost it. The framing voice-over does set the events in context, yet ideas are subtly conveyed. Love, strife, despair and victory, all are conveyed in fleeting capsules of act, and come upon the viewer to look for them. 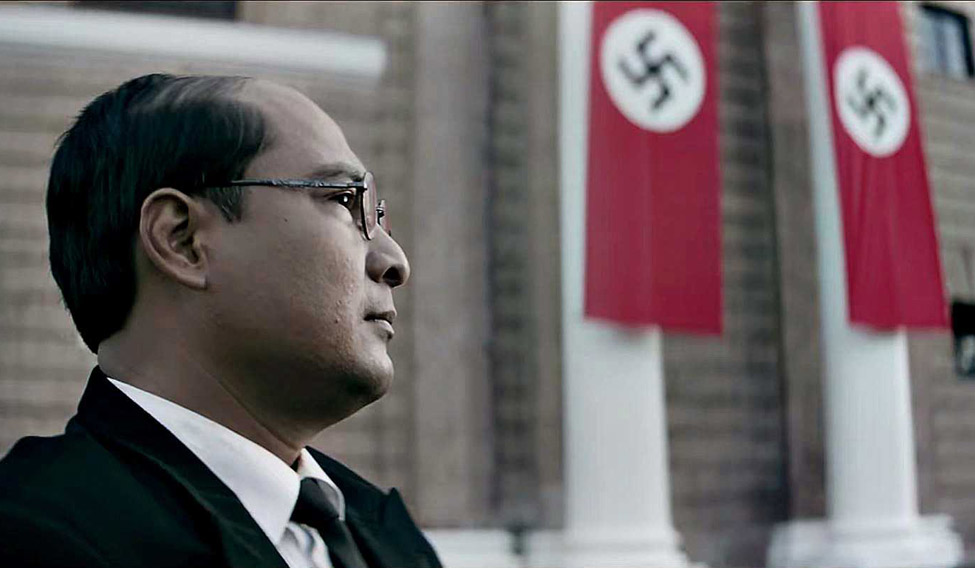 Yet, the film gains brownie points in the department of acting. The cast not only resembles the actual people but also perform well. Kenneth Basumatary puts up a very believable act in the role of Netaji. However, despite delivering numerous rousing speeches for freedom, he doesn't manage to bring us to chest-thumping jingoism. Kunal Kapoor, who delivered a phenomenal performance as Aslam in Rang De Basanti, way back in 2006, remains just as impactful and charismatic ten years later as Major general of the Indian National Army. Amit Sadh and Mohit Marwah match up to the broad-chested gabru jawaans of the army, and are equally compelling when it comes to talking. Captain Lakshmi Swaminathan (Mrudula Murali) plays the role of a doctor and a captain with equal ease and élan.

For someone like Dhulia, known for strong and striking dialogue delivery through his exceptionally intriguing films such as Haasil, Paan Singh Tomar and Saheb Biwi aur Gangster, the lacklustre dialogues in Raag Desh come across as a complete surprise. For instance, a certain scene between Indian soldiers and Gandhi, where the former complain to him about the jail administration's bias between Hindus and Muslims over tea, gets over in a matter of seconds with a very weak dialogue exchange. Also, the pace of the film in the second half, with its courtroom drama, is exceptionally slow and dragging.

Overall, Raag Desh is an average film with a very strong plot which could have been better delivered. I learnt more about the Indian National Army and the Red Fort trials than I had known upon entering the theatre. However, I neither flinched upon gunshots nor did I revel in the acquittal of the soldiers, mainly because the cinematography did not impel me to do so. If you're as patriotic as I am or enjoy historical drama, then this isn't a bad watch.