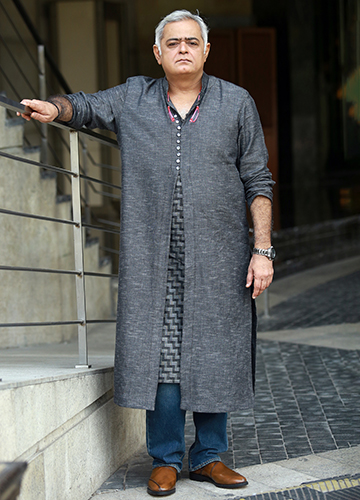 The last time filmmaker Hansal Mehta explored the theme of homosexuality was six years ago with Aligarh, a hard-hitting film on gay rights. Helmed by Manoj Bajpayee and Rajkummar Rao, it presented a bleak tale of love, loneliness and melancholy with a tragic ending—the gay protagonist dies under mysterious circumstances. Now, compare that with Mehta’s latest—Baai, in the anthology Modern Love Mumbai, on Amazon Prime—and the contrast is evident and telling of the changing times we live in.

Even as the premise remains the same, of a gay couple in love, love triumphs in Baai. The characters played by Pratik Gandhi and Ranveer Brar fall in love, unabashedly indulge in full-fledged romance and intimacy, marry ceremoniously and live happily ever after like what most queer couples dream of. The film is profound for its nonchalance and simplistic execution, which brings forth an indulgent love story minus any sort of negativity.

When Pritish and Rangita Nandy, who created the original series, asked if he would be up for it, Mehta jumped at the opportunity as if his prayers were answered.

For a long time, Mehta’s only ambition was to follow in the footsteps of filmmaker Yash Chopra. “His love stories were the reason why I came into filmmaking. I had resolved that I would only make love stories.”

Ironically, over the years, Mehta ended up making anything but love stories. From Chhalaang (2020), Scam 1992 (2020) and Omerta (2018) to Aligarh (2016), Citylights (2014) and Shahid (2013), Mehta felt that he never got to make anything that he enjoyed watching. “I went on a different tangent as I was trying to find my voice. I tried to do different things. And, at times I messed up,” said Mehta. But soon Mehta found his calling and recognised his signature style—the use of silence to denote emotions, and an undivided focus on the dynamics of human relationships.

If one were to go through Mehta’s filmography, one would notice that the interplay between relationships is the fulcrum upon which the entire story balances.

“I thrive on shooting those kind of scenes also,” said Mehta.

Yet, the other factor that comes across as starkly is the attempt to break free from populist mainstream systems and get on with an independent thought process. “I do not know if that is a conscious choice. If I am an artist who makes films, I must have my own unique voice. Through Shahid I found my voice and the quest to find my voice is a continuum,” said Mehta.

With the success of his past films, barring Dil Pe Mat Le Yaar, and Simran, which he says was a wasted opportunity of a fantastic storyline, Mehta has become a known name in the industry. Yet, he prefers to remain on the fringes. “I am as much a part of the industry as anybody else. It is just that in terms of the work that I do, I prefer following my own path, and that comes from experience. Whenever I have tried to do something very mainstream, I have fallen flat on my face,” said Mehta. 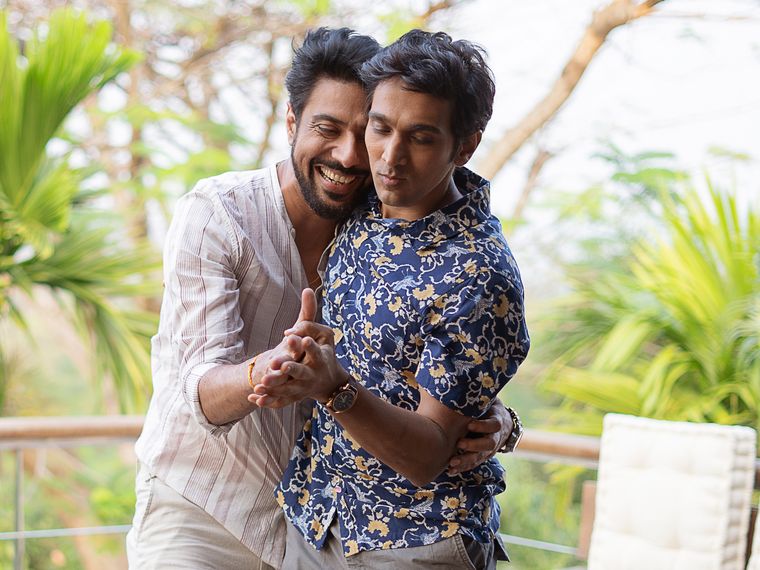 Love story with a difference: Pratik Gandhi and Ranveer Brar in a still from Baai.

The year 2022 marks Mehta’s silver jubilee as a filmmaker. The most important lesson he learnt early on is to work with “good actors over star actors”. At a time when star kids are out to make their mark, with almost negligible box office success, Mehta said he can never be anybody’s launchpad. Most of his highly successful films have had talented, non-star, “outsider” actors—a factor, according to Mehta, which went a long way in defining the film’s credibility and success. Before working with Shashi Kapoor’s grandson, Zahaan Kapoor for an upcoming film, Mehta told the young lad, “If you want a launch, then I am the wrong person. If you fit into my character then it is fine. Only talent is long term in Bollywood, stardom is short-lived.”

Twenty-five years ago, Mehta came in as a rookie filmmaker with no formal background and no godfather. That was the time when the likes of Ram Gopal Varma ruled the roost and gave memorable films including Rangeela and Satya. The latter, which made Bajpayee a star, changed things for an entire generation of filmmakers of the time because it convinced them that it was possible to “have a parallel stream that could be accessible to a larger audience unlike the parallel cinema of the 1980s.” Said Mehta, “It was a restoration of faith in making films that made a difference and that would not be dependent on big stars, big budgets and big godfathers.” Mehta was lucky a number of times ever since he started out with a food show, Khana Khazana, which went on to be hugely popular. “Yet, I failed many times in my attempt to belong to the mainstream and kept rebuilding my life over and over again,” he said.

In 2014, Mehta wrote in his blog that he did not get written about so often and was yet to reach the pinnacle of his career. Though times have changed, he finds joy in the life he led back then. “I make a little more money than I used to earlier,” he said. “But I still don’t own a house in Mumbai and have loans to repay. I live a quality middle-class life. And I live in a rented accommodation. I am happy doing that.”

Mehta has just formalised his relationship with Safeena Husain, after 17 years of togetherness and raising two daughters. “We were having a lot of trouble with red tape. So, from club memberships to school admissions, the lack of a marriage certificate became a major problem. We did not believe in institutionalising a relationship, but then it was inconvenient. So we decided to tie the knot.”

A movie on their relationship? “No, I would rather write a blog on this,” said Mehta, laughing.