Cauvery dispute: A timeline of the contentious riparian wrangle 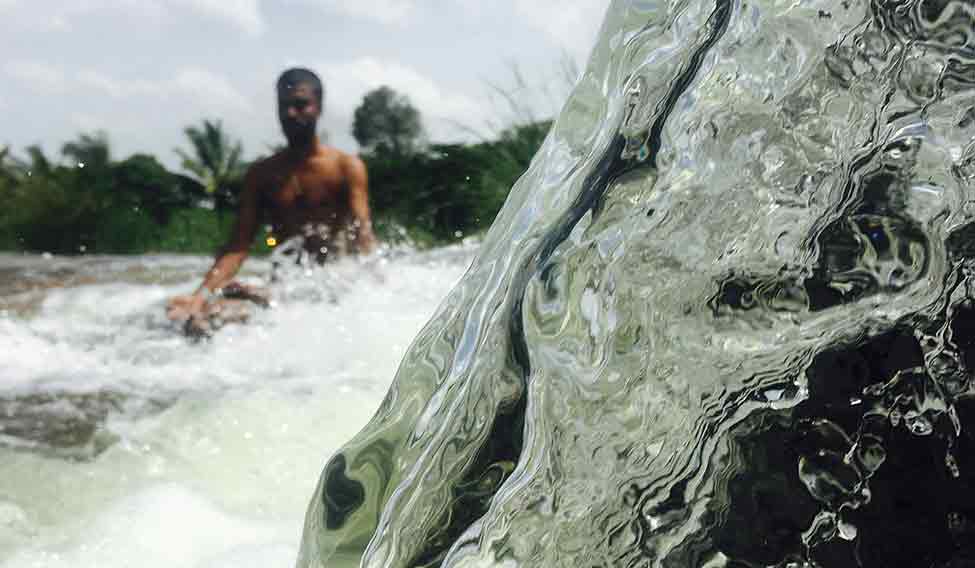 With the Supreme Court verdict coming in favour of Karnataka in the Cauvery water dispute, here is a timeline of the contentious riparian wrangle that dates back to the 20th century:

1924: Madras Presidency and the princely State of Mysore signs an agreement to share Cauvery water

May 1990: The Supreme Court directs the Centre to constitute Cauvery Water Dispute Tribunal, a demand made by Tamil Nadu. The demand was made in 1970

December 11, 1991: The interim award is published in the government of India gazatte.

July 1993: Tamil Nadu Chief Minister Jayalalithaa goes on a sudden fast at the MGR memorial in Chennai demanding the Tamil Nadu's share of water as stipulated by the interim order

August 1998: The Centre constitutes Cauvery River Authority to ensure the implementation of the interim award of CWDT

September 18, 2002: Protests erupt in Karnataka’s Mandya district against the release of water to Tamil Nadu. A farmer jumps into the Kabini river and commits suicide as a mark of protest

September 13, 2002: Congress MP from Tamil Nadu Mani Shankar Aiyar blames the AIADMK for not raising the issue in Parliament

September 25, 2002: Cauvery Monitoring Committee visits Karnataka. Farmers tell them the distress situation explaining how difficult it is to share water during distress years

October 12, 2003: Water experts from the Centre say that their hands are tied when it comes to helping Tamil Nadu in solving inter-state river disputes. They say the Centre has not been pro-active in ensuring that the Cauvery River Authority functions to implement the water sharing formula.

April 13, 2006: After six rounds of talks, farmers of Karnataka and Tamil Nadu try to find a solution to the problem of water-sharing between the riparian states, but fails

February 5, 2007: After 16 years, Cauvery Water Disputes Tribunal gives the final award. Tribunal upholds the validity of the two agreements of 1892 and 1924 executed between the governments of Madras and Mysore on the apportionment of water to Tamil Nadu

February 18, 2007: Bangalore IT professionals sit down to protest against the tribunal award to share water of the Cauvery Water Disputes Tribunal

March 18, 2007: Jayalalithaa goes on a token fast in Chennai demanding publication of the final award of the Cauvery Water Disputes Tribunal in the Official Gazette of the Centre

June 30, 2008: Senior counsels of Karnataka on the Cauvery dispute meet top officials of the state government

December 2, 2010: The Stanley reservoir, the lifeline of the Cauvery delta, reaches its full level of 120 feet, bringing cheers to water managers in Tamil Nadu

May 19, 2012: Jayalalithaa seeks a meeting of the Cauvery River water Authority (CRA) on an immediate effect

September 19, 2012: After nine years, at the seventh CRA, the then Prime Minister Manmohan Singh directs Karnataka to release 9,000 cusecs of Cauvery water to Tamil Nadu at Biligundlu. Jayalalithaa and Jagadish Shettar—Chief ministers of both states—disagree. This was the first CRA meeting after UPA came to power in 2004 under Manmohan Singh

September 28, 2012: The Supreme Court slams Karnataka government for not complying with the PM's direction at the CRA

March 10, 2013: Jayalalithaa felicitated and named “Cauvery Thai”, meaning Mother of Cauvery, by her party men for winning the Cauvery river water issue. At the felicitation function in Thanjavur, Jayalalithaa says that she will work hard to get the Cauvery Water Board formed

March 19, 2013: Tamil Nadu moves the Supreme Court to give directions to water ministry for constitution of Cauvery Management Board

May 1, 2013: The Election Commission directs the Union Water Resources Ministry to defer constituting the Cauvery Management Board (CMB) and the Cauvery Water Regulation Committee (CWRC) till May 5 in view of Karnataka Assembly polls

May 10, 2013: The Supreme Court directs Centre to set up panel to supervise Cauvery water release

May 24, 2013: The Centre notified temporary Cauvery Water Scheme, to implement the 2007 order

May 28, 2013: Tamil Nadu moves the Supreme Court seeking Rs 2,480 crore as damages from Karnataka for not following the orders of the CWDT

June 1, 2013: Union Water Resources Secretary chairs a meeting of the supervisory committee which saw Tamil Nadu demanding its share of water for June as stipulated in the award

June 6, 2013: Karnataka says it cannot release 134 tmcft of water to Tamil Nadu between June and September

June 12, 2013: Cauvery Supervisory Committee terms Tamil Nadu's plea for directions to Karnataka for release of Cauvery waters as per the award of the CWDT as "not feasible"

June 14, 2013: Tamil Nadu decides to file contempt plea against Karnataka for its stand on the Cauvery Supervisory Committee

June 15, 2013: Chief Minister Jayalaithaa says the Tamil Nadu government willl go to the Supreme Court for the formation of the Cauvery Management Board and Cauvery Water Regulatory Authority

June 26, 2013: Tamil Nadu goes to SC, saying that the setting up of a supervisory committee had become a futile exercise. Asks for setting up of the Cauvery Management Board

June 28, 2013: Tamil Nadu files contempt petition in the Supreme Court against Siddaramaiah for his defiant stand before the Supervisory Committee

July 15, 2013: Third meeting of the Cauvery Supervisory Committee ends in war of words. Karnataka and Tamil Nadu clash over the latter’s share of the river water. Tamil Nadu seeks 34 tmcft in July and 50 tmcft for August to save the samba crop. Karnataka says it had already released 34 tmcft between June and July 13

September 8, 2013: Chief Minister Jayalalithaa wants the Centre to instruct Karnataka not to take up any schemes in the Cauvery, including hydro-electric projects, without the prior consent of Tamil Nadu. Taking exception to the neighbouring state’s proposal to build a reservoir across the river at Mekedatu for generation of hydro-electric power

January 6, 2014: Justice Chauhan takes over as the chairman of the CWDT. The tribunal had been without a Chairman since April 2012, when Justice N.P. Singh resigned on health grounds. Justice Singh was appointed a few days before his superannuation as a Supreme Court judge in December 1996.

July, 2014: The Cauvery Water Disputes Tribunal meets. It seeks clarification on the final award it had passed on February 5, 2007, allocating the quantum of water for each state

March 30, 2015: Siddaramaiah says his government is for implementing the Mekadatu dam project. The dam is proposed across the Cauvery river in Ramanagaram district

September 6, 2015: TN Chief Minister Jayalalithaa writes to Narendra Modi seeking his intervention in the Cauvery issue and requests him to advise the Karnataka Government to release 27.557 TMC ft. of water that is due to Tamil Nadu.

September 16, 2015: The Tamil Nadu government sends letter to Karnataka government saying that this water year should not be considered as a distress year in terms of rainfall and is contrary to the factual position

November 18, 2015: Karnataka rejects Tamil Nadu’s plea and tells the Supreme Court that Tamil Nadu’s demand for the release of 45.32 tmcft of Cauvery water proceeds from a wholly erroneous premise. Says the flows into the Cauvery basin has been drastically less due to the failure of the south-west monsoon in Karnataka and Kerala this year

August 16, 2016: Tamil Nadu Chief Minister Jayalalithaa that an interlocutory petition will be filed in the Supreme Court seeking release of Cauvery water as per the final award of the Cauvery Water Tribunal

September 2, 2016: The Supreme Court asks Karnataka to embrace the principle of “live and let live”

September 5, 2016: The Supreme Court directs the Karnataka government to release 15,000 cusecs of water per day to Tamil Nadu for the next 10 days to ameliorate the plight of farmers. Noting that the samba crops in Tamil Nadu will be adversely affected, a bench—comprising justices Dipak Misra and U.U. Lalit—directs Karnataka to ensure supply of water to Tamil Nadu

September 7, 2016: Karnataka begins releasing of Cauvery water to Tamil Nadu as per the Supreme Court order. Protests erupt against the decision.

September 11, 2016: Karnataka government files a plea in SC to modify the order directing it to share Cauvery water with distressed neighbour Tamil Nadu

September 12, 2016: The Supreme Court passes out a stern message asking both Karnataka and Tamil Nadu to behave and refuses to freeze the September 5 order. The quantum of daily release of water reduced from 15,000 cusecs to 12,000 cusecs

September 12, 2016: Protest erupts in Karnataka. One person dies, curfew imposed in Bengaluru. Prohibitory orders under Section 144 imposed in Bengaluru and Mysuru, areas around four reservoirs in the Cauvery basin, and Pandavapura in Mandya district.

September 19, 2016: A technical body, empowered by the Supreme Court, slashes by three-fourths the quantum of Cauvery water that Karnataka is required to release downstream between September 21 and September 30. The Cauvery Supervisory Committee (CSC) orders Karnataka to release 3,000 cubic feet of water per second for the rest of the month

January 10, 2017: The Supreme Court directed Tamil Nadu and Karnataka to file affidavits of witnesses to be examined in the former’s plea seeking about ₹2,500 crore compensation for loss of crops for not releasing Cauvery water in 2012-13

July 14, 2017: The Supreme Court said it would take a balanced view, keeping in mind the interests of the people of both the states. Karnataka seeks reduction in the quantum of Cauvery water it should release to Tamil Nadu from 192 tmcft to 132 tmcft

Your form could not be submitted.
This browser settings will not support to add bookmarks programmatically. Please press Ctrl+D or change settings to bookmark this page.
Topics : #Cauvery issue | #Karnataka | #Kerala | #Tamil Nadu