Claims she was made scape goat in scam involving Kerala govt., a foreign consulate 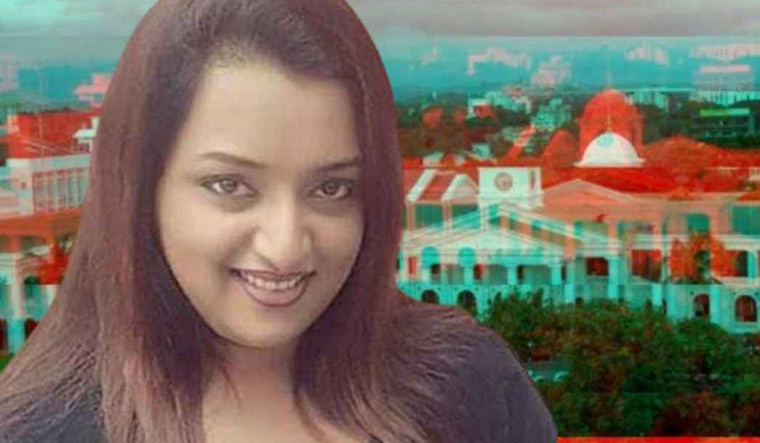 Swapna has written the letter on HRDS India letterhead, an NGO reportedly with Sangh Parivar links where Swapna is currently employed. In her letter, Swapna accuses M.Shivashankar, former principal secretary of Kerala CM Pinarayi Vijayan as the person who actually committed this heinous smuggling. She wrote, “Due to the higher rank of the officials, few employees like me had to withstand the worst of this scam. I was simply obeying the orders of my line managers and doing this through the UAE consulate diplomatic channel and (I) had no say in the matters. When it was brought to light by the customs, they left us stranded behind the bar for 15 months for not disclosing anything. Even Mr. Shivashankar was in jail for 3 months. But the Government of Kerala favoured him a bail and also granted (him) a reputed job, allowing to live a dignified life.”

Swapna alleged that the government, using its influence,  handed over the case to customs and NIA for investigation. She accused the agencies of diverting the case. Swapna says ED is investigating 'perfectly.' She accused the Kerala government of harassing herself, her relatives and her lawyer after she gave a 164 statement in relation with the case.

Swapna claims in her letter, “Deprived and unfortunate employees like me will solely be punished, but the real accused will escape from underneath your nose.” Swapna alleged that the Government of Kerala is involved in such a swindle and used her as a scape goat for their benefit. Other than the Principal Secretary, the Kerala chief minister's family members are also directly involved in this big scam, she alleged.

Swapna said unlike other scams like Bofors, Vedanta, Lavalin or 2G Spectrum, the gravity of the gold smuggling was bigger as it was allegedly jointly executed with another country's consulate against India. CBI investigation is mandatory to find out the truth, she wrote.

Swapna also requests for an appointment with the PM in her letter and said that since she is soft target in the case, she could be 'taken down' by the party (CPI-Marxist) through their hostile measures.