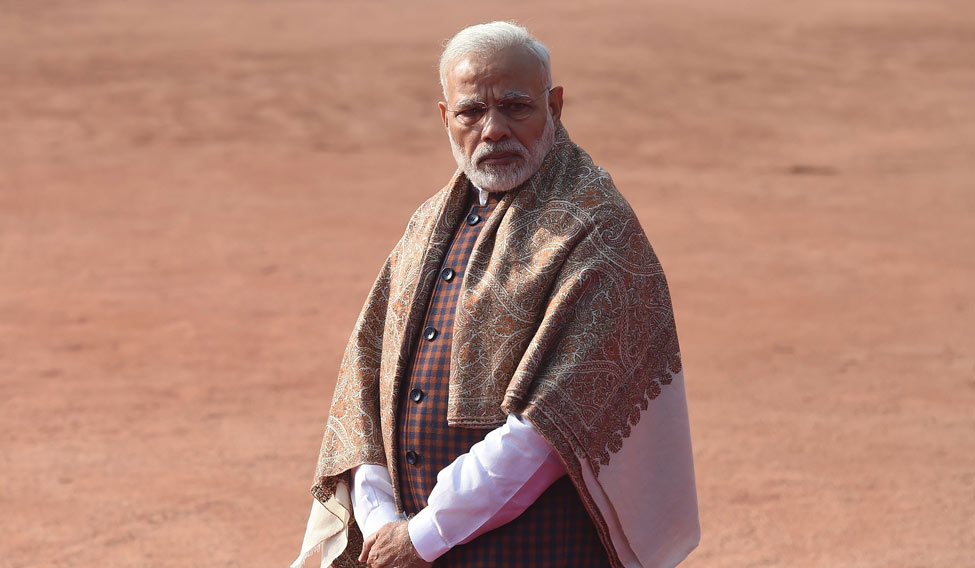 Even as Modi, just like Rahul Gandhi is saddled up to raise a storm in Karnataka, the changing dynamics in the state promises a political thriller in the coming months

Come February 4, the BJP will give the clarion call from the state capital, when Modi kickstarts the election campaign in Karnataka. With the state leaders still smarting from the humiliating defeat in the 2013 assembly polls after the party was decimated to 40 seats (out of 224), the BJP is hoping to ride on the popularity of Modi, hinging the campaign on his vikas (development) mantra, in a bid to reclaim Karnataka, BJP's gateway to south India. Even as Modi, just like Rahul Gandhi, is saddled up to raise a storm, the changing dynamics promises a political thriller in the coming months.

A victory in Karnataka will be crucial for both the Congress and the BJP. The state is the last big bastion of the Congress, and the BJP, which reigns in 19 states, is looking to increase its tally, perhaps hoping to make good for the losses, which are possible in the upcoming states of Rajasthan and Chattisgarh. Moreover, winning Karnataka will help the BJP accomplish its ambition of a “Congress-mukt Bharat”. Recently, Modi reiterated that the BJP dream of a “Congress-mukt Bharat ” was not directed towards the Congress party, but towards all those parties which subscribe to the "political culture and mindset" nurtured by the Congress for decades.

Fragmented by splinter parties during the last polls, defeated by infighting and the corruption taint on its chief minister B.S. Yeddyurappa and his cabinet colleagues, the Karnataka BJP is striving to put a united face ahead of the crucial polls, though the central leadership had to time and again warn them against factionalism and open dissent against the party's chief ministerial candidate and the state president Yeddyurappa.

The party which has recently concluded its 75-day Parivarhana rally—an exercise to gauge the voters' mind and galvanise the cadres across all 224 assembly constituencies, is looking forward to the Sunday rally in the heart of Bengaluru.

In Karnataka, even though the BJP has rolled out its Hindutva plank in the saffronised pockets and roped in Uttar Pradesh Chief Minister, and poster boy of Hindutva, Yogi Adityanath, to set the tone for the election campaign, Modi will be the crucial link in the attempts to scuttle the populist stride of Siddaramaiah.

While, the next three months will witness high-decibel campaigns and rallies by both the national parties; Modi, like BJP national president Amit Shah, will now frequent Karnataka to sustain the tempo and keep the cadres energised. Modi, for the BJP, is not just a star campaigner but a driving force who can counter a well-straddled ruling Congress.

Over the months, Modi and Siddaramaiah have locked horns with each other on several counts. Modi's Gujarat model has been time and again mocked by Siddaramaiah, who likes to hail Karnataka's growth story. Modi's men, on the other hand, have drawn parallels between the styles of governance of the two leaders. If Siddaramaiah cries foul over the Centre's “discriminatory” stance on issues like farm loan waiver, central grants and imposition of Hindi among other issues, Shah has spared no opportunity to demand the account of central grants given to Karnataka from Siddaramaiah, besides mocking Siddaramaiah's “socialist” credentials (in the light of the Hublot watch controversy).

A major flash point would however be the deadlock over the Mahadayi water sharing issue between Karnataka and Goa, which is bound to haunt Modi in Karnataka. If the Congress government has conveniently shifted the blame on the PM, demanding his intervention, while keeping its social media war with Goa's BJP-led coalition government curt, the state BJP is trying hard to wriggle out of the catch-22 situation as it is unable to strike a compromise formula with the Goa government.

With the farmers' agitation in north Karnataka demanding diversion of Mahadayi waters to Kalasa-Banduri drinking water project entering the third year, BJP and the Congress are both in a tight spot.

After the pro-Kannada groups called for a Karnataka bandh on January 25 to coincide with Amit Shah's rally in Mysuru, they are now threatening to thwart the Sunday rally by observing a Bengaluru bandh (during Modi's visit). Both the bandhs smack of politics being played out by the Congress government, alleges the BJP.

In the run up to the second phase, the BJP now has to counter a “pakoda” protests against Modi (following his interview to a private channel on job creation). While the Union Budget has brought in good news for the urban voter in the form of a suburban rail in Bengaluru, the murder of a Hindu activist Santosh in J.C. Nagar (closer to the Sunday rally venue) has cast a shadow of despair among the BJP workers. Alleging a series of attacks and deaths of rightwing activists under the Congress rule in the state, the BJP has labelled the Congress as “anti-Hindu” and also alleged “total collapse” of law and order in the state.

Despite all odds, Modi's rally is expected to give the BJP in Karnataka the much-needed push to take on the Congress, which under Siddaramaiah, seems to be quite open about its social engineering experiments, which for long remained the BJP's domain. The development agenda of Modi and the populism of Siddaramaiah is what seems to be the big election plank this poll season.

Your form could not be submitted.
This browser settings will not support to add bookmarks programmatically. Please press Ctrl+D or change settings to bookmark this page.
Topics : #Karnataka election 2018 | #Karnataka | #BJP | #Congress | #Narendra Modi | #Rahul Gandhi