PM urges other countries to fulfill responsibilities towards SDG 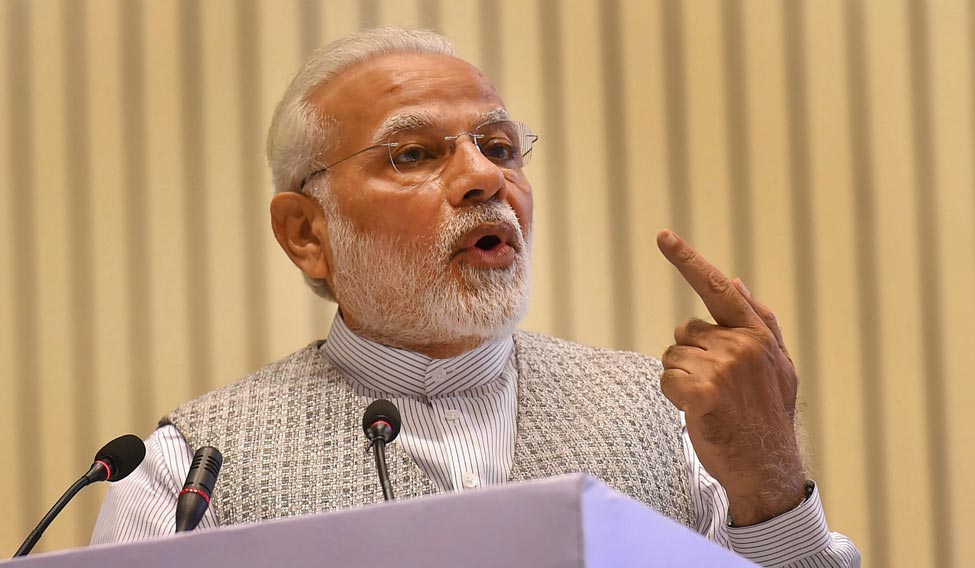 India on track to meet 2030 Nationally Determined Contribution under SDG

Prime Minister Narendra Modi on Friday said India was on track to meet the 2030 Nationally Determined Contribution under the UN Sustainable Development Goals and urged other countries to fulfill their targets. “We expect that others also join in to fulfill their commitments based on common but differentiated responsibility and equity,” said Modi.

Speaking at the World Sustainable Development Summit in Delhi, the prime minister said the National Geographic’s Greendex Report of 2014, which assesses the environmental sustainability of consumer choice, ranked India at the top for its greenest consumption pattern.

“While the world was discussing 'inconvenient truth', we translated it into ‘convenient action’”, he said, referring to the COP-21 in Paris in 2015.

Solar energy is one of the pet areas of Modi. So is the International Solar Alliance with France. The prime minister described this as “the single most important global achievement after Paris, as part of the Nationally Determined Contributions” and reiterated India's commitment to reduce the emissions intensity of its GDP by 30-35 per cent from 2005 levels by 2030.

In the course of his speech, the prime minister linked the issue of sustainability with various programmes his government had launched. “Our goal of creating a carbon sink of 2.5-3 billion tonnes of carbon dioxide equivalent by 2030 had once seemed difficult to many. Yet, we continue our steady progress on that path. According to the UNEP Gap Report, India is on track to meet its Copenhagen Pledge of reducing the emissions intensity of its GDP by 20-25 per cent over 2005 levels by 2020,” Modi elaborated.

Your form could not be submitted.
This browser settings will not support to add bookmarks programmatically. Please press Ctrl+D or change settings to bookmark this page.
Topics : #Narendra Modi | #Solar Energy | #National Solar Mission | #United Nations