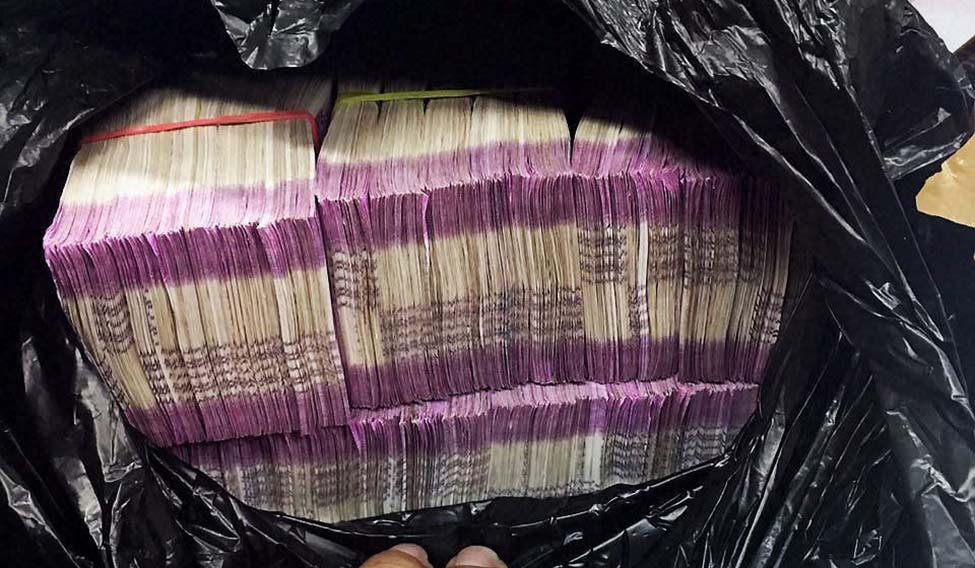 Operation Clean Money may go on for a few years, but it could well bring a bonanza for the government

Ides of March, in Roman times, was the deadline for settling debts. Indians, though, would do well to be beware of not March 15, but the end of March. For March 31 is the deadline to settle accounts with the income tax department, especially for those who deposited more than Rs 5 lakh in demonetised currency notes in their bank accounts between November 9 and December 31 last year.

On January 31, the IT department launched Operation Clean Money, which involves e-verification of large cash deposits made during November and December, when account holders were allowed to deposit demonetised currency in banks. The initial phase of the operation is set to end on March 31. It is also the cut-off date to register for the amnesty scheme called the Pradhan Mantri Garib Kalyan Deposit Scheme (PMGKDS), which the government launched last December for the benefit of tax defaulters who were willing to come clean. Under the scheme, defaulters could keep half the amount they disclose by paying a 50 per cent tax, and depositing 25 per cent of the amount as interest-free, four-year deposits.

The Taxation Laws (Second Amendment) Act, which came into force last December, provides for a penalty of 30 per cent of the income thus disclosed, along with a 10 per cent surcharge and a further penalty of 10 per cent. In short, a tax defaulter would get only 50 per cent of income disclosed under PMGKDS, half of which would mandatorily go as a zero-interest, four-year deposit.

“The legislation was necessitated when the government noticed that a taxpayer could offer any unexplained deposit of cash as current income, pay 30 per cent tax on it, and get away with all the sins of omission and commission. This was obviously not acceptable to the government,” said Hardayal Singh, former chief commissioner in the IT department.

Of 18 lakh people e-verified as part of Operation Clean Money so far, only 7.3 lakh said they had deposited demonetised currency in excess of Rs 5 lakh by February 15, the deadline for answering queries from the IT department. If they choose not to avail themselves of PMGKDS before March 31, the IT department will ask them more questions, about the source of the money and why they did not deposit it in their banks before November 9. They will also start looking into their tax returns.

Thanks to the amended act, IT officials do not have to explain the grounds that necessitate a raid, sending the fear of what critics had been calling “tax terrorism” into the heads of those who have been e-verified. “In all, 85 per cent of the undisclosed, unexplained money will be lost to the people who have deposited it,” said chartered accountant P. Sivaram. “It will be forfeited, which for some people can be a better option than being questioned or raided by IT sleuths.”

For its part, the IT department has decided to hand over the process of evaluating deposits made by the remaining 10.7 lakh people to data analytics companies. The companies will mine the deposit pattern of such account holders over the past two or more years. Sources said consulting companies have been roped in to track the cash trail in an expeditious manner.

“The second phase of Operation Clean Money will begin when the IT department gets data from banks regarding deposits made by these account holders before demonetisation,” said an independent chartered accountant who is consultant to the IT department. “They will compare them with the pattern of cash deposits in these accounts in the past two years, to start with, and go back further if need be.”

Data analytics will help link individuals with multiple accounts based on their PAN. Jan Dhan accounts with huge deposits will also be scrutinised, said sources.

This exercise by data analytics companies is expected to begin in the second week of April. A source said that the process of evaluating transactions could go on for more than a year, “depending on how far back the department decides to go”. According to revenue secretary Hasmukh Adhia, the operation could have several phases and can go on for two years or more.

While sources declined to comment on whether politicians and captains of industry figured in the list of 18 lakh people e-verified by the IT department, Prime Minister Narendra Modi recently told voters in Uttar Pradesh that he had details regarding leaders from other parties. “There could be names that won’t surprise, because everyone’s accounts are being scrutinised,” said an officer with the revenue department.

Though the government has been announcing details about Operation Clean Money, it remains tightlipped about the quantum of money that has come into the system in the form of demonetised notes. In January, RBI Governor Urjit Patel told a parliamentary standing committee that the money that came into the banks post demonetisation was still being counted. On December 10 last year, the RBI had estimated it to be at Rs 15.44 lakh crore, but the finance ministry rejected the figure.

Sources in the IT department say that the 18 lakh e-verified accounts together hold about Rs 4.5 lakh crore. “If that is the black money, and the government gets 50 per cent as tax, and 25 per cent as interest-free deposit, the government is sitting on a great bonanza,” said Sivaram.

Once the IT department receives reports from data analytics companies, it will decide how to proceed with the operation. There are hints that the department will again start with sending messages asking account holders to e-verify, before sending them notices under the IT Act. “As of now, the government may take the lenient view that most of them may not have registered themselves on the IT department’s e-portal,” said sources, “though their chartered accountants could have filed the returns online.”