We are battle ready at all times 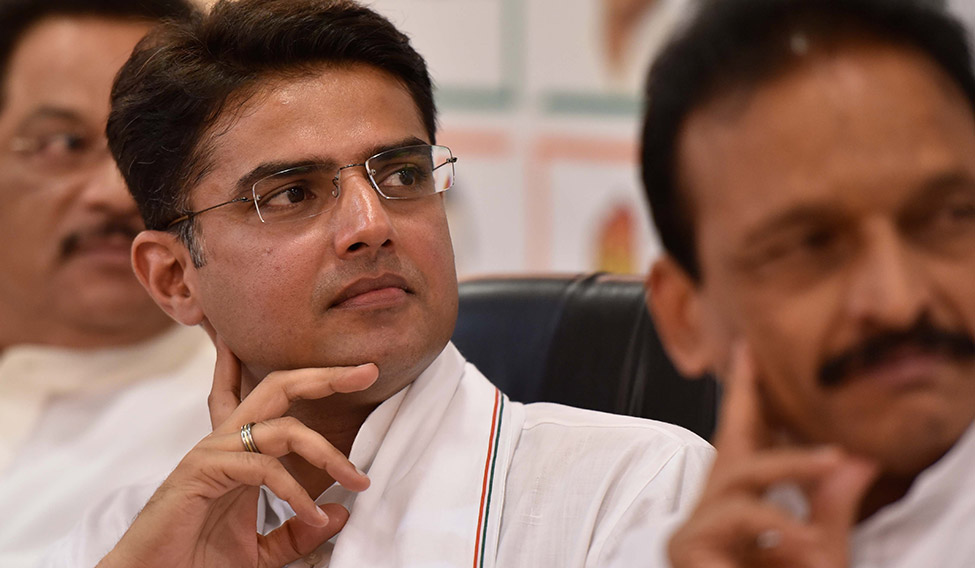 Sachin Pilot was given the task of reviving the Congress in Rajasthan after the party was humbled out of office in 2013 assembly polls. With elections to the state assembly due next year, Pilot scripts a story that is contrary to the general mood in the party. In an interview with THE WEEK, he says the party is battle ready at all times.

The recent assembly polls results did not go too well for the Congress. Are you worried?

We didn't do as well as we had hoped to in Uttar Pradesh and Uttarakhand, but let us not forget that Rajasthan borders Punjab, and there we got a two-third majority mandate. I think every state has a different story now, and it is wrong to say that one state will affect the other state.

The Congress has been an opposition party in Rajasthan for the last three-and-a-half years. With our effort, things have improved. So, I am confident that we will do well next year.

What makes you optimistic?

Every state has its own local issues, culture and organisational strength. And I am banking on those to help us get [back] to power. In the last Lok Sabha elections, the Congress polled 30 per cent votes, and the BJP 56 per cent. Last year we had local bodies panchayat elections. The Congress vote share was 45.5 per cent and the BJP was 47 per cent. So, the gap came down from 26 per cent to less than two per cent. We had four assembly by-elections in Rajasthan last year, where all the sitting MLAs were from the BJP. The Congress won three. Now, in the chief minister's [Vasundhara Raje] constituency in Jhalawar, we have a Congress chairperson. Same is the case in Dholpur. Even in Para where her son [Dushyant] is the MP, we have a Congress chairperson.

So, we have been doing consistently well in the civic body elections and panchayat elections. We have been performing better than expected.
And I think our hard work, the way we raised issues against the government and its corruption, has had a good resonance with the people. I have travelled the length and breadth of the state several times. And young people now are aligning themselves with the Congress. So, I don't think Uttar Pradesh, Uttarakhand and Goa [results] are going to have any impact in Rajasthan.

Are you getting any backing from the party high command?

The party fully supports every initiative I take. I was given the task of reviving the party in Rajasthan. I was made president of the state unit when we had only 21 of 200 MLAs. And since then I have got all the support from Delhi. The high command, in fact, has helped me get the party up on its feet again in Rajasthan.

Do you see yourself getting the freedom to choose candidates and allot tickets?

Freedom for me to give tickets and choose candidates is far away; our elections are in 2018. But it is obviously a consultative process, involving the opinions of all the state leaders and the All India Congress Committee (AICC). It is a collaborative process. But I am confident that we will pick winning candidates, and we will fight elections to win and form a government. The party high command in Delhi is helping the state develop its leadership. The real hard work has to be done in the state.

We have been bringing all communities together to form opinions that contribute to a public opinion. The very idea of having an AICC is to act as an enabler. We have to work on the ground.

There are reports of discord in the state unit?

The BJP has already set its sight on Lok Sabha 2019. Has the Congress begun its work in Rajasthan?

We are battle ready at all time, even for elections tomorrow if the government so desires. There is an old saying, “If you sweat in peace time, you don't bleed in war time.” I am always ready, my workers, block level workers, my frontal organisations... we are all ready.

We are evolving a better alternate governance model to give the people of Rajasthan a new vision of what the Congress party will do. What we will do in policing, in law and order, agriculture, education, environment, urban development and infrastructure. What has been done [by the BJP government] in the last three years has not gone down well with the people of Rajasthan. So, we are presenting the blueprint of a new vision.

What kind of work has gone into it so far?

For this we are engaging with non-traditional vote bank—all sections of people, the Rotary and Lion clubs, the chambers of commerce, the guild of doctors, farmers, campuses, young professors, lawyers, architects—so that the Congress becomes the voice of everybody.

The idea is to give the people of Rajasthan a better future, and so give a blueprint of things, which, when we do, will enhance the life of every citizen. For that, people must know tangibly what is on the table. It can't be slogans and it can't be anti-incumbency. It has to be a better alternate governance model. Changing a chief minister is not the idea.