Off course, of course!

In today’s day and age when planning is thought to be imperative in any policy-building exercise the world over, here we were trying to callously bulldoze the FYUP (four-year undergraduate programme)—in my opinion, the least thought-through educational reform in the history of the prestigious University of Delhi. While the proponents of this decision have supported the workings that went into this change by calling it nothing less than a ‘radical restructuring’ of courses, meant to ‘improve employability’ of graduates, like most questioning Indians, my reservations grew deeper with the hastily done procedures and selective participation of stakeholders in the entire transformation. 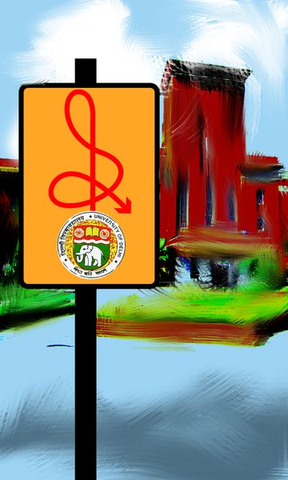 Amidst all the confusion that led to the FYUP being implemented, one look at the past one year’s newspapers will tell us how this was reportedly at the behest of the oral, and, later, written, instructions of the then Union HRD minister(s), who, perhaps, looked west for solutions to all of life’s problems.

No, the issue is not in introducing forward-thinking reforms or importing techniques or even borrowing ideas, the problem is in blindly aping a concept without proper thought, representation and involvement of the affected parties and due deliberations and diligence on the practicality and possible aftermath of implementing a “constitutional” change such as this.

A five-minute conversation with the teachers and the students of the programme or a mere glance at the contents of the course books of the much-touted Foundation Courses would demolish all arguments in favour of, and strip the facade off, the misplaced notion of what accounts for ‘employability’ in our country. Going by this logic, there would be no unemployment in our country after middle school if an added year at the university—of Grade 3 math, Grade 8 history and languages—upped the job prospects of pupils by a few notches.

However, unruffled by the heavy criticism this programme has attracted, the University of Bangalore in Karnataka has gone ahead and announced a 2 + 2 format for the undergraduate degree. By deciding to teach different modules in the additional year, the University of Bangalore does seem to have, prima facie, applied its mind; a lot, however, still remains to be seen on the four-year programme’s viability front.

As of today, the Congress stands divided on the FYUP issue, which was their own ministers’ pet project. This does make one wonder for whose benefit was this reform rushed through and how many more such decisions will the Congress term “nonsense” and disown for lack of feasibility. It is reminiscent of the bus rapid transit system, poorly copied from abroad, in a densely-populated city like Delhi, where badly planned lane-divisions have not only caused jams but also cost lives. No prizes for guessing that the only person who did not face any snarls was the then chief minister from the Congress who brought this in.

As Ralph Waldo Emerson said: “The secret of education lies in respecting the pupil”, the issue remains that, as it did through decades, we must stop demeaning our own. Just as the Delhi BRT is continually berated for being inspired by similar systems in comparatively sparsely-populated cities, mandating elementary and middle-school level subjects on an otherwise 90 per cent-plus high school pass student is unlikely to help him in his education, let alone train him in job-landing skills.

Now that the University of Delhi has scrapped the FYUP, hope rests on better sense to prevail in reforming policies while I look for a satisfactory explanation as also the logic behind doling out a humanities subject like psychology as a technical degree. Unfortunately, at the receiving end remain students who were enrolled in the BTech stream after being promised the moon sans the necessary wherewithal, and these likely guinea pigs (sic) have much to lose, not simply of the zero-loss variety.