Yesterday was the last day of my son’s school and his most favourite teacher, Peter, was leaving for good. An American, who had come for three years to a Mumbai school, was returning for further studies in education. He had been teary-eyed for the last few days. The children adore him and he adores them in equal measure. He is not one of those gregarious Americans but a quiet, affectionate and attentive one, who effortlessly bonds with the kids. For Vihaan, he was the last word.

Peter was so emotional leaving his bunch of five-year-olds, who, when they grow up may not even remember him. But it felt like he would. It reminded me of my days in Rishi Valley School, where I taught only for four months, but also my many associations through life with various people and groups that I have worked with. Those deep attachments that went way beyond ‘work’ are a part of who I am, though overtly they may not seem so significant now.

During my master’s in social work, twice a week I went to a slum in North Delhi. I worked with adolescent girls and soon they and their families became a part of my life. But my professor would often warn me, “Don’t get too close to the people you work with. Learn to keep a ‘professional distance’.” This phrase is not uncommon. A senior actor, almost 15 years ago, told me that I will never become a star because I don’t keep a distance from those on the set, especially the ones below me. “You are too accessible, Nandita!” he would say. Later, when I made Firaaq, I was told to ‘act like a director’. It would help maintain a ‘professional relationship’. 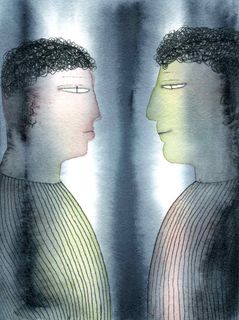 Is it possible that this rule of not getting emotionally close to colleagues, and more so subordinates, has created a fundamental flaw in the way we define work? Maybe, terms like work-life balance are in vogue because we are trained to make this distinction. While the divide seems logical, to me it doesn’t seem natural or instinctive. When work becomes an integral part of life, we are bound to have deeper connections with those in our workspace.

Hierarchy is one of the major culprits in separating work from life. A society like ours, that is traditionally so stratified, ensures that we are not attached to those beyond our class or constituency. But we become the losers as we limit ourselves and our experiences. It stops us from being more sensitive, compassionate, observant and embracing of life in general.

You could argue that there are many jobs that are more routine and to expect one to make it a part of life is impossible, or even undesirable. While the argument has some merit, I am thinking of the scores of people I have encountered who, even through their daily grind, have left an inimitable impression on my life. A taxi driver who shared his migration story, the doctor who addressed my stress as much as she cured my back pain or the vegetable-seller who gave unsolicited advice for my son’s sniffle—they all did something beyond professional expectations. Something personal, human, emotional.

For me emotionality is not a choice, but essential to living. My father, an artist in the true sense of the word, sees no distinction between work and life. He never uses the word 'practical' because he sees it as an antonym of being emotional and that for him amounts to being almost inhumane. Maybe, subconsciously, I have inherited his philosophy.

By this, I do not mean that there is no place for objectivity or impartiality, but the assumption that professionalism is achieved without the interference of emotions doesn’t sit with me well. I feel, to take things personally, to connect emotionally with those we work with, is fundamental to living. So why not listen to one’s instinct to share and hear, to bond and connect, at all times!