I comfortably call myself a ‘liberal’ but today I feel the need to explore further this modern progressive outlook that has come to be so maligned. I am frequently attacked for making a plea to examine our biases and prejudices, to understand the ‘other’ and to try to go beyond simple binaries of identity. To be a liberal is to stand up against religious bigotry and communal ideology, among other conservative notions. But ironically, when one does that one is called ‘sickular’, an online slur I have got used to.

I will continue to fight that battle but what disturbs me is the question of why I hesitate to respond strongly against acts of barbaric violence by Muslim terrorists or foolish comments by self-proclaimed leaders of the community. Perhaps because I know that if I did, they would jump at the opportunity and say, “We told you so; they are all violent and orthodox”. It is only because so often, and so easily, the whole Muslim community is referred to as ‘they’ that a liberal like me finds herself on the defensive.

The recent attacks in Pakistan, France and Nigeria have made it the question of the hour. Of course, we must speak up against such extremism, but in the same breath, we must ensure that a whole community is not slandered. The wide gap that exists between a terrorist and a regular Muslim on the street is narrowed by perceptions and generalisations. Every time there is an act of terrorism, a Muslim carpenter, driver, clerk, doctor, artist, professor… almost every Muslim is looked at with suspicion.

The vast variations of region, class and culture make it impossible to have a single identity of being a Muslim. But since America’s 9/11 and India’s 26/11 attacks, all Muslims are perceived to be fundamentalists, giving rise to terms like 'Islamophobia'. My hesitation to speak up is also because one is expected to respond in 140 characters on Twitter or in a two-minute television sound bite, which seem to be the order of the day. 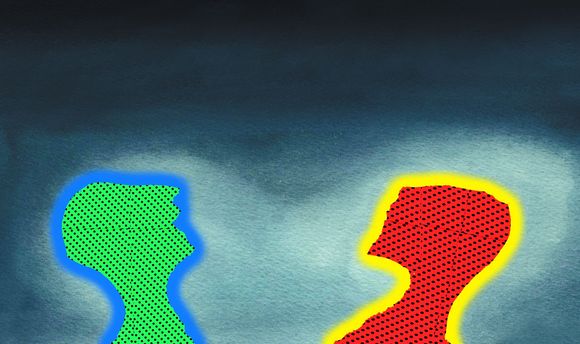 I know I share my frustration and dilemma with many liberals. But, for no one is the problem more acute than it is for a ‘Muslim liberal’. I hate such prefixes, but there is no escaping them in today’s world of identity politics. The liberal Muslim has to defend, justify and explain every act that is committed by his religion's minority deviant elements. Or he has to distance himself from his religious identity; like Amir in Disgraced, the Pulitzer prize-winning play by Ayad Akhtar that I got to see in New York. Amir changes his Muslim last name to Kapoor so that he doesn’t have to deal with the sectarian prejudice on a daily basis. But, eventually, he has to come to terms with his own self-loathing and prejudices of others that he cannot wish away.

In my film Firaaq, there was a character named Sameer Shaikh, a liberal born in a Muslim family who grapples with issues of identity and fear. When in danger, he hides behind his first name, as it is also a common Hindu name, but he knows that he is always vulnerable because of his last name. He oscillates between wanting to distance himself from his Muslim identity and wanting to claim it. Invariably, after every screening in India and elsewhere, some young man would walk up to me and say, “I am that Sameer Shaikh”. In that moment, I would feel the same sinking sensation of guilt that I experienced when I conceived the character of Sameer.

A liberal like me who was born in a Hindu family will never know how exactly the world looks like for ‘them’, just as most upper castes will not know the deep wounds of caste discrimination, nor will most men know what it is to have their world circumscribed in ways that women experience every day. But I hope the understanding of these complexities will be different within this shrinking category of ‘us’ liberals.