Though you will read this almost a month later, I am writing it now on my way back from Broome, a place I didn’t even know existed till a few days ago. At times, things fall into your lap and you lap them up, because they are irresistible! Out of the blue, an Australian producer approached me to write a script about an Indian woman’s journey in Australia. There is a lot more to it, but for now my lips are sealed.

So there I was, on my first research trip to Broome, a seaside town in Western Australia, where a large part of the film is set. A small, charming town with barely two lakh people, it was distinct by its sheer diversity, contrary to the perception of the 'white' Australia that we have come to know through their politicians, cricketers and actors. While we know that the Aboriginals were once the only inhabitants of the entire continent, now reflecting on it, their absence from Australian public life does seem strange.

There is an absurd story behind this invisibility. The British colonisers had specific rules for their conquests. One of these rules made it mandatory to declare if the place was already inhabited. But the early colonisers of Australia denied the existence of any humans. The Aboriginals were considered part of fisheries and fauna till as recently as 1967!

Successive Australian governments have tried to right this historical wrong. Apart from the usual affirmative actions, a symbolic gesture was what struck me. Since 1997, May 26 has been commemorated as the National Sorry Day in remembrance of the mistreatment of the indigenous people, especially the ‘stolen generations’. This term refers to Aboriginals who were forcibly removed from their families, as children, by government agencies and church missions. Some were ‘stolen’ for domestic work in white homes and some for adoption. This trend started from the late 1800s and continued till the 1970s. It is believed that it was done primarily to weaken indigenous culture, language and identity. 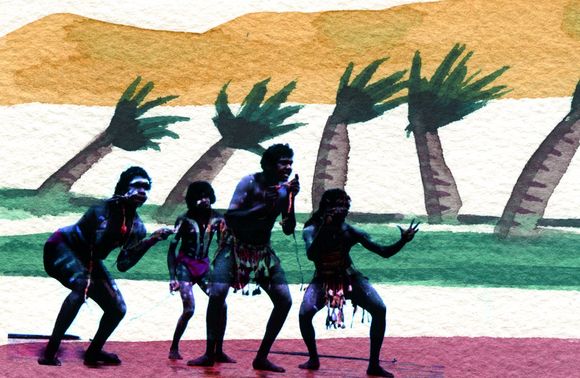 We think of the two world wars as the biggest tragedies of the last century. While that is true, other mass atrocities often escape our attention. Many Aboriginal families were affected by these abductions. They were mostly the lighter-skinned ones as it was easier to ‘integrate’ them. There are many white families who still bear the guilt of participating in this forcible race assimilation. Our own project consultant broke down while talking about it, as she herself grew up with a ‘stolen’ child. For her family, this day was an atonement of sorts.

Broome, a town of many ‘stolen’ children, owes its mixed race, which they call half-caste, to the 150-year-old pearling industry. It brought divers mostly from Southeast Asia and there was inevitable mixing with Europeans and Aboriginals. The presence of Asia in Broome was evident to me in its restaurants and cemeteries, not to mention in the facial features of many. The complexity of races and identities seemed to be playing out fully in this little town.

While there were many differences, I could not help but think of the similarities with our own marginalised communities, like the tribals. The attempt to homogenise them, despite their varied languages, customs and rituals is all too familiar. Pushing them away from their land and denying them their rights in the name of development is not so different and is now happening at a scale greater than ever.

Exploring these similarities and differences through a creative eye is surely going to be a challenging and exciting journey. As someone astutely said, “To those who tell stories, many stories are told”. While the producers want to stretch my role as an actor or director of the film, I will take one step at a time. The actor in me is helping me think like the protagonist and the director in me is helping me visualise it. But, for now I need to turn my short and real journey into a long and fictional one.