There have been news reports about stolen idols being recovered from smugglers or art galleries, within India. In the last few years, there have been highly visible returns of idols and antiquities from abroad, too. Loot of cultural heritage is not new. Colonial history is replete with such instances and the British Museum has been described as the world’s largest receiver of stolen goods.

There is a stock of colonial loot, whether it is the Kohinoor diamond or Tipu Sultan’s wooden tiger, scattered across museums. And there is a flow of loot of cultural heritage that goes on, flagged by UNESCO and Interpol alike. Negotiating the return of colonial loot is tough, though some European countries (France, and the Netherlands) have done it. But stemming current loot should be easier. 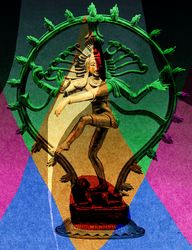 This is not only about idols. Antiquities and art treasures have broad definitions, covering coins, paintings and manuscripts, too. Unless the government wishes to do so, you cannot export anything that is more than one hundred years old (it is 75 years for a manuscript). The government can compulsorily acquire such stuff (with compensation) and there is a provision for registration. The registration is not mandatory. In any event, universal registration of all cultural heritage (as defined under AAT) is impossible in a country like India.

Let us zero in on idols. As an example, take Tamil Nadu and Hindu Religious and Charitable Endowments Department, which manages and controls temple administration of 36,425 temples and 47 temples belonging to mutts. If one looks at actual registration and matches it against estimated number of artefacts across these temples, one shudders:

(1) Registration is tardy and incomplete.

(2) There is no database using modern technology.

(3) There is no exchange of information across states, no centralised inventory.

(4) Once an object has been registered under AAT, it can only be sold to someone who is granted a licence, typically a dealer. But registration of the sale/purchase is perfunctory and there is no intermittent audit on the licensee who continues to possess it. Stated bluntly, even when registered, an object can simply vanish.

If this sounds fanciful, read a 2013 CAG report on preservation and conservation of monuments and antiquities, or S. Vijay Kumar’s book on exploits of Subhash Kapoor, the nabbed idol thief. Since non-antiquity certificates required for export cannot be depended upon, the idol vanishes abroad. Whatever be the intent, law and enforcement possess no teeth.

This brings me to the controversial Places of Worship (Special Provisions) Act of 1991 and please do not take my proposition out of context and misunderstand its intent. A functioning temple is always better protected (theft-wise) than one where worship is not current, since devotees and citizens are more vigilant in the former. Once a temple comes under ASI’s protection, no new worship can be permitted there. Forget present cases and controversies around the 1991 legislation. As a general principle, to prevent loot, are we better off with ASI protection or without it? I wish I could be confident about my answer. Monuments, perhaps. Temples, I am not sure.

Bibek Debroy is chairman of the Economic Advisory Council to the prime minister.